I need to decide on speakers today 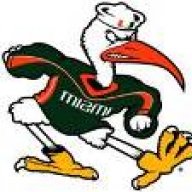 I don't need audiophile sound as i am playing iTunes and Pandora by the pool at now to mid levels. But I want CLEAR and depth in the sound. 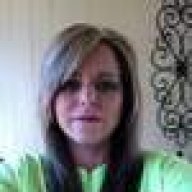 We installed 4 of these http://www.amazon.com/Yamaha-NS-AW3...O4/ref=sr_1_11?ie=UTF8&qid=1334846605&sr=8-11 Yamahas last weekend. The sound quality is awesome for the money. I'm very pleased with them. Now I'm glad I didn't spend the extra money on any of the others we considered. I actually purchased ours from tigerdirect.com, but their site seems to be down this morning. It could be my crazy computer though.

I have Yamaha speakers mounted outside and they sound great, if you correctly match the amp to the speakers mine freak'n rock and sound great. I don't remember the exact model offhand it in general Yamaha makes nice speakers.
The other speaker you listed I have never owned.

Highlandreef said:
I have Yamaha speakers mounted outside and they sound great, if you correctly match the amp to the speakers mine freak'n rock and sound great. I don't remember the exact model offhand it in general Yamaha makes nice speakers.
The other speaker you listed I have never owned.
Click to expand...

Pic of the jamo

I am using some insignia rock speakers from BB. They do a really good job for around 100, and can blend in.
P

I am a fan of Yamaha...but never used/heard Jamo speakers..
D

I don't need audiophile sound as i am playing iTunes and Pandora by the pool at now to mid levels. But I want CLEAR and depth in the sound.
Click to expand...

Not trying to hijack this, but has anyone used wireless speakers that don't suck?

I am also don't need audiophile sound outside. I was thinking of the Rocketfish wireless speakers but I really don't know.
J

Too much for my budget.

My installer is recommending 4 speakers for my deck area.
It's 45x28 with the pool. 110w rms amp pushing the yamaha speakers.

What do you guys think?
B

This is the set up I went with. I don't have them hooked up yet but I will by the end of the week. I don't remember the total cost but I bought all of it wholesale from a friend for around $1400.

For those not familiar with this site, I wanted to share - http://www.outdoorspeakerdepot.com/

Excellent source for affordable speakers. They have all kinds of speakers. I am using the AP640 speakers for my pool area and they are great. I do A/V Home Theater installs on the side and have used their speakers on a number of jobs with great results. You simply can't beat the quality for the price point. Fast shipping too...
T

I just ordered some of those Yamahas and am wondering what you guys think would be the best receiver to get. I am not looking to blow out the neighborhood, just want quality sound for our 40x30 pool deck. Ideally, under $200 and with inputs for laptop / Droid phone / iPod. Any suggestions?
C

Pretty much any receiver with over 50W/ch will do. Since dB are on an exponential scale, most of the sound you will get out of those speakers will be within the first 10W. After that, the difference in output is relatively minor. For each doubling of power, you get a 3 db increase in sound output. I've seemed to collect a bunch of rather nice Dolby Pro surround receivers that are great for this application. These were replaced with newer 7.1 channel receivers for home theater use. I actually think most older receivers have better sound because they only had to pack 2 channels into an IC, whereas now they have to pack 7+ channels into their ICs to be able to supply all that other functionality for a reasonable cost. If you or friends don't have an old stereo or Dolby Pro surround receiver, you can probably find one at a garage sale or on eBay for cheap. There are still new ones too. Obviously, you don't need a 7.1 channel receiver for this application. Integrated amps, though typically more expensive, are also an option. Also Outdoor Speaker Depot sells small integrated amps for a decent price that will work well and have plenty of inputs.

BTW, on older receivers or integrated amps, you will typically have tape, CD, aux and phono inputs. The former three can all serve as independent sources via connection of your iPod, Squeezebox, computer soundcard, etc. via RCA cables. However, the phono input should be avoided, as it runs at a different impedance and has an RIAA equalization filter that will significantly alter the sound of one of these newer types of inputs. The rest should be fine for your use.
N

demarco said:
Not trying to hijack this, but has anyone used wireless speakers that don't suck?

I am also don't need audiophile sound outside. I was thinking of the Rocketfish wireless speakers but I really don't know.
Click to expand...

I use a Logitech Squeezebox Radio, which is a network music system, so not exactly the same as wireless speakers. I have been a Squeezebox user for a long time and was thrilled when they came out with a portable player. I have been through a multitude of trials and tribulations with pool-side audio (including wireless speakers that sucked) and this is my favorite solution by far. I unplug the Radio from my bathroom and carry it with me out to the pool, where I control it by remote or with my iPod touch. I have the battery back so it's just one thing to carry. I keep it sync'd with the other Squeezebox players in my house so when I go outside I can pick up listening to whatever I was playing inside. The cost of one Radio is in range of most wireless speakers, but it is a whole lot more flexible. I wrote a little more about the Squeezebox system in this thread. 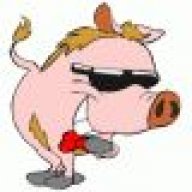 NullQwerty said:
For future readers, I picked up a pair of these and am quite impressed:
http://www.amazon.com/Klipsch-KHO-7-Out ... 334&sr=1-1
Click to expand...

Best Buy had these up through yesterday for $199. I almost pulled the trigger, but read on Crutchfield that they don't recommend mounting to cedar siding. So I was contemplating other options, like mounting in a couple oak trees on the other side of the pool, or going with rock speakers. Still undecided. 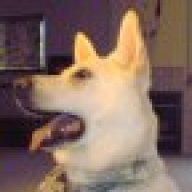 I picked up the same Klipsch (KHO-7) last year for the deck. Extremely pleased with the results.. actually received a number of compliments on them.
Got them at BB on sale as well. Follow the directions in choosing the mounting location. You'll be surprised at how much bass a small(ish) outdoor speaker can have.

Best of luck in your search.

I've got these BOSE outdoor speakers. I've got 4 surrounding the pool (2 viewable here). I really like them. When you crank them up, it certainly surrounds the pool. They were ideal for me since I wanted to bury them into the deck.

Anyone use CAT6 HDMI BALUNs? Help getting receiver/speakers/TV setup correctly over outdoor fireplace

Speakers are in the ground. Minor issue.