Finally Reaping the Benefits of Borating

Well were going into the second swim season on the BBB method, and I'm finally reaping the full benefits of Borating on the BBB method! My PH has stabilized to the point it stopped climbing up! I added Borates last season and didn't really see anything from it but this year doing the same thing as last year the PH has stopped climbing. Actually I had to water down the acid in the dosing system because it was lowering it to much! I put 1 gallon in it about 5 weeks ago and its basically just water in there now! Filled 3 times with just pool water so I don't think there is any left in there. Todays test looks like the last 4 weeks testing! Water is crystal clear and swimming is great! Thanks guys! 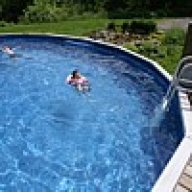 Have you noticed reduced chlorine demand? I noticed that I'm using about 1.5ppm/day on hot days now compared to 2.5 last year.