Do winterization plugs have a prolonged useful life or should they all be automatically replaced after x amount of years? Gearing up for my close, this will be the second year we will close on our own, fourth overall since the pool was opened. So just trying to think ahead. Definitely frozen pool surface ice underneath our mesh cover during the winters here in NJ.

Let's see if @Catanzaro has any advice.

Depends what type of plugs you are asking about. Rubber winterization plugs can be reused many seasons as long as they seal.

Gizzmos say they are single season use but most folks continue using them.

I have the black rubber plug with wingnuts of various sizes. I did have two gizmos for the skimmers, and i couldn't get one to stop leaking last close, so i used the rubber plugs instead for both.

Plugs can last anywhere from 1 year to 5 years. I would suggest discarding them after 3 seasons. The Gizzmo's should have a gasket and a lot of Teflon tape. The problem with the rubber O-Ring is they can not be replaced and are hard to find, and they cost almost as much as the whole unit. Most of the time, the Gizzmo's are threaded in and cross-threaded. I recommend after clearing the lines for a little bit, shut off the blower and carefully install the Gizzmo halfway, then turn back on for more water to come out, then tighten until no more air bubbles. Once you remove water, leaving a little bit of water makes no difference.
C

I have some rubber freeze plugs with wing nuts that I've used in excess of 15 years. I guess based upon some of the input, maybe I should consider replacing this year, although I've not yet had any problems with them.

The strange part about winter plugs is that sometimes they last a long time, and sometimes one year. I have had plugs leak no matter what until I put a new one and then no issues. I close about 7-10 pools per year, so hit or miss. I would honestly say that the plugs should be inspected yearly, or upon opening. If they have absolutely no cracks in them, then you can reuse them. Any signs of cracking or a real dry (not soft) plug, discard it. They are relatively inexpensive to replace if you purchase in bulk and keep them around.

After closing several pools this week, here is what I come up with. If you live in a really cold area where the water freezes 1'-2' in the pool, then I highly suggest you replace the winter plugs yearly. Here are my thoughts. Most pool companies leave everything open so after the return lines are cleared, the skimmers go next, and then the main drain. The air is essentially out of the return lines, so you really do not know that air is escaping and water is coming back in. The winter plugs create groves or lines in them when you install them into the return threads. Once sealed, they will not leak. However, the following year, it is almost impossible to create the same type of seal, which could actually cause an air leak. We isolated the suction and skimmer side and no matter what we had tiny air bubbles. I removed 2 old ones with 2 new ones and they did not leak under pressure. This tells your plugs do not last as long as we think they do. If anyone has pressurized and isolated the return side only and has had no leaking plugs, then please tell us why you think this is happening.

With most of the parts in NJ, the water will only free 1"-2" at most on the surface thereby creating conditions that are not too bad. Maybe I am off on this one. I have 2 step returns where the threads are deep (#11 plugs) and the plugs I use are at least 5-7 years old and they have never leaked because they seal inside a flush housing (if this makes sense). 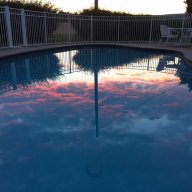 Catanzaro said:
The strange part about winter plugs is that sometimes they last a long time, and sometimes one year.
Click to expand...

Or less! I've started buying new plugs each summer. This year, however, one of the new plugs I bought just did not seal a return line, so I went back to an older plug. Llike many of us I'm sure, I keep a good amount of old gaskets, plugs, etc. just in case, but recently discarded some of the plugs that really looked worn from many years of use. As we all know, new sometimes does not equal better! I noticed that on the ones I just bought the bolt has a taper to it on the end that goes inside the plumbing. As a result, the plate it sits against does not appear to be as tight a seal as a previous style of plug I've always bought where the bolt doesn't have that taper, thus allowing basically a flush fitting at the end. This new one is not flush against the washer. Maybe they don't make them that way anymore - but seems like being flat is a better design. Of course, the plug only needs to be air tight at the opposite (wing-nut) end, but I still think air could find its way through the bolt shaft. At any rate, I threw away the new plug after several attempts with it - so that one had a particularly short life here!

C4ST said:
I have some rubber freeze plugs with wing nuts that I've used in excess of 15 years
Click to expand...

Wow! Not sure I ever used some that long. It COULD be a case of..."they don't make 'em like that anymore"

Interestingly enough, I just closed my pool. I used brand new # 10 plugs and had issues with them leaking. The strange part is that as soon as a little bit of air is released from one of the plugs in the pool, they stop leaking. It could be because if they are on the outside of the housing, they do not seal 100%. Because the winters are mild here in Southern NJ, I am not overly concerned. After I was done, I called one of my friends who closes his own pool. He stated that after years of having issues with the # 10 leaking plugs, he switched to the deep ones (8X) with the wing nuts. I tried these in the past and they must be real flush or will pop out because you are working underwater.

EDIT: I have 2 Unions and a pipe after the heater, and right before the water enters the pool (after all return shut off valves), and just did a test, where I loosened up one of the unions, just a hair turn, and air hissed out, escaped and is in the system. I quickly closed the union. This is telling me that even though there were bubbles present and I relieved some pressure and they stopped leaking, that somehow air is still trapped in the lines, and water is not getting back in. This will always be a mystery!

I even had one that I purchased and placed a plug inside, filled with water, and turned upside down, and no water is dripping out of the plug. Please see the pictures on the # 11 post. Used # 10 and # 8X, in both experiments and nothing is coming out. Even though the plugs leak air, the real question now becomes does water slowly enter back in the line. Next year, I am going to quickly remove one plug, install a # 10 winter blow-thru plug and push air back (underwater) to the equipment pad. I have a union for the Anode after everything, so this will be interesting to see how much water is in the line. I made myself a little reminder so I do not forget.

For some strange reason, all the pools we close (friends only), and the plugs they have are all # 10 winter plugs. The question is do they always leak or is there some mad science to all of this.
Last edited: Oct 9, 2021

I have even filled water with the #10 and the # 8X, turned upside and no water has leaked out over the test run. However, air escapes from the inside. SMH ... 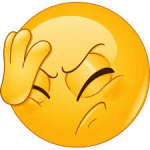 Please advise what size plugs you are using in your inground swimming pool. 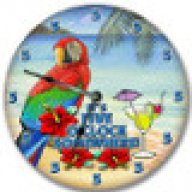 Gizzmos say they are single season use but most folks continue using them.

i've used the same one for 30 years. may be time to replace it. nah.

The key to the Gizzmo's is to remove old Teflon Tape, add new tape, and slowly thread them in, as to not cross-thread them. They are of inexpensive quality. The pool we just closed, the Gizzmo was so bad, we installed a # 10 plug and called it a day. Would not go in properly. 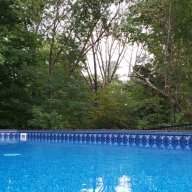 The rubber expanding wingnut plugs make me nervous. I haven't closed yet, but this year I bought some threaded plugs and I plan to use those instead. Is there a reason these seem to be far less common than the rubber ones?

I had those plugs and they leaked. This does not mean that water is entering back in. I feel that in regular winter plugs (#10), there is some residual air from where the threaded part starts inside, and technically a plug has sealed on the inside and outside, but there is that small gap. Once the air is out, the seal is there. I have a dummy return filled with water and plugged off and no water is leaking back. This tells you there are no leaks. Next year, I will use a blow thru plug and work backwards to truly see how much water has entered into the lines.

Check your frost line in your area. This will make you feel better. Most lines are 3' down in the ground. The skimmers have Gizzmo's, foam rope etc. for expansion and ice. One year, I performed a test where there was a tube filled out with 100% water, and capped off. The cap lifted up about 2" on a 36" pipe from expansion. This is about 5% movement. There is about a 9% expansion, which makes sense, given the cap was curved. There is a low probability of freezing, to begin with, but we should all take precautions. Thanks!
You must log in or register to reply here.

Steps to Closing Pool/Help Me Verify