I am having a gunite shell pool built in Northern Virginia. I have never done this before, so everything is new and the learning curve has been steep for me. The land engineer discovered rock only a foot and a half into the ground in my backyard, and the rocks had to be broken and carted away for 3+ days. As far as I could tell, my pool will be sitting on rock.

The pool builder subcontracted the shotcrete pouring. That subcontractor showed up with a wrong mixture and couldn’t pour much and had to return another day. The day after the second pouring, I began to spray water on it and did so for a week.

The day after that second pouring, a hairline crack appeared across the entire width of the pool. It has gotten thicker since (it’s been about three weeks) and other cracks have appeared as well. When queried about the cracks, the builder told me that they will be resolved with epoxy. Not having any experience in the matter, I read up on it and found contradicting information online, some suggesting that’s fine, others suggesting it‘s inadequate. Is this an appropriate solution? I’d appreciate some input from more experienced experts and owners here.

I’m attaching the photographs of the cracks with this post. 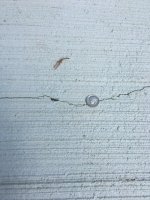 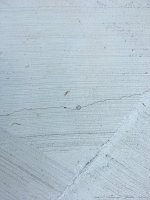 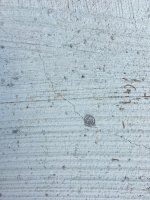 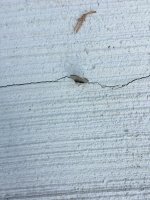 Seeing the cracks tells me nothing if they are structural or cosmetic spider cracks.

Do you have pictures of the rebar framed hole before the gunite was shot?

Do you have pictures of what the coverage was on the rebar after the first attempt?

Was there rebar to be encased by the second pour?

Was a bonding coat put on between the first and second pour?

The overall structure of the shell should be evaluated by a Professional Engineer to consider how the rebar, first pour and second pour are structurally connected.

These cracks may be shrinkage spider cracks in the second pour and not structurally significant. In which case nothing needs to be done and the plaster will waterproof it.

Epoxy alone provides no structural repair. It takes methods like these....

If the cracks are just superficial, you should be OK. If they are structural they will just crack the plaster (and leak) after a short time. I'd get, in writing, a guarantee from the builder that if the plaster cracks, he will effect the necessary repairs to the shell and replaster/retile/recope the pool.

Or, he can just fix it properly now (epoxy won't fix a structural crack).
N

Thank you for the replies. How would one determine whether the cracks are structural or superficial? I unfortunately do not have pictures of the rebar installation and the shotcrete pouring. The first pour was very minimal, I think the pour was barely covering the ground of about 1/4 of the pool size when it was discovered that the mix was wrong and the tube from the truck was clogging. Then the truck and the crew came back about a week later and did the rest (almost the whole thing). I asked the builder about any structural issues from the two different pours and he never replied.

When I discovered the crack, the day after the second pour, I asked by email about it, and I received a terse email back - “We’ll fix it with epoxy.” After these weeks, more cracks appeared and the existing one is thicker, and I wrote him. “Will come out tomorrow and resolve“ was the reply. After a week, I heard nothing back and wrote again, and the reply was “So-and-so was there already. We’ll epoxy it.” (I communicate by email, because they never answer phone calls). At this point, I’m thinking a visit to the office is in order. Any advice on what to say would be appreciated.

There is epoxy and there is EPOXY. What specific epoxy repair techniques will be used? You need engineering specifics.

Will the repair just fill the cracks or add any structural support?

If you are really concerned then you need to hire a professional engineer to examine the structure. He may need to drill out a core sample and send it to a lab to examine the layers of concrete and their strength.
N

The exact term my builder used was “epoxy injection.”

Get links to information on the repair method and who the manufacturer of the method and materials is.
You must log in or register to reply here.
Thread Status
Hello , This is an inactive thread. Any new postings here are unlikely to be seen or responded to by other members. You will get much more visibility by Starting A New Thread

P
Cracks after shotcrete, is it normal?

Under Construction Sep 7, 2021
JMPool99
J
R
Cracks in new shotcrete shell - should I be worried?

Pool deck crack only when wet??