I had the WEP-6 motor on my waterfall pump short out so I replaced it with a Jacuzzi brand motor from Leslie's. I spent most of yesterday switching out the breaker on the pentair control panel and then connecting the electrical. I was scratching my head for hours until I realized that a two-phase 115 volt motor is actually in 230V mode! a slider switch!

Now it turns on but it has quite a bit of squeak and it just doesn't seem to fill up and go. I don't think I know of a check valve or any place to add water. I try to fill the pump up as much as I can but it doesn't seem like it's sucking, just spinning (I can see a lot of churn in the basket) I don't know if it's possible that I put the impeller on wrong or got something backwards between the motor and the pump flange, so I hope someone here has ideas.

Since you seem to be experiencing a few issues after the motor swap, it's probably best we tag @JamesW for help on this one. While waiting, you might post a pic of the new motor label and the WEP-6 as well. What type of go-kit or parts did you install during the swap (shaft seal, etc)? That additional info might help.
J

Maybe the seal is installed incorrectly.

I would take it apart and redo everything.
M

I'll get some pictures soon. When you say take it apart and redo everything, do you mean take the motor off the whisperflo or disassemble the impeller assembly and redo all of that?
J

Mynameisnate said:
disassemble the impeller assembly and redo all of that?
Click to expand...

Yes, replace the seal and make sure that it goes in correctly.
M

Here's the jacuzzi pump I have. I went and re-tightened everything and after filling it (before it ran out) I got the top on and it actually pumped some water out but then stopped. I'm at a loss. 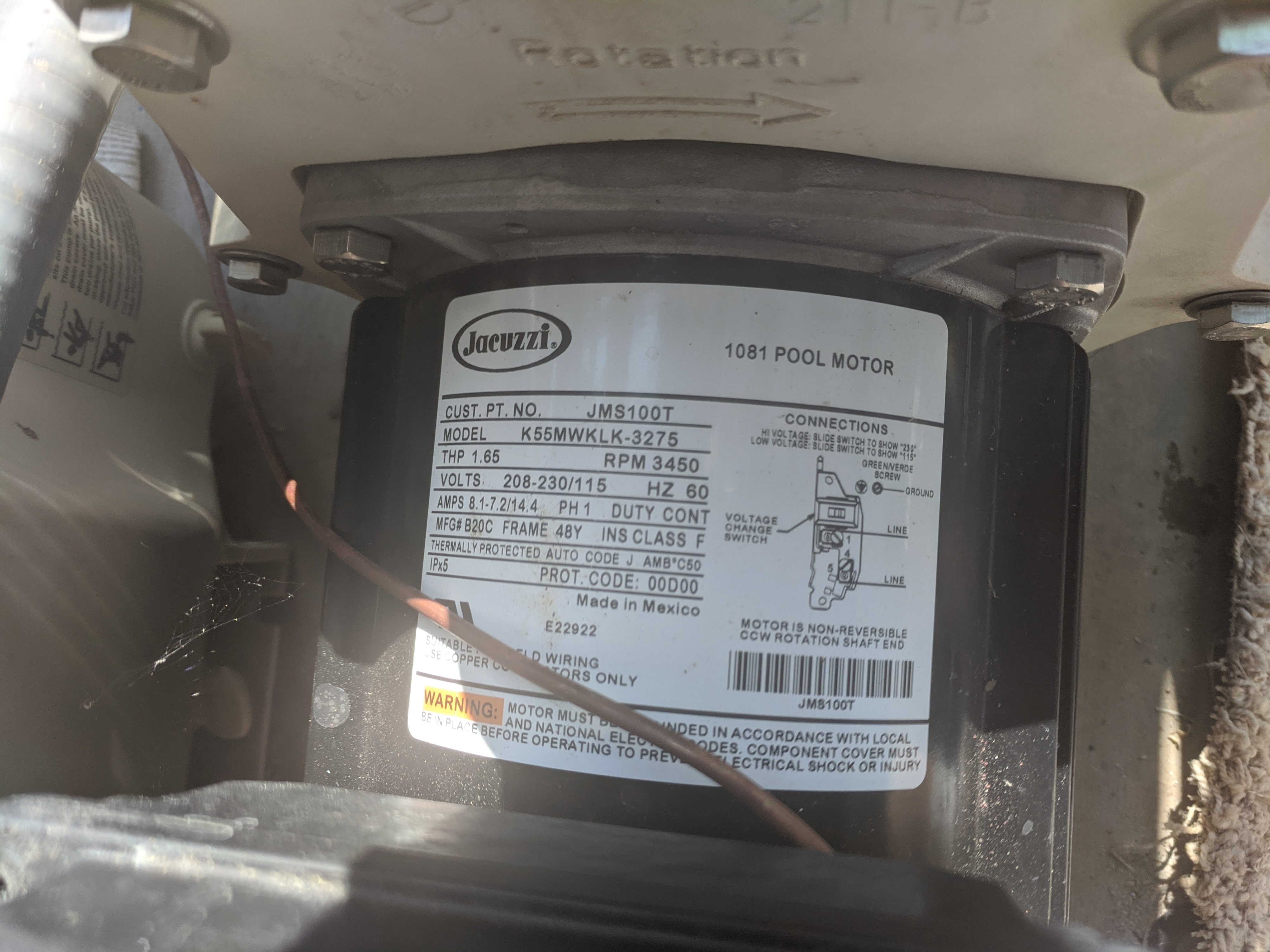 Here's my pump
You must log in or register to reply here.
Thread Status
Hello , This is an inactive thread. Any new postings here are unlikely to be seen or responded to by other members. You will get much more visibility by Starting A New Thread

T
Hayward Waterfall Pump dead, can I replace with Whisperflo?