Which numbers do I use? 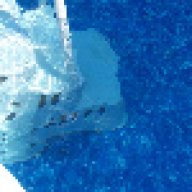 Last night I started to battle a late season algea bloom. My numbers were:

So I added bleach to bring it to shock levels per chem geeks chart. Tonight my numbers are

My question is do I added enough bleach per chem geeks numbers from tonights readings or continue with treatment using last nights treatment numbers :?: Water is still cloudy but not green anymore. Gave the pool a good vacc and brush last night and a good brush again tonight. :?:
What does the water temp have to be before this stuff stops growing :?:

Always use your most recent numbers. I wonder why your CYA seemed to go up... if you have a lot of floating algae, sometimes this can interfere with the CYA test.
I would assume CYA of 100 and treat from there. Keep your FC at or just above 25. If you can, retest in the morning, and add bleach again to get it back to 25.
Algae stops (or slows down significantly) in temps lower than 50.

According to chem geeks numbers our shock numbers for last nights numbers should have been 35. Tonight according to our CYA test results our shock chlorine goal should be 39. Is this the number we need our goal to be or should I keep it around 26 ?
C

If you noticed the superscript of 2 in the chart for any FC level above 25 ppm, it says that such higher FC levels will make the shock killing of algae go fast, but it's a pretty ridiculously high level of chlorine and that it is usually better to do a partial drain/refill to lower the CYA level via dilution and to just use a lower FC level of around 25 ppm in the meantime. 25 ppm will still be fine -- it's just a little slower in killing the algae, but at some point you are going to have to do a partial drain/refill to lower your CYA anyway so why not do that now to get rid of some of the algae as well.

By the way, cloudy and not green means you've killed the algae and now just need to remove it. If you do some vacuum to waste if the algae has settled at all, and you fill the pool with new water, then you can both remove some algae and dilute the CYA at the same time. Your pool is on its way to getting cleared up, but unless you lower the CYA level it will be hard to keep the algae away without rather high FC levels or use of an algaecide. As for temperature, the lower water temp will slow down algae growth, but some people have even found algae growing under iced-over pools, albeit a very small amount that grows very slowly. Most pools, however, don't have algae growth when the water temp is below 50 or so.

As soon as this last algea bloom is done we are closing the pool but were going to try the solar cover/leaf net deal and not drain any water. If your suggesting partial drain and refill we will just cover it and be done with it untill next spring. Any thoughts on this ?

Wait till next spring. If you are lucky some of the CYA will go away during the winter.

The CYA test can read high if the water is cloudy or murky. 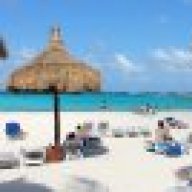 chem geek said:
but at some point you are going to have to do a partial drain/refill to lower your CYA anyway so why not do that now to get rid of some of the algae as well.

I disagree. If he waits this out and clears the pool, then rechecks his CYA, he may find that some CYA has been eaten by the algae. Moreover, if he is going to close in a month or so, then why not close even with a high CYA, and see if it degrades over the winter? This has been known to occur. Wouldn't it suck if he drained/refilled now, had a CYA of 35-40, closed, then opened to zero next year? I went from a CYA reading of 70 last year at closing, to 30 this year at opening.

N
Need to shock and change filter. Which order?

A
Struggling with algae but decent numbers