Where did my CYA go?? 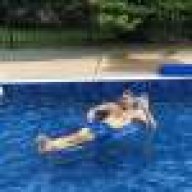 It was my first time running into this issue, so thought I would reach out to the experts. This is our second year with the pool.
Opened the pool on May 3rd, water level was very low due to an unusally warm December and January (warm for Minnesota!) so had to add a bunch of city water prior to opening. tested CYA level, as expected was low but I was able to get it up to 65ppm per the TFP SWG target recommendations (I probably could've gone higher to 70-80 but used 65ppm last summer with no issues) and very minimal daily FC loss (0.2-0.5ppm per day).
Water has been perfect, no issues with the water balance all summer. Did not do any additional CYA checks aside from the pool opening.
I use rain water to fill the pool when the water level gets low, and I've done this about 3-4 times so far this summer. So naturally I expect some CYA dilution but figured it wouldn't be that much. I run my SWG usually at 15-20% pump run time and give a 100% boost for pool parties, which we have every 1-2 weeks. temp usually 80-85 but it has been VERY hot here the last week and the water temp is reading more like 90degrees these days. I keep the opaque electric safety cover on whenever not in use.

Anyway, did my usual testing this past Sunday (Jul 28th):
FC 3
CC 0.5
pH 7.4
Didn't like the lowish FC level so added 242oz 8.25% bleach. this should have brought the FC up to about 8 (did not retest after)
salinity 3400ppm using Taylor salt test kit, and 3300 according the SWG panel.
TA was 100 during a recent test. I don't check this too often as I don't tend to have significant pH climbs.

The deep end was looking *just a bit* cloudy today (I was probably being paranoid) so I retested today (Aug 1)
FC 0!!! tried adding more of the DPD reagent per the instructions. nothing.
didn't get past the FC step with the Taylor kit because i freaked out.
CYA <50 maybe even closer to 40, had trouble figuring out exactly when the black dot disappeared using the taylor kit. as a reminder, CYA was 65 in early may.

So, I am adding more CYA to target 65-70ppm over the next week.
With the minimal combined chlorine and unchanged CC level from prior readings when the water balance was fine, I am fairly confident I don't have an algae problem but rather my my stabilizer was depleted thus causing a quick drop in the FC levels.

My question is: where did the CYA go? I looked at a very detailed post by chem geek, in which he explained causes of CYA degradation. admittedly, 90% of his post was over my head in terms of the chemistry, but from what I understand, my CYA loss may be related to (1) dilution from rain water, (2) degradation by unusually high temps lately and (3) me perhaps running my FC levels higher than I should, I try to run at 10% of the CYA so something like 6-7. basically I dose with bleach whenever the FC is trending toward 3-4. Anyway, assuming today's CYA was indeed closer to 45, that would be a loss of 20ppm over approximately 80 days = 0.25ppm per day or 30% CYA loss since the pool opening.

Is this is a normal rate of CYA loss? should I be checking CYA more often? I guess I got complacent and figured a starting CYA of 65 in May would let me coast through the summer.

As always, thanks for your time and input!

Doesn't sound like an issue to me. Raise it back up and keep an eye on it.
G

P
CYA dropped and so did free chlorine

When did they start using trichlor for shock?

S
Where did the total alkalinity go?

L
I DID IT--My First Test