When does freeze protection trigger? 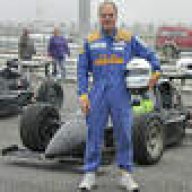 This is our first cold snap with the new pool, and I'm concerned about its freeze protection.

I have two pumps: the main one, a Pentair variable-speed that claims to have freeze protection (at least, it's an option in its menu), and a separate one to run the sweeper robot thingy. The Pentair is set at 50F, the sweeper one at 38F.

This morning I woke up to 33F outside. When I looked out the window, the sweeper robot was moving around the pool, so that's clearly fine. But the main Pentair pump wasn't going.

This concerns me, but I have a theory as to why it *might* be correct. The thermostat for the sweeper robot pump is in a separate box with its timer control, so clearly it's being triggered by the air temperature, possibly with some influence from the concrete foundation it's attached to. So when the air temp goes down, this pump will go on, and that's all there is to it.

But the main pump's thermostat sensor (again, assuming that it's built-in, and not something I need to buy separately) is integrated into the device itself, and is presumably influenced by the temperature of the water it's pumping. So even if it did come on sometime during the night (I don't know), the water, which is well up into the 60s, would warm up the pump a bit, to the point where the sensor is above the 50F trigger, even if the ambient air is much colder, and so the pump could shut itself off again.

Is my theory correct, that things are probably operating fine even if I don't see the pump going when the air temperature is really cold, or should I be talking to my pool builder? Does anyone know about Pentair pumps, whether the thermostat sensor is built-in or if I need to purchase separately? 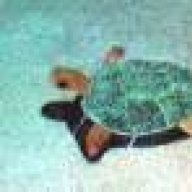 See if you can find the model number of the pump. I've attached a link to the manual for the model I have. If you have a different model this may not apply. On page 16 it says that the sensor for this model is on top of the pump and is not influenced by water temperature. So (again for this model), if the pump is set up right and the air was that cold (and the pump is out in the open air) it should be running. It also says that the feature must be enabled to work correctly. I'd check the pump set up (or ask your PB to do so). An automation system (if you have one) can also be configured to perform freeze protection instead of the pump. Of course, make sure that you consult the manual for the actual model you have, as YMMV.

Thanks for the reply, Mike.

Although your manual doesn't give a model#, the picture on it looks exactly like mine, so I'm assuming it's the same pump. That being the case, it seems like something is amiss. I guess I've got to talk to the PB and/or PentAir.

In the meantime, I've changed the timer programming so it'll just run all night at the lowest possible speed. I think that ought to be plenty for the time being, it's not going to get *that* cold for a while yet.

Funny, this morning it was working. I can't imagine why, with its thermostat set at 50F, yesterday's 33F didn't have it running. But this morning at 31F it was going, and even at noon and 40F, it was still going on antifreeze mode.

I guess I'm just going to have to keep an eye on it.

I am not a big fan of using freeze protection because it gives you a false sense of security and based upon many posts on this site, tends to fail in one way or another especially when the power fails. In addition, it turns on far too soon and wastes energy. It is easy to use but not fool proof.

We haven't reached freezing temps yet but we usually get down to low 20s and usually not for more than about 8 hours. I haven't used freeze protection now for about 8 winters without incident. I know Texas has a bit more extreme temperatures but if temps should get below 25F or below freezing for more than 8 hours, there are alternatives to freeze protection:

1) Cover the equipment pad with a tarp and put a 60 watt light bulb underneath the tarp. This is more than enough to prevent anything under the tarp from freezing (unless you are way up north). But this is still susceptible to power outages.

2) For really cold weather, drain the equipment pad. This is a fool proof method and is not affected by power outages. But it is a bit of a hassle so I would reserve that for very severe weather.
B

But that tarp solution only controls one aspect of the danger of freezing, correct? What about the water in the pool, or pipes underground?

I really need to get a better handle on exactly what is and what is not acceptable wrt freezing, as last year I woke up to a skating rink (due to the Intermatic timer switch coming off/loose and therefore not running the pump).

There has to be a better way to go than the manual timers which are prone to slippage IMO, not to mention you can't adjust or monitor them remotely.

Is there any decent solution that encompasses a digital timer with a smartphone control app? That would be ideal, but given the state of the pool industry, and how far behind it seems to be in terms of tech, I bet it would be outrageously expensive.

Yes, the tarp protects only the plumbing that it covers. But in most moderate climates, that should be all you need.

If your pool water freezes, then you might think about closing during that period of time. The surface ice can cause damage to your skimmers. But that should only happen if you have multiple days if not weeks of continuous sub freezing temps. Is that what you experience?

All automatic freeze protection is subject to failure so in extreme temperatures you are better off draining the pad equipment and lowering the pool level.
B

Last year's winter was much colder than normal for this area, and I have heard pool owners and pool store guys all say that almost no one closes in this area, but maybe I need to consider it if last year's temps will be the new norm. Way too much manual work and checking of making sure pump was running, turning it off and adjusting for nights when it didn't freeze, etc.

It's rare the temps during the day are below freezing even in the middle of winter, but the problem is that we had multiple nights of 13-18º (which is relatively very low for this area)

I guess I have three options:
1. Close the pool in winter (ugh)
2. Add a freeze protection thermostat to my existing Intermatic timer (about $145 I think?)
3. Get a whole new timer unit (which I would prefer, since I really don't like the manual metal "spikes"), but OMG, I can only imagine how much that would be, since I would want freeze protect built in, and some wireless or remote capability.

I don't think you need a full close and it isn't that hard to do. Just lower the pool level below the skimmers (i.e. pump to waste) then drain the pad equipment (i.e. open filter vent valve). That should be enough and fairly easy to do. You don't need to blow out the lines because I don't think your frost line gets that deep.

Again, any automated freeze protection has the potential of failure. A partial close is 100% reliable.

BTW, if you use a gizmo in the skimmer, you don't need to lower the pool level so that makes it a little easier.
B

MoebiusStreet said:
Funny, this morning it was working. I can't imagine why, with its thermostat set at 50F, yesterday's 33F didn't have it running. But this morning at 31F it was going, and even at noon and 40F, it was still going on antifreeze mode.

I guess I'm just going to have to keep an eye on it.
Click to expand...

I live in Dallas and keep mine at the lowest setting (32 degrees). 50 is way too high for where you live....or any area in my opinion.

mas985 said:
I don't think you need a full close and it isn't that hard to do. Just lower the pool level below the skimmers (i.e. pump to waste) then drain the pad equipment (i.e. open filter vent valve). That should be enough and fairly easy to do. You don't need to blow out the lines because I don't think your frost line gets that deep.

Again, any automated freeze protection has the potential of failure. A partial close is 100% reliable.

BTW, if you use a gizmo in the skimmer, you don't need to lower the pool level so that makes it a little easier.
Click to expand...

But please explain this in more detail if you don't mind: "if you use a gizmo in the skimmer, you don't need to lower the pool level"

A gizmo is a device that allows for ice expansion in the skimmer so it will not crack the skimmer.

http://www.amazon.com/Inground-Pool-Skimmer-Guard-Gizmo/dp/B005J00C9U
You must log in or register to reply here.
Thread Status
Hello , There was no answer in this thread for more than 60 days.
It can take a long time to get an up-to-date response or contact with relevant users.

Jandy Freeze Protect - can you disable?

D
Freeze guard on a Superflo VS pump?