What model Pentair pump is now equivalent to IntelliFlow VF from 2010 ? 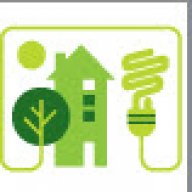 Looking ahead to next pool pump purchase (3 to 5 years ahead) and would like to buy online the equivalent Pentair pump.

As you may know, the VF model does not have any locked set of speeds (not limited to just 4 or 8) but it is fully programmable using the Features section of the menu in addition to the Filter section menu and can be run in any combination of power (watts) or GPM (flow) and much more fine tuning to RPM level.

What is the precise equivalent model today as online I see VSF but don't see ability to override power or flow speeds or is there a VSF that is precisely same as the old VF ?

As an example, one of our pumps starts a varying schedule twice a day using the Filter Start/Stop time and Features runs one minute after the Filter Start and one minute Before the Filter Stop. This allows us to control via power analyzing relay to not energize the IntelliChlor transformer and IC40 cell.

Amazon still has this for sale, is this the same "old model" that Pentair has discontinued ?

Looks to me like the 011012 is the older VF model.. Maybe not the original model, but certainly not new.

As far as I know all the IntelliFlo pumps have continuously variable speeds that the owner can set where they want.. In the big picture, you are not limited to just 8 (or 4 in the older units) speeds, but there are only 4 or 8 memory spots to store speeds that you want to link to internal schedules. I guess what I'm trying to say is that the VS and VF pumps do not come with 4 or 8 fixed speeds that cannot be changed.

I would think the best replacement for the VF would be today's VSF model. Like this.. Pentair IntelliFlo VSF Variable Speed Pool Pump, 011056

That said, I have made about 100 mistakes just this morning, so maybe your pump has some magical powers that I don't fully understand...

I assume that you are running your pump as a standalone unit and it is not connected to any Pentair automation system.

Jimrahbe said:
That said, I have made about 100 mistakes just this morning, so maybe your pump has some magical powers that I don't fully understand...

A few more and you will catch up to me...

Jimrahbe said:
Looks to me like the 011012 is the older VF model.. Maybe not the original model, but certainly not new.
..
None of what you say makes a lot of sense to me, but I really doubt the current sense relay has any input to the pump itself. ...
..
I would think the best replacement for the VF would be today's VSF model. Like this.. Pentair IntelliFlo VSF Variable Speed Pool Pump, 011056
Click to expand...

There was nothing in the message after the "like this..." (assuming you posted a link) but if not, you confirmed that is indeed the old VF pump that we apparently run today on a few pools. Thank you.

Macromatic relay analyzes the power used by the IntelliFlow VF. This relay monitors each on-off cycle of the pump and when it detects power is over a certain range limit (current monitoring low and high limits on the relay) it turns power on the IntelliChlor transformer which energizes the IC40 cell. Conversely, when Features override lowers the pump speed, the relay senses the dropped watts and stops power to the IntelliChlor. This automates fully any desired cycle of on or off for the IC40 cell. That is a $90 solution to not needing anything from Pentair to control the IntelliChlor. Documented years ago at this link.

The point I was trying to make is that your relay does not effect the pump's operation, so it should work the same with any replacement pump.

Nope. no link in that message either. I do need a controller with pump that allows me on schedule to lower RPM, Watts, GPM to a certain level and it can not be a fixed (select this one from these 8 choices) type

IntelliFlow VF literally allows thousands of speed settings when Filter & Features is programmed.
You must log in or register to reply here.
Thread Status
Hello , There was no answer in this thread for more than 60 days.
It can take a long time to get an up-to-date response or contact with relevant users.

Converting to VS Pump - finally!!!!

A
Which Hayward pump is equivalent to a 1.5HP Pentair Whisperflo Pump