What could make my salt reading read way off?? Thought my cell was dead

Didn't want to bump a thread from almost 2 months ago: Cannot get my SWG to work properly (and selling my house!)!)

I've been having trouble with my SWG. Thought it was dead.. Here are my notes, In the previous thread I was told my method of testing or something is up. That's probably true but i'm still trying to figure it out.

6/11 - Accidentally left house on all night and diluted everything the night before.
6/13 - 5:30pm my salt level tested 1800-1900, I added about 200lbs of 'pool salt' after checking pool math and it shouldve been around 3300 (optimal is 3250-3450 I believe). Previous years I used natural salt from Lowes, this stuff was from a different store.
6/14 - 8pm salt tested at around 3500ppm so I thought I was good, but thats when I noticed SWG would not run right. I thought i'd give it some time for salt level to go down in case it was too high.
------- Used liquid chlorine in between.
7/23 - I tested the salt and it said 3900! I had not added anymore
8/3 - I tested it last night and the test strip said 4300! I've never had issues with these test strips. They are the AquaChek 561140A from amazon.
Somewhere in there the past month I tried cleaning any debris out of the cell, cleaning in acid again, and cleaned the electrical connections where each thing plugs in with no luck.
9/27 - 9pm, I did get some new Aquachek test strips from Amazon (I had gotten some cheapy ones from walmart and they were reading pretty high as well). The brand new test strips read 3700ppm. I have backwashed and added water since the last date, the salt level should be lower than that.
- I did learn about the bucket trick, I took a 5 gal bucket and put the SWG in it. Holding the flow switch I was able to perform a test and it produced chlorine until it flashed low salt again.
9/28 - Today just for the heck of it I threw a handful of salt in the bucket and waited a few hours. I also tried taking off the control box, heard there was a fuse in there, but on the backside it has a tri-wing head security screw and i'm not sure if I have a bit for it. Anyways the test showed salt okay and I was able to turn the SWG on and produce chlorine! I tested the water and it read about ~5400 ppm... I even tried a new container incase my test tubes are tainted but still read the same.


Cliffs: Salt has been reading high. Bought a new set of Aquachek strips, still high. In a bucket with extra salt thrown in, the SWG is working, but the reading im getting if ~5400ppm from the test strips (my SWG does not read out salt level).

Any ideas what is going on?? There is no way the salt level could still be that high. Ive been using these types of strips for 4 seasons with no issues. I'm going to go hook the SWG back up to the pool and see what happens. I don't even know how much salt to add. I may just add a little at a time to see if I can get working again while hooked up normally. 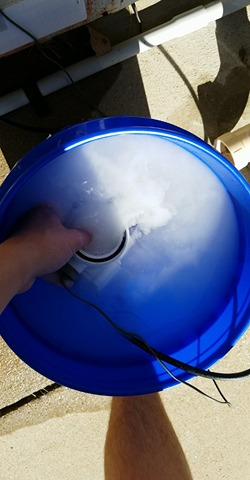 Not sure, but I certainly prefer the Taylor Salt test (1766) over strips for accuracy and repeat-ability.

Have you made sure that the SWG control box is set to the correct cell size? That can change the salt readings.

jblizzle said:
Not sure, but I certainly prefer the Taylor Salt test (1766) over strips for accuracy and repeat-ability.

Have you made sure that the SWG control box is set to the correct cell size? That can change the salt readings.
Click to expand...

It really doesnt have any options for that. It's pretty basic, turn on/off, how many hours to run. Unless theirs something internally but I have never opened it up.

I just hooked it up to the pool again. Pretty much immediately after it flips on it flashes the CHECK SALT light. The little test displays low salt code 91.

After adding salt in the bucket test and it working great, im really leaning towards the pool is low on salt. Just don't understand why the level is reading so high on strips.

Edit: I just looked up the taylor salt test... I wonder if anyone carries it locally. I may order it off Amazon. 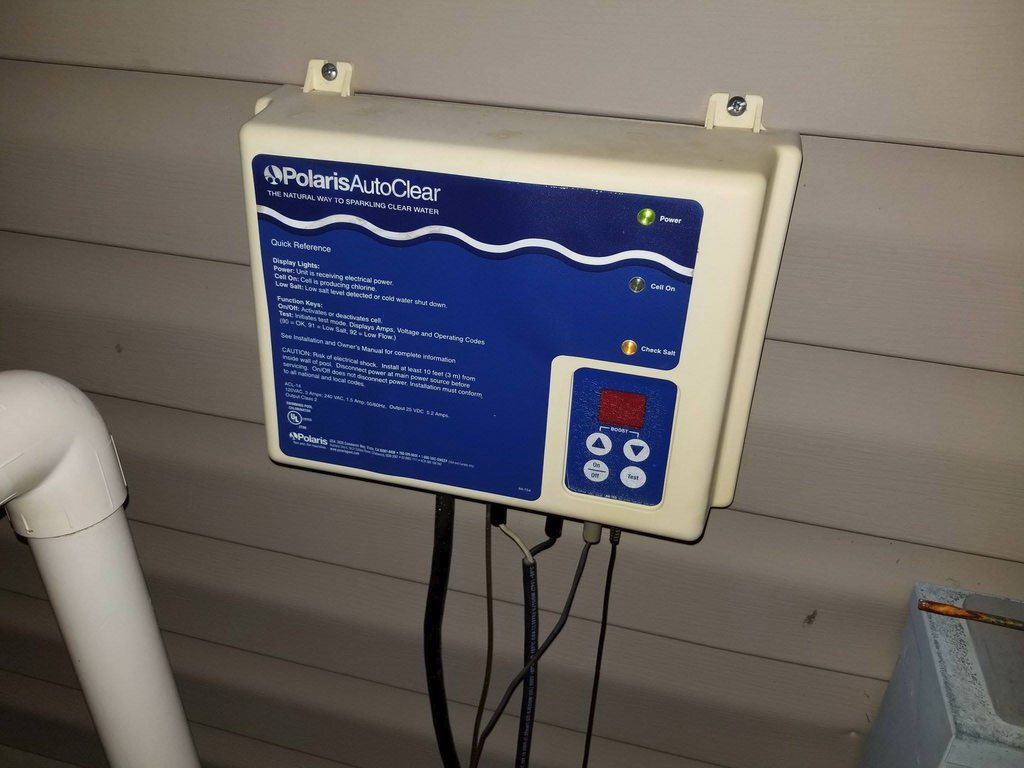 Oh, I saw the Aqua-Rite listed in your signature, which I know can have the cell size set in the later firmware.

FYI, in Australia, many of their SWGs operate with the salt in the 5000ppm range instead of the 3000ppm range like in the US ... any chance that is what is going on? You have the manual for it? Has this SWG ever worked?

See if this works, this is the manual:

Yes i've been using it the past 4 seasons. It came with my house so I'm not sure how old exactly it is. Probably needs to be replaced soon, but appears to be working as described above...


edit: Just saw what you said about aqua-rite. I mustve put that in when I first signed up and it was wrong. Also I guess it's possible the salt test could be correct and the SWG is just reading off, I ordered the Taylor test from Amazon. 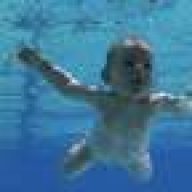 What is your water temp?
you could get a low salt warning if your temp is below 20c, 68f
are you producing chlorine with the low salt light on?

yann said:
What is your water temp?
you could get a low salt warning if your temp is below 20c, 68f
are you producing chlorine with the low salt light on?
Click to expand...

I dont think its the water temp as it wasnt working earlier in the season when the water was 90* F, It produces chlorine until the system flashes that its low on salt and cuts the cell off. In my bucket test it sat there and ran fine with extra salt added in.

I got my Taylor drop salt test and tried it out. It is showing 3800ppm so thats about what the other test strips showed. I'm glad that my salt level is confirmed, just still surprised its so high. My results must have been way off at the beginning of the season when I poured 200lbs in.

I'm thinking either its not running because the salt level is too high (do they do that?) or the salt sensor in the SWG is reading low (since it was working in my test with 5000ppm).

Well things have kind of gone from bad to worse, I dont know what I hoped to accomplish by taking the cell apart, now I have to try and realign the plates. I'm trying to take apart the control box now as well, I can hear something bouncing around inside. Only problem is that they used screws with a 'tri-wing' type of head I may try to drill them out to get inside... 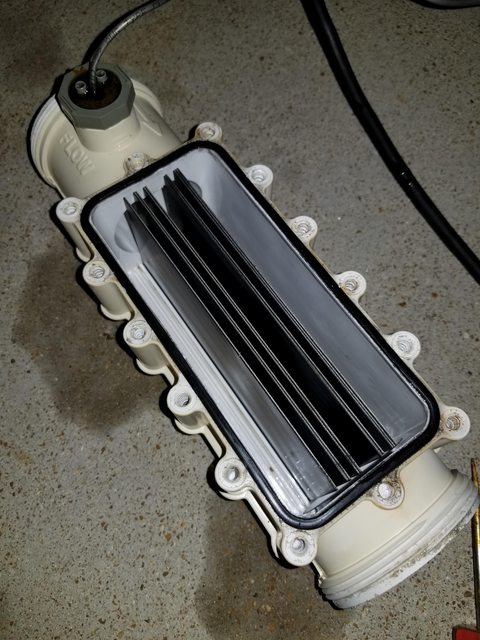 Well besides some dead spiders.... I dont see anything out of place.. What's a reputable/quick place to order a new system from? 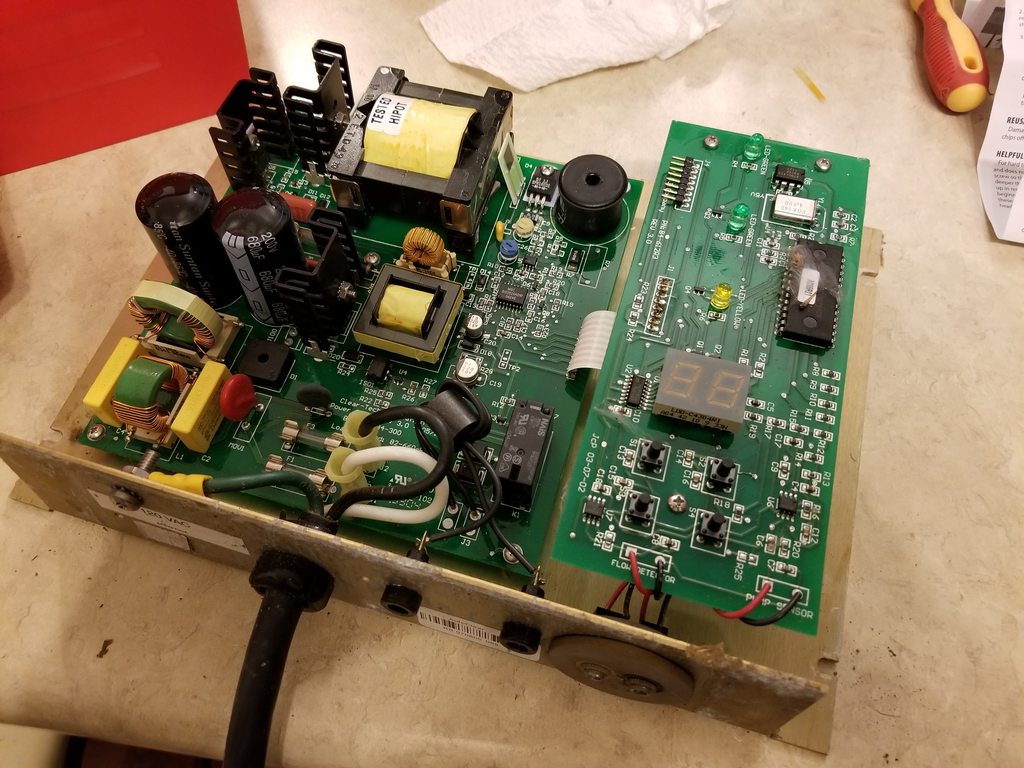 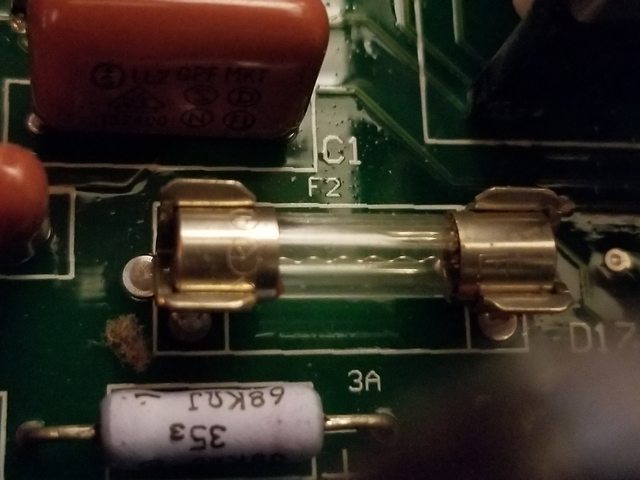 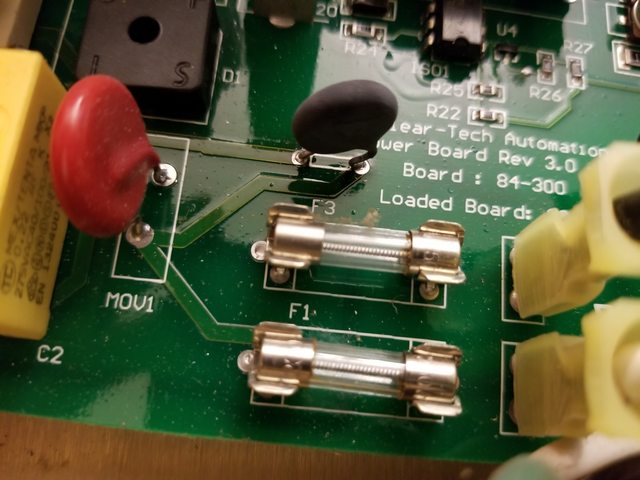 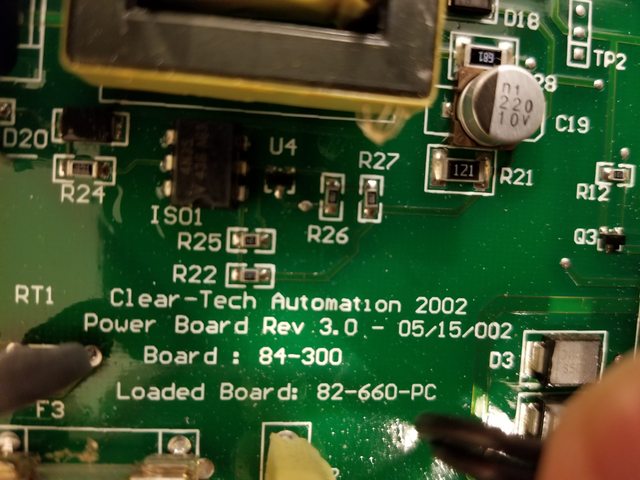 Nevermind I bought a SJ40. 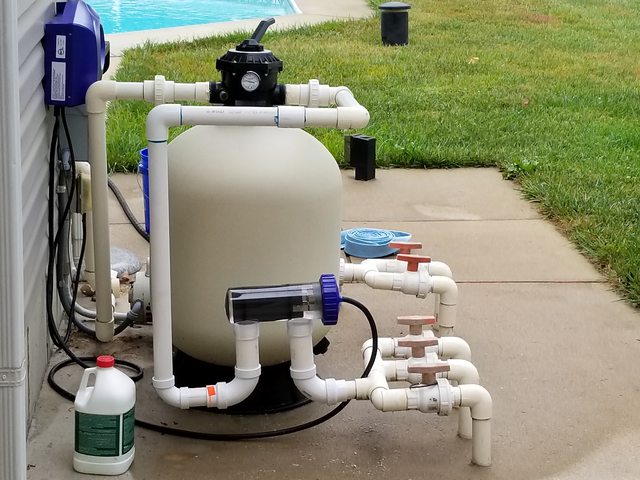 Are those capacitors supposed to be bulged?
P

Chuckiechan said:
Are those capacitors supposed to be bulged?
Click to expand...

Good catch. The caps definitely look like they've gone bad, which could wreak havoc with a lot of the voltage levels in the circuit board.

Probably too late since the OP has already replaced the entire system, but maybe it could be salvaged as a spare if it hasn't already been thrown out.

I know the OP has already replaced the system but I wanted to remind them to make sure the SWG is turned off when adding salt to the pool and give it a day to dissolve and mix in well. Let it stay off a day then turn it on.