I am a first-time pool owner, and my pool turned very green several weeks back. I'm pretty sure I was dealing with mustard algae. I have followed the SLAM protocol, brushed and vacuum daily, scrubbed behind my light niche, steps, etc. and now I have a crystal clear pool. The problem I'm having is that I keep experiencing overnight chlorine loss. My CC is 0, but I have lost 4 and 7 ppm of chlorine, respectively, the last two nights. I have now poured in over 120 gallons of 6% bleach within the last couple of weeks plus a bottle and a half of Swimtrine plus algaecide for mustard algae. I can't keep spending money on this amount of bleach. My ammonia level is also 0. I checked it just in case it was the reason I was losing chlorine. During the day I lose a good amount of chlorine because my CYA is low (around 15-20). I am working on getting my CYA up. I have kept the chlorine levels no lower than an 8 during the day and around 25 at night. Two nights ago I tested my FC @ 9:40 p.m. and it was 22.5. I tested it again at 5:45 a.m. yesterday morning and it was 18.5. I tested my FC last night @ 9 p.m. and it was 26. I tested again this morning at 5:45 and it was 19. Can there be other reason(s) I'm losing chlorine at night beside it killing algae?

Could organic/inorganic contaminates be causing the chlorine loss? I try to make sure all leaves and debris are out of the pool in the evening before I pour in several bottles of bleach. However, there are several trees around my pool, and I obviously can't control what falls in the pool while I'm sleeping. I also have some weird seed type things that keep falling in my pool. You can see the picture of them from my other posts.

Could the heat at night be causing the chlorine loss? I live in southeastern Louisiana, and it was 98 degrees here yesterday during the day. Needless to say, it is still very warm at night when it gets that hot during the day.

I am becoming very frustrated and discouraged by all of this. I don't think there is any way algae could still be alive after 120 gallons of bleach and a very expensive/strong algaecide. The water is crystal clear, but I know you aren't supposed to go by just the clarity of the water. You are supposed to go by what the pool chemistry tells you. I know algae could have been in my sand filter and plumbing. I just had the sand changed before the pool turned green. I have been running the pool pump 24/7 during the SLAM process.

The local pool store kept saying it is phosphates that are causing my problem, and they are over 1,000 ppb as the local town here uses phosphates to combat corrosion in the metal lines. The lady at the local pool store even said the brown spots on the liner were from the chlorine interacting with the phosphates in my pool, but everything I've read on here says phosphates won't cause problems as long as the FC level is kept where it's supposed to be.

I'm about at my wit's end along with running out of money. I don't think keeping up a pool should be this tiresome or troublesome. I'm about to not worry about the FC loss overnight and start enjoying my pool with what little summer we have left here in Louisiana. I'll keep my FC level to 4 with my chlorinator and Trichlor tabs and start enjoying my pool. I honestly don't know what else to do. I would love not to have any FC loss overnight, but I can't keep pouring in 10 to 20 gallons of bleach each day.

The strange thing is that when my FC was at a level 5 overnight, I didn't have any FC loss the next morning but my pool was VERY cloudy and the algae definitely wasn't dead. I came upon the SLAM process by reading this forum and raised my FC overnight along with raising it during the day. I also didn't have any brown spots on my liner when I raised the FC level to a 12 overnight. But when I raised it to a level 25, the brown spots were there for the next couple of mornings but now they are not there even with my FC @ 25 overnight.

Any help would be GREATLY appreciated!!

P.S. My CYA level was at a level 30 when I started the SLAM process. I ran out of CYA reagent and it was a week and a half before I received new CYA reagent because it was on backorder. I've now learned to always order from TFTestkits.net. Once I finally received my CYA reagent a week and a half later from the other company I retested my CYA and it was still reading at 30. Then 3 days later I tested it and it read 0. I have no idea how this happened in such a short amount of time. I added a half-gallon of liquid stabilizer and started using my chlorinator during the day set to the highest level of 5. I didn't want to add too much liquid stabilizer because I know the chlorine tablets also have CYA in them. My CYA is now at a level of 15-20.

Do not use that algaecide. It is copper. It will stain your pool surfaces.

Do not go above SLAM level FC based on your FC. It will damage your liner.

mknauss said:
Do not use that algaecide. It is copper. It will stain your pool surfaces.

Do not go above SLAM level FC based on your FC. It will damage your liner.

So, am I correct in assuming that since my FC was so high compared to my CYA that I can expect to see FC loss even at night? That the CYA not only protects from the UV rays but also protects FC at night from evaporating from the high night temps and it keeps the FC from trying to oxidize things like my pool steps and etc.?

Thanks for your help, and I now finally see what I had been doing wrong after using 120 gallons of bleach!! Oops

You should not lose FC at night regardless of the CYA level. So you may have had something in the water.

The algaecide itself had to be oxidized by the chlorine so that was some of it.
3

mknauss said:
You should not lose FC at night regardless of the CYA level. So you may have had something in the water.

The algaecide itself had to be oxidized by the chlorine so that was some of it.
Click to expand...

Here is a quote by Chem Geek back from May 3, 2010. "At the same CYA level, a higher FC level results in greater loss of chlorine from breakdown by the UV in sunlight. Also, the active chlorine (hypochlorous acid) concentration is higher so any reactions it is participating in for which it is a rate-limiting step would go faster, including oxidation of miscellaneous materials in the pool (not just algae, but pool surfaces including covers and even oxidizing CYA itself). The former effect is the dominant one so if one has an indoor pool or a pool that is covered most of the time (with a mostly opaque cover), then there won't be much difference in a higher FC level, though the absolute FC loss will be low anyway so the SWG on-time will already be low in this case."

It seems he is saying that while sunlight plays the most dominant role in FC loss, it's also possible with a high concentration of FC (which would certainly be my case with a CYA of 15 and FC of 25) that it will oxidize things in the pool faster including, but not limited to, algae along with the pool cover and even CYA itself. I wonder if this is why my CYA went from 30 to 0. Maybe such a high concentration of FC oxidized the CYA?

I know I am losing a good bit of FC at night, but I can't think it's from algae since I have used 120 gallons of bleach and have a crystal clear pool. I have to think the chlorine is attacking other contaminates in the pool although I make sure there is no debris each night, I brush and vacuum the pool along with running my Polaris. I wish I weren't losing the FC overnight, but I think with the level of FC compared to the low CYA it is attacking everything in the pool and it will naturally lower itself at that high concentration. I could be wrong, but this is what I gather from Chem Geek's statement. I'll post a link to the thread where he posted that statement.

When treating for mustard algae, am I supposed to do an OCLT test after I raise the chlorine level to 18 for 24 hours? I know I am supposed to do the SLAM process and once it passes all 3 criteria, I am supposed to raise my FC level to 18 with a CYA of 30. I am unsure if I do another OCLT after raising it to 18 FC or am I done once I have raised the FC to 18 for 24 hours? I'll provide the link I am referring to concerning the mustard algae treatment. 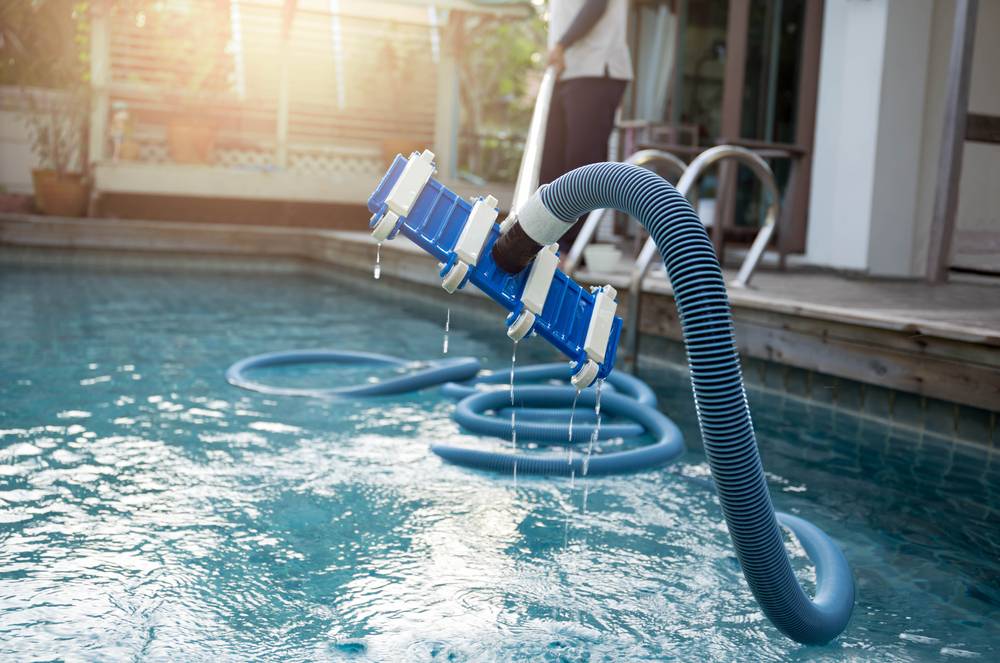 Today We are going to show you how you can get rid of mustard algae in your pool. By following the steps in this guide and with no expensive chemicals.

No. You raise the FC to mustard algae SLAM (60% of CYA) for 24 hours. Then maintain the higher maintenance FC as shown in that article.
3

mknauss said:
No. You raise the FC to mustard algae SLAM (60% of CYA) for 24 hours. Then maintain the higher maintenance FC as shown in that article.
Click to expand...