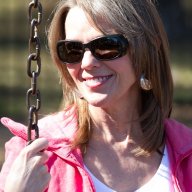 Good Saturday to all!

My single speed 1.5hp pump motor died yesterday. It was making awful sounds, scratchy/screeching sounds and not moving the water through the jets.
There was a big puddle under the pump and motor too.
Motor had a whine now and then since last year. I thought we were in trouble then.

Anyway, pool store can't come out till sometime next week so I'm testing my sparkling water and stirring chlorine untell they get here.
Haven't had to shock in years! This is killing me with algae worry!

I don't know if they're going to say new pump and motor or fix seals or whatever on the pump and replace the motor.
Whichever the case, do I get another single speed, two speed or variable speed motor?
The single speed I have, a centurian, has lasted for only 3 years running average of 6 hours per day all seasons.
The previous single speed lasted 6 running 24/7 and cost less. However our power usage dropped to half.
Will a two speed be better and cost less to operate?
Will a variable be better and cost enough less to pay for the increased price?
What brand do you suggest?

If I have to replace pump too, I prefer Hayward.

This one is easy

Call inyo to make sure you get the correct motor... best 400 bucks ever Variable Speed Pool Pump Motors - INYOPools.com

cowboycasey said:
This one is easy

Call inyo to make sure you get the correct motor... best 400 bucks ever Variable Speed Pool Pump Motors - INYOPools.com
Click to expand...

I’m okay with $400. The pool store will probably want more. Is there a brand at inyo I should look for or are they all inyo’s brand?
You must log in or register to reply here.
Thread Status
Hello , There was no answer in this thread for more than 60 days.
It can take a long time to get an up-to-date response or contact with relevant users.

Pumps, Filters, and Plumbing May 7, 2021
Akhaines525
A
T
Replacing single speed pump. What pump should I use?