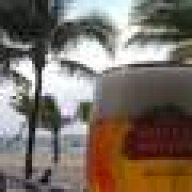 I ran out of CYA testing solution so I took a sample to the pool store down the street. I got the following numbers:

So what's this TDS? Never heard of it before. She said in hot tubs they usually tell people to replace the water at 1800, so I'm still okay for now. I have noticed the pool tastes funny since I've started using acid to lower the PH and I have been fighting cloudiness since I overflooded the filter with DE, but I'm wondering if my cloudiness may have something to do with this number. Any thoughts?

TDS is sometimes used as a proxy for specific things disolved in the water that might cause problems because it is easier to measure than the specific things. In the spa example you cited TDS can be used to indicate the approximate CYA level, assuming they are following a standard dichlor shock routine, and thus tell them when the water needs to be replaced because CYA is too high, without doing the CYA test.

I suspect that your problems are all centered around your filter. Get the filter working correctly and then give it a couple of days to clear the water and see where you are at that point.
N

My TDS (total dissolved solids) were 800 before adding borates. My borates are now at 30ppm and my TDS is around 4000. I bought strips to double check the pool store results and they are accurate.
Should I be worried? If so what should I do?

If you had salt in your pool before (your salt measurement says 3280 ppm), then there is no way your TDS used to be 800 before adding borates. The TDS is always larger than the salt, usually by some small amount (a couple hundred ppm). The 30 ppm Borates would only add 200 ppm to TDS (it's higher than the ppm Borates due to the measurement method for "ppm" of Borates).
N

You're right! The date on the result sheet was before the pool company added salt (new plaster pool).
So what you are saying is TDS is expected to be high with salt pools. Thanks a bunch!
S

On my last visit, the pool store employee stated my TDS was high. I asked what made up TDS, he didn't know. We have had some windy days here and a bunch of stuff has been being blown into the water. The employee thought this was the reason for the reading and struck it from my printout. So I don't know what "high" really meant...

What is a high level which I need to be concerned?

Second, just research it seems Jacks Magic has the Purple Stuff that address TDS. Does this really work? If yes, I have a non-salt pool. Does it still work?

Do not worry about TDS.

TDS stands for Total Dissolved Solids. It is the sum total of all chemicals that dissolve in your pool water. By far, the majority of TDS is plain salt, sodium chloride, and also calcium chloride, sodium bicarbonate (baking soda), and cyanuric acid. TDS by itself is not a problem. Saltwater chlorine generator (SWG) pools have high TDS, usually over 3000 ppm, and yet this is not a problem because it is mostly just sodium chloride salt.

Jack's Magic Purple Stuff says it works well in high salt and high TDS pools, but really that's saying the same thing because a high TDS pool is almost always a high salt pool. The Purple stuff just keeps metals in water in solution so they will not stain nor scale and that includes calcium, so really this is only necessary if one cannot have a lower Calcium Hardness (CH) level, say from well water that is high in CH.

The pool industry has historically focussed on TDS because problems typically occurred with pools that had older water and older water usually had a build up of TDS, but the real problem was not with TDS but rather with the continued use of stabilized chlorine products such as Trichlor tablets/pucks and Dichlor powder/granules. These stabilized chlorine products increase the Cyanuric Acid (CYA) level in a pool and this makes the Free Chlorine (FC) less effective often resulting in algae blooms. People then measured the TDS and saw it was higher and then blamed it instead of blaming the high CYA levels with too low FC levels. We now know more about this (though it was really all figured out way back in 1974 or even earlier) even though most pool stores are misinformed or ignorant on this issue.

Understood, no need for alarm bells for TDS at this point.

My refill water comes from a Water Supply Corporation which gains their water from various wells. We have to use water softeners for the house. But our fill water bypass the softener and thus hard water gets introduced into my pool weekly. Should I be reviewing using Jack's Magic product or just leave it alone? My CA has been around 350 -380.

Have a great day!
C

I don't know if that's the best product to use to prevent scale (for the SWG or otherwise); others with experience would know better than I. Keeping your pH from climbing too high and keeping your TA low should both help prevent such scale. You are right that evaporation and refill will increase the CH level from your well water. If you used a pool cover, that would significantly cut down such evaporation. If you are in an area that isn't windy, then those liquid solar cover products can also work somewhat.
You must log in or register to reply here.
Share:
Facebook Reddit Pinterest Tumblr WhatsApp Email Link

First test results - not a total newbie but feel like it.

Both my total alkalinity and my pH seem unstable to me (they're moving around a lot).

J
Do I need to raise my Total Alkalinity?