Tingle around light even with breaker off

Howdy folks. Today I present me semi-annual pool issue. Thank you for reading.

About a month ago, I had a Pergola by my pool removed due to rotting beams. It had light fixtures attached to it that came on with the same switch as the light in my pool. The guy found the breaker for those lights on an outdoor subpanel and turned it off, then dismantled them carefully and left just covered junction boxes. But, related or not, the next day I randomly turned on the switch and noticed my pool light was out. Pool is mostly for day use, so I figured I'd deal with it at some point later. So I just turned that same subpanel breaker off and went about my business.

Anyway, a week later we noticed a slight, occasional tingle when we brushed up against or got really close to the light. I read all about this on other threads, but I don't see how it could happen with the breaker off. Feels light slight electrolysis, I am told.

The breaker to the pool equipment (Polaris, pump, etc.) is separate and still on, but that equipment is a long way away from this and those wires don't come near the pool itself.

Got a pool guy coming out but this just doesn't make sense to me. Is there any chance that, although the pool light is on the same switch as the pergola lights, it's on a different breaker?

Just did a check my wife thought of. The hot tub has a separate light. When the breaker is on, the same switch turns it on and off. With that breaker off, it does not turn off and on.

I am now 99.8% sure that's the right breaker. So how can the light fixture tingle?

First, though it's just a tingle, it is extremely dangerous. Dangerous as in it could kill someone.

The tingle shows that your pool is not properly bonded. Current is flowing through the water to the light fixture.

Since this started with the pergola removal, it seems a likely guess that a bond wire was removed during the process.

Chances are a pool guy is going to be out of his league on this. Most electricians are baffled by these kinds of problems.
R

Thanks for the reply. I looked around the pergola area, especially near the electrical stuff. Is this the problem? There's a wire coming out of the ground next to the new junction box the contractor put in when he tore down the pergola. Looks like it was connected to the old junction box with a strange screw and nut thing that was mortared over. If so, how do I connect it to a box? 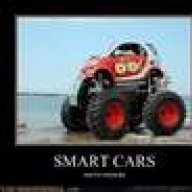 I can't tell you if that's a bonding wire or a ground wire. I would think bonding because a ground wire would most likely be in the conduit. I can tell you that it sounds like something is bleeding current off to the ground that your pool light is hooked to. In our last place, which was a walkout basement we rented from some friends, there was an issue similar to this. Every time you touched the kitchen sink it would tingle. Sometimes down right scarily so. I ended up tracing the problem to the dishwasher. The drain hose was stainless braid and it went to a stainless drain pipe on the sink. That line was carrying current to the sink from the dishwasher because it was grounded. We never found out what was bleeding current, but I did put a PVC pipe in to isolate it and stop the tingle. My wife's cousin is an electrician and he said that happens too often in newer basements because they changed the building code where the electrical has to be grounded to the rebar in the basement concrete. He said it makes it hard to track problems down. Hopefully yours is as easy as that copper wire.
R

That's good info. Electrician is coming tomorrow. Talked to pool guy on the phone and he'd never heard of "bonding" or "grounding" a pool, so I told him to stay home.

I think that wire must have something to do with it based on the other stuff I see. There are two junction boxes where the pergola was, this one and a 2-gang. The 2-gang is still original. The 2-gang has a wire like this that's looped through a grounding nut bolted to the outside side of the junction box (I think what we see above are the remains of the grounding nut that used to be bolted to the box the contractor replaced). On the inside of the 2-gang box there's a wire running off the grounding nut to a wire nut containing two other green (ground) wires - like a pigtail. In other words, they deliberately wired it to connect it to those wires instead of just grounding it by clamping it to the metal conduit or the box. There has to be a reason they did that.

Just remember that the bonding problem is secondary. You have current running through the pool, which is the major problem. If your bonding system worked, it would be hiding the fault, but you need to fix both the electrical problem and the bonding problem to be safe.

JohnT said:
Just remember that the bonding problem is secondary. You have current running through the pool, which is the major problem. If your bonding system worked, it would be hiding the fault, but you need to fix both the electrical problem and the bonding problem to be safe.
Click to expand...

That's the biggest problem. As in my instance you may not be able to find the electrical problem without unhooking every single ground from the box one at a time. The bonding may have been hiding this for years. Good luck whichever way you have to take this. I hope it is easy to find.

JohnT said:
Just remember that the bonding problem is secondary. You have current running through the pool, which is the major problem. If your bonding system worked, it would be hiding the fault, but you need to fix both the electrical problem and the bonding problem to be safe.
Click to expand...

So the copper wire above, if related, is just bonding? Not the ground?
G

That looks like a bonding wire. Without physically inspecting your pool I can't say for sure what it is.

But. You need the electrician to do two things. 1. Find the source of the current you are feeling. And 2. Repair your bonding system. You don't feel current in a pool without two failures.

How old is you pool?

Don't know exactly. Could be as old as early 1980s. Was plastered in 2002 or so, but I don't know the extent of the work.
You must log in or register to reply here.
Thread Status
Hello , There was no answer in this thread for more than 60 days.
It can take a long time to get an up-to-date response or contact with relevant users.

F
I feel a Tingle around light even with breaker off

Everything Else May 9, 2021
sedalbj
S
J
Intellicenter System Breaker Question

R
What's the best way to wire my Easytouch for two pumps and pool light?