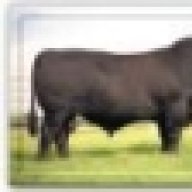 My 16 x 32 AG pool with deep end (15,000 gal.) has one skimmer and one return. I would like to add more return "eyeballs" to get better circulation (One at each end and one on each side â€“ for a total of 4). Is this a good idea and what's the proper way to do it? I'm thinking of running a completely new hose around the base of the pool and teeing off at each return to have them attached in series (and do away with the single short hose going to the one existing return). Could the tees be on the ground with a short hose running up to the eyeball or should the tees be at the eyeball with the main hose rising up to the level of the eyeball and tee for less total hose length? (The first choice would look better but the second choice seems more efficient.)

I was considering putting all at the same level as the original which is just below the surface, but as I write this I'm thinking some could be a little closer to the bottom. Is there any benefit to lowering them and is there a practical limit as to how close to the bottom the returns can be? Since the eyeballs can be aimed, maybe all at same level is best?

The one single return at the deep end seems to work OK, except at the shallow end where the wedding cake steps are. This idea started with adding one return line at the shallow end to help eliminate the algae that accumulates at the steps, with water flow directed at/under them. Now Iâ€™m thinking it wonâ€™t be much more trouble to add several â€“ if itâ€™s not a wasted effort!

I have a 20â€ sand filter with 1.5 HP pump motor, which I think should easily overcome any additional flow restriction introduced by the extra hose running around the pool.

I believe this covers everything. Please let me know what you think! Iâ€™ve searched the forums in particular and the web in general and canâ€™t seem to find this information.

I believe you'll probably have to add another skimmer or some type of additional intake to get the effect your seeking.

The one skimmer will become the limiting factor and, while it will do little harm, the flow you're currently getting from one return will be divided by four. You may get some increase in total flow but you'll get a pressure drop for sure and the strength of flow from the returns is important.

With a good quality return fitting that is properly aimed you will get reasonably good circulation. Adding more returns will only help a little. Aim the return to the side and down so that the water circulates around the pool and mixes the surface and deeper layers.

Maybe I should add just the one at the shallow end to help with the algae problem at the wedding cake steps?

Are you keeping your FC high enough to combat the algae?

duraleigh said:
Are you keeping your FC high enough to combat the algae?
Click to expand...

Started this pool on Baquacil, had the well-known problems with that stuff, found The PoolForum, bought Ben's test kit and did a successful conversion. I used the BBB system (very) successfully for a year or so then started having pump/filter problems that resulted in a damaged liner (long, complicated story). Due to a very time consuming and ultimately costly attempt to buy a new liner from my local Doughboy crooks, err...dealer, my pool was out of service last year. Now I have a new liner (not Doughboy) and a will soon have a new pump and filter (again, not Doughboy) which brings me to the present.

After considering all this (and getting mad again - hence the Doughboy slam) I think the algae situation at the pool steps came from the original problems with my filter/pump and not having enough circulation to keep the algae in check. Now that I'll soon have a new pump and filter, I don't expect to have those problems anymore.

So now my question is...Will there be any substantial gains from adding one additional return at the shallow end, which is at the opposite end of the pool from existing one?

p.s. What's the shelf life of the test kit consumables? I still have plenty left since I didn't use any last year. I don't remember when I bought it, but it must have been one of the last ones Ben sent out.

The reagents in the test kit are officially rated for one year, but many people have found that if they are stored in a cool, dry, dark place they will last much longer. Lasting two years is common and far longer is possible if they were stored correctly.

So now my question is...Will there be any substantial gains from adding one additional return at the shallow end, which is at the opposite end of the pool from existing one?
Click to expand...

What FC levels were in your pool when you had the algae issue?

I'll see how the new pump/filter works. If it's OK, I'll leave it alone. I'm not a big fan of making work just for work's sake .

What FC levels were in your pool when you had the algae issue?
Click to expand...

I honestly don't recall. It was two years ago, I was working out of town a lot and my wife was monitoring the pool. It's probably still written on the front of the test kit but I can't get to it for a while.

I really need to teach my wife to use the good test kit! Is there a link or post that has clear instructions on doing the tests?

Personally, I would reccomend brushing the steps more than adding another return and keeping FC at 5 but that's just me.

Hope you can get your pool up and running. 8)

Is there a link or post that has clear instructions on doing the tests?
Click to expand...

What kit do you have?

My bet is that if you focus on keeping your chlorine levels up correctly, you'll have no need for the extra return.


duraleigh said:
What kit do you have?
Click to expand...


duraleigh said:
My bet is that if you focus on keeping your chlorine levels up correctly, you'll have no need for the extra return.
Click to expand...

I suspect you're correct.

As I recall, the chlorine levels were up and down a lot and maybe with the pump not providing enough circulation, I never totally got rid of the algae.

Anyway, we've got a chance to start fresh and this time my wife will be using the PS233 to monitor the pool while I'm out of town!

Dave, do you think your test kit instructions would work with the PS233? If so are they available for download?

Thanks for all the replies.

Dave, do you think your test kit instructions would work with the PS233?
Click to expand...

PS233 instructions should be glued to the inside of the kit box. If not, email me @ dave444@hughes.net and ask for a copy and I'll send them to you. I'm sure there are some minor differences, tho....just don't know what they are.

Here are instructions for the PS234. The PS233 should be very similar.

Thanks for the info...I'll get the PS234 instructions.

Dave, I'm expecting to be ordering replacement chemicals before the summers over; maybe a whole lot sooner, depending on what I find when I finally start testing!!!

Need to replace winch and cable on 24' AG round