The concept of the “Zero Alkalinity” process (also known as a No drain Acid Wash) is to make pool water aggressive enough (by adding acid) to dissolve and remove stains or scale from cement-based plaster surfaces, including quartz and pebble swimming pools. Unfortunately, this process may remove some of the plaster surface material.

Assuming a total alkalinity of 100 ppm, it requires 4 gallons of muriatic acid (31.45% strength) per 20,000 gallons of pool water to reduce to zero alkalinity, and to a pH of 4.5. That acid treatment over a 7 day period can dissolve and remove about 8 pounds of plaster material (equivalent to 50 ppm of calcium carbonate) from a fully cured plaster surface. So is that good or bad for a plaster pool?

The reality is that 8 pounds of plaster material dissolved from a 20,000 gallon pool is not significant and would barely be seen under magnification. If stains are removed that improve the aesthetic appearance of older pools, then that can be an acceptable program. If the acid process only removes dirt and scale deposits and not calcium from the plaster itself, all-the-better.

Sometimes, some new white plaster pools develop a smooth, but blotchy and darkened gray mottling discoloration within a few months of plastering. Also, some new dark colored plaster pools develop a whitish and streaky discoloration soon after plastering. Those issues are often caused by improper plastering practices. The chemical start-up program (performed by the pool owner or service tech) may not be at issue, but is often (incorrectly) blamed by the pool builder or plasterer.

Unfortunately, some plasterers promote the Zero Alkalinity program as a “solution” for the above problems. And they also suggest adding 10 gallons of acid to 20,000 gallons of pool water, more than double the amount needed to reduce to zero alkalinity. That amount of acid can lower the pH below 3.5, lower the CSI to a negative (-) 5.0, and dissolve about 20 pounds of plaster material from the surface. (Twenty pounds of plaster material is equivalent to 120 ppm of calcium carbonate dissolved from a plaster surface which then increases the calcium hardness of the pool water).

Yet, if adding all that acid doesn’t improve the appearance of the plaster well enough, they advise to double the dose of acid for another week! Apparently, they think that removing 40 pounds of plaster material is okay when trying to correct the above plaster defects. No, that is too much; it is detrimental to the plaster surface, it may not work, is a disservice to the pool owner, and it destroys the evidence of the real cause of the plaster defect!

That type of treatment results in an etched surface that was originally smooth, which stains easier and quicker by dirt and metals after the acid program has been performed. When the pool becomes stained and aged within a year after a Zero Alkalinity treatment, who is going to be blamed? Whoever is maintaining the pool water chemistry, not the plasterer.

To further undermine pool owners and service techs, the plaster industry advocates that pool water with a slightly negative CSI (-0.1 to -0.3, which is within APSP standards), is detrimental and that it will cause everything from craze cracking to gray mottling to plaster spalling (delamination). Yes, even the same gray discoloration that the so-called Zero Alkalinity process attempts to remove.
Obviously, that is contradictory and completely false. No wonder they claim that pool plaster will only last about 7 years. But the fact is plaster will last 20 years if plastered and maintained properly.

That agenda enables plasterers to not be held responsible, blame water chemistry, and get rewarded with additional work. This injustice won’t stop until pool builders and other groups confront the plasterers.
Last edited: Jun 1, 2014
Reactions: keene3b07, panamax53, Kenepo17 and 2 others
S

This is such a good article.
It completly and accuratly underlines the point that many (most) builders really have no clue about pool operation, water chemistry, start up, LSI (CSI).
Reactions: JeanZ1 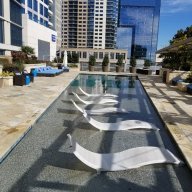 OK I'm willing to learn, but there are about a 100 differrent variables that go into play here.

Truth is the plaster manufacturers in a controlled lab environment created what they thought was the perfect plaster job years ago. Then they based their lifetime warranty from those (LaB) results. They realized it's impossible in the real world cold, rain, heat, 100 differrent variables, That one size will never fit all and slowly dropped the warranties down to about a year, and put it on the builders. 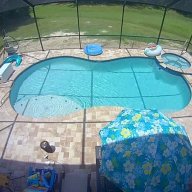 Ferretbone, I would like to understand your comment. What study was conducted by manufacturers that determined the "perfect plaster job, and does it provide the specific aspects of a perfect plaster job? Does this past plaster manufacture study challenge any info within this article? What is your main point regarding "100 different variables?" Are you suggesting that those aspects changes the issue regarding Zero Alkalinity Acid treatments?
Last edited: Aug 29, 2021
You must log in or register to reply here.