I’ve had my pool for 5 years with minimal issues. Now I can’t seem to trust any test as they all give me different readings. Specifically with the CYA, calcium, and alkalinity. I have new reagents in my tf-100 and that’s what I’ve been using for the past 5 years. I replaced half the water in my pool because the calcium was high and the calcium level didn’t change. Went to Leslie’s just to get the water tested and it showed low. Also showed my alkalinity was way down but the tf-100 says differently. So I bought a third kit and got something totally different. I’m at a loss.
Also, my chlorine generator has stopped producing. Has a new salt cell and has been working fine. No error codes on the panel. Having to use bleach at the moment. Not sure what is going on there either. Any advice or suggestions would be greatly appreciated!
C

Have you tested your fill water recently?

Well, most of us would immediately say disregard the pool store tests. I know it's tough to do, and sometimes they can be close. But often times their numbers don't jive and it just confuses your own test results. You mentioned a third test kit, but didn't tell us what that was, so I can't really comment on that one. The TF-100 is undoubtedly very reliable unless the tes(s) were performed incorrectly or the reagents went bad for some reason. I doubt either of those are an issue since you've had a TF-100 for several years and the reagents are new.

Keep in mind the CH may not drop as much as you might think if your fill CH is somewhat elevated, but with that water exchange the CYA should've dropped. Did it? The water exchange should've also affected your TA a bit. Mine usually goes up with water adding. Your signature doesn't show the test kit or speedstir. Are you using a speedstir for the CH and TA? Also, can you please post those 3 test results (CYA, CH, and TA? You can post the others if you wish as well.
M

Thank you for looking at this, sorry it took so long to respond.
Best, Mark

Thank you for looking at this, sorry it took so long to respond.
Best, Mark
Click to expand...

The Leslie's report is dated Aug 15 and the latest Pool Math logs are dated Aug 22. On the Pool Math logs it actually shows your CYA increased from the previous test (also on Aug 15th). What date did you replace half your water? If between Aug 15 and 22 then it is confusing why CYA increased. I using this as a guide as CYA should have decreased thus we can rationalize the other test data you are comparing. If you replaced water after Aug 22, can you provide updated test data using TF-100 test kit?

Mark, your TF-100 results are the only ones that have any credibility for us here. It may be hard to imagine others not worth much, but we've found just too many inconsistencies with pool store testing and other various kits. Your TF-100 results look quite solid, and your pH on the lower end helps to compensate for a slightly elevated CH. If your local water is hard, that would explain why the CH didn't drop much after your last water exchange. You can always test the CH of your hose water to confirm. If your salt cell still isn't producing, let us know and tell us if you've done any troubleshooting. With the CH level elevated, it's always possible the cell has some scaling, but we can discuss that more if you like. But your TF-100 numbers quite good.
Y

I know there is delay for shipping with my forthcoming suggestion, but you can buy test standards for all of these tests. This way your can verify if your test and your procedure is working.
M

Well, I’ll buy some standards and see if I’m doing my tests right. Looks like I need to focus on the SWG. The original cell had broken blades so I replaced it in late April. It’s been working fine until now. The cell looks fine and there are no errors on the SWG. Pool has been clear and has looked good all summer. It has never been green. Not sure if something is eating the chlorine faster than it’s making it? I’ve only added stabilizer and muratice acid based off of the TF-100 kit results only.

MaLi said:
Not sure if something is eating the chlorine faster than it’s making it?
Click to expand... 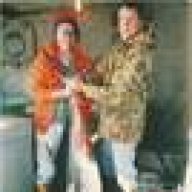 Marty had you do an Overnight Chlorine Loss Test just now. Did you turn off your SWG overnight? If it was going and you still lost FC.. then the FC loss is greater than 1.5ppm.
M

I turned the pump off for the night so the SWG would have been off on flow.
I don’t run the pump or SWG at night. Maybe I should change my runtime schedules?

Your SWCG needs to be completely powered off when the pump is not running. Relying on a flow switch can lead to your SWCG exploding.
M

My SWG is on a timer that mirrors my pump timer. I never run it by itself.

MaLi said:
My SWG is on a timer that mirrors my pump timer. I never run it by itself.
Click to expand...

Great. Your post above implied you relied on the flow switch to power off the SWCG.
M