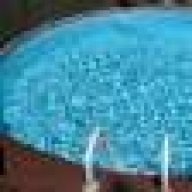 I just wanted to say thank you to everyone at TFP! Our water is amazing! The help I have got here has enabled us to have the nicest pool we have ever had.

The last two years we battled with sand and algae in the pool. I decided last fall I was going all in with the TFP method. 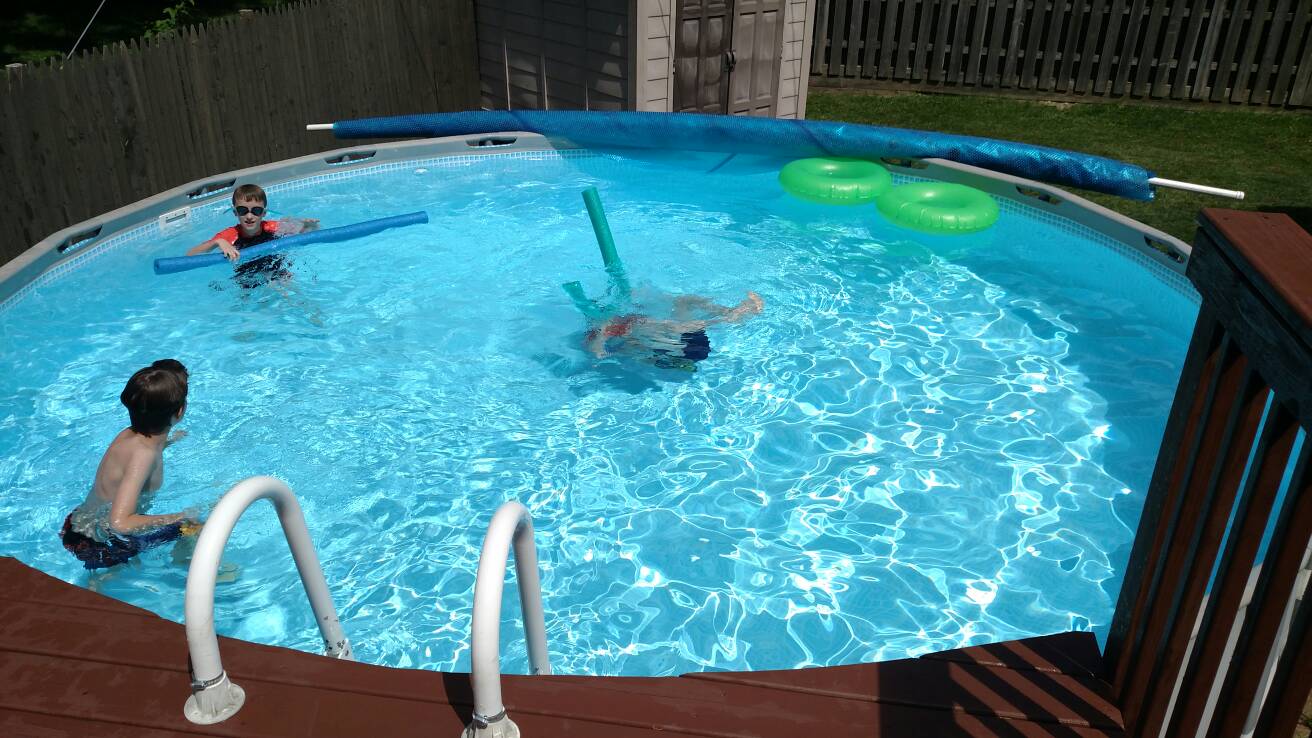 Thanks! Once I got it balanced it has been really easy.

I just add my small amount of bleach each day and vacuum once a week. 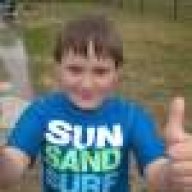 Hi everyone! I want to thank a group of very special, thoughtful, patient, selfless, ( and many more adjectives ), folks that showed me how to have and take care of a crystal clear pool. without hesitation I was given the tools and helpful advise and used it for my family and me.
I was determined to stay the course and the results showed The 2-5 minutes per day kept the pool sparkling clean up to the day I drained it last week end. It pained me as it was 80* and sunny the last week but up here those numbers can change in a hurry. My TFPool addiction will soon be replaced with my antique coal stove addiction. I will be basking in Pennsylvania's finest Anthracite soon but I will check in occasionally for some real sunshine!

Ahhhhhhh thanks! Feeling the love and so glad things are going great!

This was our pool last weekend, as you can imagine all the green pond water on top of my winter cover was In the pool. But thanks to all I’ve learned for TFP, four days after opening her up we have crystal clear water. Thank you thank you thank you

Did your heart drop when you saw that? So happy you were able to get the water cleared up so fast!! Nice job! Knowledge is power for sure!!!

kimkats said:
Did your heart drop when you saw that? So happy you were able to get the water cleared up so fast!! Nice job! Knowledge is power for sure!!!

Yes, I thought our summer was over, but now it’s

JasonLion said:
Please tell us what you think about TroubleFreePools.com!

Links to posts here at TFP where someone else says what they think are also welcome.
Click to expand...

After using the typical do-whatever-Leslie’s-says method to care for a previous pool, I have been using the methods taught about and espoused on this site since I first built my current pool. While it does require one to put in some time and to pay fairly close attention to their pool on a more-or-less continuous basis, the rewards are worth it. I use only two chemicals on a regular basis, both of which I purchase at Lowe’s (and pay Lowe’s prices for instead of pool store prices). My pool has never been green. I have never had to shock it. The water is crystal clear, feels great, and never smells like chlorine. It is always ready to swim in.

Now I have to admit, I caught myself feeling a little bit envious a week or so ago when I was at a friend’s house and he mentioned that all he does is add a few pounds of tabs once a week or so (his pool looks good too). Then today, I popped into the local pool store to look for a cleaner part, and was reminded why I (we) do this. A guy, kids-in-tow, was there to get his water tested and to get help with an algae problem. His chlorine was “fine” at 2 ppm (his CYA was “nice and high” at 90) and the pool store guy mused aloud that algae shouldn’t be growing but surmised that it might be due to the low pH of 7. I couldn’t help myself and blurted out “you’re using trichlor tabs, aren’t you?” I got a puzzled look, followed by an annoyed look, from both, so I shut up. The pool store guy went on to recommend soda ash, followed by copper algaecide, followed by an obscene amount of powdered shock, followed by a flocculant, which the guy purchased even after the pool store guy added, “but you really might have to drain it anyway.” As he walked out, >$100 lighter, I heard him tell his kids, “Sorry guys, I don’t think you’re going to be able to swim for a while.”

THIS makes the five minutes a day I spend on pool maintenance totally worth it.
Reactions: kimkats, JodieM, bmoreswim and 2 others 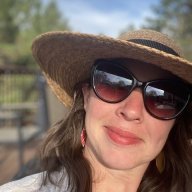 I honestly can’t stay enough about TFP methods and forum. This place is amazing in the generosity and patience that is shown to all the frustrated, overwhelmed and broken pool owners. Although I was able to answer most questions by searching and reading previous responses to others.... I am continually blown away at the respectful answers to the harried pool owners who don’t know which way is up. (Or how CYA affects their pool chem) Kudos to all for having such a positive uplifting site.

My dream house happened to come with a pool. I have never owned a pool. I didn’t even know anyone who owned a pool. I had no idea what all those things on my equipment pad did... NO IDEA. In my marriage I am the “house manager” so I knew pool care would be on me. The first month I spent over $700 at the pool store and it was still fluorescent green. I am a woman with a masters degree... I CAN take care of a pool better than this. Enter TFP ?. I am now in my second year of pool ownership and I love it. I definitely have sparklipoolitis... and can’t stand when it doesn’t positively sparkle in the sunlight.
Reactions: jjrapy, bmoreswim, gonfishin and 5 others
T

I’ve maintained my hot tub with TFP methods for a few years and it has been a breeze. This year we decided to set up a small AGP. I’ve had pools in the past, but did the pool store thing and never had water close to what I have now. 10 min per day, about $20 per month and my pool looks like this the every single day! 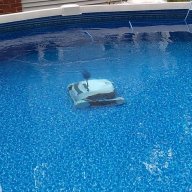 I remember my first pool back in the 90"s going into the new millennium . My kids were still in the single digits or just getting into the teen years so of course it was a lot of fun . But I do remember the pool store , the costs , the bad results , the never ending chems . That was before I knew anything about TFP . Fast forward to the new pool this year , opened/filled beginning of June , following TFP methods I bought 1 carton of 3 gallons of 10% liquid chlorine from Home Depot $9.98 , 5lbs Stabilizer (CYA) $20.98 , and 1 gallon 20 baume M.A. $6.98 . I have 2 gallons of the chlorine still unused , about 1/2 LBs of the stabilizer , and about 60% of the M.A. still . Pool is crystal clear sparkly water . I test for FC /CC and PH daily , salt , CYA , TA get tested once every 2 weeks . I wish I knew back with the first pool what I know now thanks to TFP , it sure has made my life much easier and my pool clean and safe and sanitary . Here's a blowup of my avatar picture which still is exactly how it looks .
Wonder if I'll get through the season on less than $40 in chems ??? 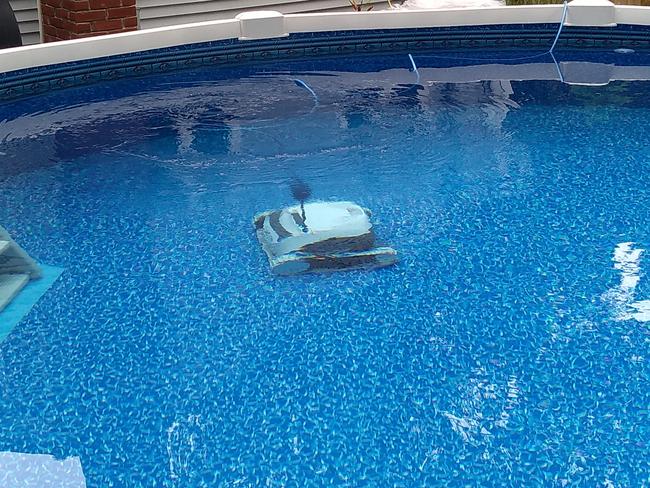 I recently ordered a pool care book from a water chemistry guru out of Houston TX who has recently hitched his wagon to our Chem Geek and BBB. The book was written in 2019. I emailed him before I ordered the book. He told me he follows BBB, but it is NOT what is taught here I learned. He teaches to add borates, not as an option, but recommended and then keep fc 5% of cya (7.5% if no borates). The other big difference and the reason I threw down the book and looked it up here and then never picked the book back up is that he says to monitor TDS and when it reaches 1,500 after subtracting salt, its time to drain and refill. I came here to make sure that was BS; learned that it was. On a good note, he has been out there promoting Chem Geek's proven fc/cya ratio to the trade magazines; but I wonder why he's still thinking old ways with some methodologies?
M

I have been a member of TFP since 2014 and a sincere thank you for all of the support received over the years. Two weeks ago we had the company that re plastered our pool 10 years ago redo the mastic around the pool. The two guys who did the work were so impressed with the condition of the pool that they asked my wife what we were doing. She explained our switch to TFP and showed them the website. Their comment was seeing the excellent condition of the pool they believed the plaster would last us another 10 years! I took over the pool maintenance from my wife when I semi retired in 2014 and soon got tired of running to Leslies to find out what condition the water was in and what chemicals were needed. There was always an answer and if that didnt work, there was always another answer. Searching the net I found TFP and never looked back. Thanks again for the site and especially to the members who are so free with their advice. Much appreciated. One other thing, Leslies in this area started stocking either 10% or 12.5% liquid chlorine and they keep it inside. Not cheap, about $5 a gallon but convenient and the julian dates seem to be fresher than HD or Lowes.
Last edited by a moderator: Oct 28, 2021
Reactions: kimkats
You must log in or register to reply here.

B
Thinking of having Blue Haven install a gunite pool

Under Construction Tuesday at 12:41 AM
bcm00re
B
W
What to do? Missing tiles and cracks in concrete

M
What do I need to buy?