Anybody thought about rearranging the letters in the acronym slightly? COLT still works semantically, and it's easier to remember.
Click to expand...

Really? Reminds me of one of my favorites, "If it ain't broke, keep on fixin' it 'til it is!"

True, all too often. It's the linguist in me (BA and MA in Lx). I'm always playing around with words and semantics.

Question: I just took an FC reading and got 13 ppm, which seems low to me, considering the water's appearance. So, I'm wondering, might Cl be getting eaten up excessively fast because the pool has experienced a reduction in CYA? Not sure how that would happen, but I did add a few inches to the pool's level yesterday. Lessee, though. 3" is roughly 1,000 gallons, which would be 5% of the pool's total, so it doesn't seem likely to me that the CYAs would have fallen much from adding 3" of water.

Still, I'm puzzled by the drop, and the only thing I can think of is a drop in CYA -- or transparent algae. OK, well, I'll know more tomorrow morning when I check FCs again.

So, should I let FCs drift down to normal levels before I do a complete pool chemistry test again?

I think you may want to try the OCLT again tonight. You did say you thought you had an unusually high drop in FC last night at the start of the test. It was probably testing error, but we don’t know by how much. I don’t think it will hurt to let the FC drop today, but I would run another test tonight.

Yeah, but I'm not totally convinced it was biologicals that made for that low reading. We've had a lot of intense sun the past couple of days, so that's gonna account for some of it. Nonetheless, I'll do as you suggest, and re-test tonight.

Another question: do I let the FC level fall back to the normal range before I let anyone use the pool?

SLAM level or below for your CYA is safe to swim in.

One pro tip for the next time you need to drain water quickly: Like you, I have cartridge filters and no other way to drain my pool than through a bib & garden hose. During Hurricane Harvey I couldn't drain water fast enough through the garden hose. It occurred to me to use my pool cleaner pump! I disconnected the feeder line from the cleaner, then pulled it into the grass at a distant low spot, this allows draining overboard at very high rates.

Okay, good to know the pool can be used!

Thanks for the tip, kwlis, but the only sort of pool "cleaner" I have is my Hayward Pool Vac XL, which discharges to my filter. I've bought some PVC fittings that I plan to install in my system so that, should I need to drain the pool in the future, I can use the pool pump to drain at a much higher flow rate.

What I plan to do is install a tee into the line running between the pump and the filter with a ball valve at one end of the tee, and then a drain line hooked up to the ball valve. I'll run the drain line out into my back yard. It'll end up close to the back of the property, where there's a drainage ditch just on the perimeter. When I open the ball valve, the water should take the path of least resistance, which I hope will be the drain line, although I'm sure some flow will still be going through the filter.

Ideally I'd like to find a three-way valve where I could divert the flow when its set to the drain position. But I haven't found a valve yet that will do this. The valve I bought is just an on-off ball valve. Hmm . . . I could get there using two ball valves, though. Yeah, maybe that's what I'll do.
K

Noted, I did not pick up on that being suction-side type of vacuum. Best of luck.

Be very careful using a pool pump to drain water. If you lose prime, you will burn up the pump. Having a sump pump available is safer.
Reactions: Chickinvic

Heck, that pump loses prime every time I pull my pool vac out of the water, unless I'm careful to leave the hose submerged. And it definitely loses prime whenever I have to pull leaves out of the leaf canister. It can take as long as 15 minutes to reprime. I've been thinking that maybe if I ran a garden hose into the vac hoses to fill them up this might help some.

But since I leave my pool vac's hose hooked up to the hole in the skimmer box, the only way the pump would lose prime if I were draining would be if the pool were empty. I think I'd know about that.

Good idea about a sump pump. Hadn't thought of that, and they can be cheap enough with a decent flow rate.

I suppose this will be my last post in this thread. Just as a way of closing the circle, as it were, I've got some test numbers from a test I conducted this morning. FCs are continuing to fall, everything else looks close to normal. 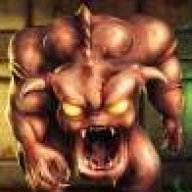 I'm concerned about your CC, it should be close to or at 0.
Is your pool covered?

No, the pool isn't covered, and no I'm not SLAMming. I just finished SLAMming a few days ago since it passed the OCLT test. The pool's water appearance is crystal clear. I'm keeping a close eye on things, now that the water is clear, for the least sign of green rearing its ugly head. Because the CYA is where it is, I'm not using chlorine pucks or any bags of shock. I continue to brush the sides and bottom and skimming the leaves and debris from the water surface and pool bottom, I keep the pool vac unclogged, so it is continually zipping around and vacuuming the bottom and sides of the pool, and I'm keeping a close eye on the pressure on my filter with its new cartridge. Right now, the pressure is 2 psi -- it hasn't moved in the past few days. If I see the pressure beginning to climb, I'll go ahead and pull the cartridge and clean it. Oh, my pool vac's leaf basket looks like it's getting full. I'm gonna empty it today.

I thought I should update things with a bit of news and some thoughts. First, the pool continues to look great. It is crystal clear, but I'm beginning to think that clarity isn't everything. Because the water is so clear now, I'm beginning to see some slight traces of what looks like green on the floor of the deep end. But -- like I mentioned, slight traces. Still, I don't care how slight they are, I'm somewhat concerned. I've tried scouring the floor with my brush and it doesn't seem to have any effect.

Yesterday, I checked the filter's pressure and it was up from 2 psi previously to 4 psi, so I decided to clean it. Well, it wasn't as dark as the old filter would get, but it definitely needed cleaning. And the dirt that was coming out of the filter was definitely green-tinted dirt. So even though I'm not seeing anything more than slight traces of green on the pool floor, apparently the pool vac is vacuuming up enough such that the dirt is green.

It is the wee hours of the morning as I type this. I was gonna start an OCLT test tonight, but I fell asleep. So I'll do one tomorrow night. I suspect it's gonna show that I have active biologicals. And this is where I have a question. Since I haven't dosed the pool with chlorine in about 10 days, I'm gonna have a low FC number. So if I SLAM, the PoolMath app is gonna tell me I need -- I dunno -- possibly 3 gallons or more of chlorine. I'm just wondering do I need to SLAM when my pool's clarity is excellent, even though it's showing evidence of algae? I mean, I'll SLAM if I have to, but hooboy, that's gonna be a LOT of chlorine. Or is there another procedure that doesn't involve using the trichlor-laden pucks or bags of shock to kill these traces of algae?

It's also been over a week since the last time I did a full test of the pool's water, so I'm overdue in that respect too. I've been putting it off because we've had rainy and overcast days these past few days and I recall the advice I was given on how to accurately determine CYAs -- I need sun for that test, and we haven't had any sunny days lately. The forecast for tomorrow is for more overcast, so I dunno. Maybe I should do the rest of the test and not wait until a sunny day for the CYA test. I can always do the CYA separately, I suppose
Last edited: Jun 26, 2019
L

I’m not a pool expert by any means, but 10 days without chlorine is quite a while. I lose 4ppm everyday due to the sun. Have you been checking your chlorine levels during this time?

I would suggest a SLAM just based off what I read here. There are several people who have to SLAM with clear water and NO signs of algae due to their numbers. I’d test your water ASAP.

Did you stop slamming while your CC was 1 because you had clear water? Ending a SLAM early plus no chlorine for 10 days is no good. Hopefully this will be a quick SLAM but please do not end it early or you will be doing it again in another few weeks.

All of this help that you received to clear your pool and you go 10 days with no active care. Just re-read your thread to fix your biological problems.
You must log in or register to reply here.
Share:
Facebook Reddit Pinterest Tumblr WhatsApp Email Link