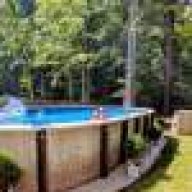 Hello,
I am considering switching over to salt water. Question I have is I run a 2 speed pump and just run in at low speed 24/7. Looking at the Circupool SWG's. Will these operate running my pump on low speed? Thanks for any insight. 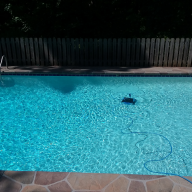 That's exactly what I do.

I have no idea what the RPMs are. I know that the "low" speed completely fills my SWCG cell and has decent flow out of the return.
Reactions: douglasj76

Be careful. You have a heater. That adds back pressure and low speed may not close the flow switch. No way to know until you install it.
Reactions: Philo and douglasj76
S

We installed the Circupool Core35 a couple days ago. We have a heater and when I initially switched the pump from high to low the flow switch stayed engaged but I went back an hour later, the low flow light was on. I haven't had any luck trying it with the heater off, either. Works great on high. Now I have to figure out how many hours on high. App doesn't give me that variable and also I don't know my flow rate on either speed but that's for another thread.
You must log in or register to reply here.
Share:
Facebook Reddit Pinterest Tumblr WhatsApp Email Link
Top Bottom