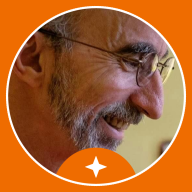 I have an apparent leak on the suction side of my system. Trying to diagnose where, but have not been able to pinpoint it yet.

The symptoms are, when the pump turns on about 9am, there are air bubbles (large ones, that you can hear bubbling up from 20 feet away), coming from the returns. The bubbling lasts for about 20-30 seconds, and then, stops.

I have checked the water level at the skimmer - it is at the proper level, and no air is entering through there.

I have checked the vacuum hose, and it is not cracked or leaking.

All of the above ground suction side PVC pipes and connections appear solid and I don't hear anything that sounds like air entering the system.

What are your thoughts or suggestions?

Have you tried this?

Find an air leak in your swimming pool. - YouTube

Pump running, is air moving through the pump basket? What you are describing is PROBABLY a suction leak but could be pressure side, too. 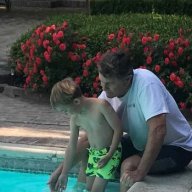 Check your gauge and air release fitting. I just had this issue and found a crack in the plastic where the gauge connects. Also check the o-rings at the connections, valves and drain plugs. Look for any pressure leaks when running and after turning off, get your ears around the joints and listen for a vacuum leak hiss. Good luck.

Isn't any pressure-side leak revealed by water dripping out of it? As in:

Can a pressure-side leak not drip, and put air into the returns somehow?

Dirk said:
Isn't any pressure-side leak revealed by water dripping out of it? As in:

Can a pressure-side leak not drip, and put air into the returns somehow?
Click to expand...

There can be instances where a small pressure side leak doesn't reveal itself because the water is absorbed into the ground and hard to detect.
When the pump turns off, air is then sucked into the pressure side as water returns to the pool.

I believe there is also the possibility that a leak can be water tight but not air tight. On the pressure side, that leak also sucks in air.

Oh, sucks in air after pump is off. That's my "learned'o'the'day!" Thanks Dave.

When I look through the top of the pump basket, while the pump is running, I can see water moving, and I can also see smallish (say, 1/4-1/2 inch diameter) air bubbles.

When the pump is off, the system (between the pump, filter and the water heater (that I don't run) makes the occasional gurgling sound.

I will check it again, I replaced the plastic housing within the past year, along with the pressure gauge, because the old one was cracked and weeping water. This one does not leak water. I will check to see if it is leaking air.

I did try that around the pump, starting from the bottom, and moving to the top, with no change. When I compare how much air was visible through the top of that filter lid to mine, that system showed a lot more air then mine does.

Yeah, suction side leak, then. Find the source of those bubbles (not easy sometimes) and seal it off.

I have seen air release valves (on the filter) leak air in and no water out.

If you can hear gurgling with the pump shut down.. I would not discount a leaking release valve or a faulty multiport valve.

I would turn off the pump and rotate the multiport to off or some other position and see if the gurgling goes away.

With a VS pump running at low RPMs some bubbles under the lid are normal.

I can't tell for sure if you have a suction side or pressure side leak, but the fact that you have large bubbles at start up and then they go away, tells me your filter and pump basket are draining back into the pool when the pump is off. A sure sign of an air leak somewhere.. My bet is the multiport or air release valve, but I've been wrong about a hundred times, just this morning..

I did try that around the pump, starting from the bottom, and moving to the top, with no change. When I compare how much air was visible through the top of that filter lid to mine, that system showed a lot more air then mine does.
Click to expand...

That trick works elsewhere too, on the suction side. So check everything (valves, PVC joints, etc).

So, the previous owner (who installed the pool), ran me through a quick course on how to clean the pump filter, how to use the multiport to drain (waste), backwash the filter, rinse, etc. One thing that he did not do is explain what this does. What's the proper name for this part, and what does it do? I'm wondering if it might be the source of the air leak?

That’s a three-way valve. It adjusts the flow of water between three pipes. Either water flows into it from one pipe, and can be diverted to either of the other two, or split between the other two in any percentage, OR water flows into it from two pipes, and can be adjusted to send either source on to the third pipe, or a mix of the two onto the third pipe. You’d have to post another pic, zoomed out more, for us to tell you what that one is doing. If it is before your pump, on the suction side, it could be the source of a leak. Did you put the running hose to it, and observe the pump’s bubbles?

+1 what Dirk said. It looks like that valve may have been installed with pipe dope instead of glued in place.....definitely a no-no.

So, here's some more info.

My pool has two large (maybe 10-12 inch diameter) plastic covered drains at the deep end, one skimmer, and one dedicated vacuum port.

I'm figuring that the two pipes that come out of the ground into the three way are from those three suction side "inlets". Not sure why there are not three separate lines, but I know nothing about pool design. From the three way, the white PVC goes along the wall and into the suction side of the pump.

Here's some better, closer pics of the three way. I have never done anything with it. If I was to turn the handle, what's the protocol? Is it like the multiport, turn the pump off, then move the valve, then pump on?

The two drains in the bottom of your pool are tied together and then one pipe goes back to the equipment pad.. So the valve you show most likely selects between the main drains and the skimmer. This "assumes" that you do not have a vacuum port in the side of your pool.

You can turn a Jandy valve with the pump running, but a lot of people like to shut the pump off first.

In the current position it appears that you are sucking about half your water from the main drains and half from the skimmer. It is best to run about 90% skimmer and 10% main drain.

Jandy valves can leak air, but they sell rebuild kits that are not too expensive.

Here's an alternate possibility, as you said you did have a suction port. It could be exactly like my pool. The two drains are tied together, as Jim described, somewhere under your pool. But instead of running from there to your pad, they could be running to the skimmer. Then the skimmer runs to that three-way valve, and the suction port runs to the other side of that valve.

By the way, I was asking for a zoomed out pic of your pad, not a zoomed in pic of the valve.

Open up your skimmer, take out the basket and take a picture of what's under the skimmer. That could tell us something.

And if you decide to fool with the three-way valve, before you do, take an extra minute and mark its exact position somehow. Use tape and a Sharpie, or something like that, so that after experimenting with it, you can restore it to its previous position. If the valve is balancing the skimmer suction vs the vacuum suction, it might have taken the previous owner some effort to get that adjusted just right.

In that case, if you have no other three-way valves, then you balance the skimmer and the main drains inside the skimmer. More on that later, once you get far enough along with the three-way...

So post a picture or two of your pad. And a picture of your skimmer under the basket.

Where do you connect your "Pentair Great White cleaner"??? Does it plug into the side wall of your pool, or do you plug it into the skimmer??

If you plug your cleaner into a port on the side wall of your pool, then the valve in question selects between cleaner and skimmer..

If you plug your cleaner into the skimmer, then the valve in question selects between the main drains and the skimmer..

Pretty easy to figure out.. just turn the valve so that you close off one of the two pipes coming out of the ground and see what happens.. With one pipe closed off, feel for suction at the skimmer and or cleaner port (if you have one)... then move the valve to close off the other pipe and see what happens. Just make sure that you do not rotate the valve so that the "off" tab points toward the pump, as that would shut off all the water.

If you close off that valve to one side or the other, and the pump is jamming, there can be a lot of force at the suction port or the skimmer port. Just be smart about how you go about feeling the flow at either port.
You must log in or register to reply here.
Share:
Facebook Reddit Pinterest Tumblr WhatsApp Email Link

Getting ready to SLAM, but sides of pool look a little off...