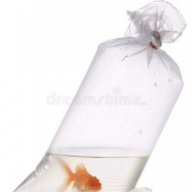 I got tired of adding stabilizer every time test strips say it's low so I quit using it. Chorine levels remain in normal limits all the time as well as ph. I've never had algae or discoloration and my water is always crystal clear. I keep salt level between 3000-3500 on a 14x28 all Haywood system in ground vinyl lined pool. Am I missing something not using the stabilizer? (Other than apparently wasting money?) 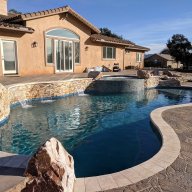 I am not sure if this is a trolling post or not but there are a few things regarding this that I am aware of.
1. You are using test strips which this forum is not going to be proud of you for that as they are unreliable compared to a proper test kit with chemicals.
2. It is my understanding that you DO NOT *NEED* CYA/Stabilizer but it sure helps with the Chlorine burn-off due to UV. If your pool is shaded most of the day it's not as impactful as one that is 100% exposed to sun all day.
3. If you let your CYA disappear then just be prepared to up the percentage of run time for the SWG or your pump (or both).
4. If your FC gets too low then you may begin to have the problems you are so excited you have never had.

Personally, I buy 1x 4lb container of dry CYA a year and that seems to last me all year plus one additional dose in the Spring so I am not having to take any loans out to make sure my Chlorine stays in the water rather that burns off as soon as it's generated.

No troll. Just not seeing a real need for it~! I get about8 hours of sunlight over most of the pool and never turn off my pump.

CYA not only reduces FC losses due to UV. It also allows to have a sufficient chlorine reservoir to ensure sanitation throughout the day, without having very high levels of "active" chlorine (HOCl) at any time. It kind of takes the "harshness" out of chlorine. For this reason, small amounts of CYA are also recommended for indoor pools.

This here is a good example of the problems you are facing when running a pool without CYA (apart from higher UV-losses):


chem geek said:
What you wrote is correct and actually makes perfect sense since CYA significantly moderates chlorine's strength. The way you need to look at it is that not using CYA in the water has one over-chlorinate the water, at least from an active chlorine (hypochlorous acid) point of view. My wife has personal experience with this difference where her use of an indoor commercial community center pool for the 5-month winter season each year had us changing her swimsuits every year since their elasticity got shot whereas in our own outdoor residential pool with the same brands of swimsuits over a 7-month summer season they would last for 7 years. Also, the effects on her skin and hair were hugely different between the two pools. The indoor pool had 1-2 ppm FC with no CYA while our outdoor pool had 3-6 ppm FC with 30-40 ppm CYA. That's a difference in active chlorine level of roughly a factor of 5-30 that explains the difference in experience.
Click to expand...

Ever have to replace your SWG cell because it died faster than necessary.....from overwork 'cause you didn't have CYA in there to "hold on" to your FC. So you run your SWG into the ground prematurely. <shrug> I guess that works for you.

OP's SWCG may die from scale and what not. There's no mention how the water is tested and what the CSI looks like.
Reactions: YippeeSkippy
J

Fish in a bag said:
I got tired of adding stabilizer every time test strips say it's low so I quit using it. Chorine levels remain in normal limits all the time as well as ph. I've never had algae or discoloration and my water is always crystal clear. I keep salt level between 3000-3500 on a 14x28 all Haywood system in ground vinyl lined pool. Am I missing something not using the stabilizer? (Other than apparently wasting money?)
Click to expand...

You don't really know what your FC, CC, PH, TA, CH or CYA levels are if you're using strips. If you really have no CYA, then your normal chlorine levels are actually extremely high. Someone with more expertise than me can say what a 5 chlorine level with no CYA is equivalent to, when compared to the same level with CYA.

I have test strips I use for " do I have chlorine " and the CYA has shown the same level 30-50 when it was 40 as it does now that I bumped it to 80
Not debating the need but don't trust test strips Your CYA may be 240
Reactions: goody222, Jeff J. and Mdragger88

Well that ought to clear up those old stains on that tee-shirt you wear in the pool!

Same experience here, CYA reading on the strips is always between 30-50, regardless of the real concentration. But the strips work for a quick "yes, there is chlorine in pool" check...

Appreciate all the feedback. I do use chemical test kit ( every couple weeks) with OTO and phenol red for pH and chlorine, but never bought anything fancier. My ph is a bit high at 7.4-6 at times, but not often and chlorine runs about 2.0 most of the time. Guess I could turn the swg down to 10%.......?

I've had a pool for 20 years. Ten years with test strips and pool store advice, ten years with a good test kit and following the advice I found here. It's been night and day between the two. The money and time I saved have more than paid for the a more expensive kit.

For me stabilizer is one and done. I add it when I open the pool, check it mid-season and don't worry about it the rest of the time.
M

Hey Fish'
No need to be secretive here. What kind of test kit are you using? If its a Taylor based kit we can talk. Without your test numbers from a kit we have standardized on any conversation about your pool's chemistry is just conjecture. In a forum setting like this we all need to be on the same platform testing wise to discuss pool chem. Post your numbers and we can bring some productive input into the state of your pools chem.

Indoor pools will often not use CYA since they never have any UV exposure. Personally I find I get much better FC retention when my CYA level approaches 70 ppm.

Running a pool without CYA is requires only a very small amount of chlorine for disinfection. Higher amounts will be very harsh, as explained above. The problem is, that when using the pool, this chlorine can be consumed very quickly. Just a pee-accident, and your FC is gone. To run a pool without CYA, you need a constant monitoring of your FC and constant adaptation of your chlorine production. Otherwise, you'll have to run higher FC to have a buffer to keep the pool chlorinated when using it, and to accommodate UV-losses, but without CYA, this extra FC will be very harsh.

With CYA, most of the FC is bound to CYA, where it is protected from UV. Only a small fraction is available as active HOCl. That's why the same FC with CYA is less harsh compared to a pool without CYA. When active chlorine gets consumed by UV or to kill pathogens, more active chlorine gets released from the CYA reservoir. With CYA, you need a higher FC level to always have enough HOCl at all times (that's where TFP's FC/CYA tabele comes from) - but you won't have too much HOCL, your buffer-chlorine is bound to CYA where it is not aggressive, but can get released quickly when active chlorine gets consumed.

IMHO, it is impossible to run an outdoor pool without CYA and keep it sanitized and free from algae at all times without an automatic FC measurement/control system. And even with a system like that, I would still recommend the use of some CYA (Some of these systems measure ORP, not FC. These systems don't really work well with higher CYA-levels, but that's another topic). And even indoor-pools, especially with higher bather loads, benefit from some CYA.
You must log in or register to reply here.
Share:
Facebook Reddit Pinterest Tumblr WhatsApp Email Link

How long after adding stabilizer can I swim?