I have been trying to solve this problem for a month. I have an inground pool, with a spa that is 1ft higher than the pool. During operation water overflows from the spa into the main pool. There are also a set of three beach jets adjusted manual with a value, and three deck jets. Flow to each is on its own value and there is an automatic value that turns the water on and off to the three deck jet lines.

Each night for the pass month or more, the level in the spa drops at night to the level of the main pool. During this process, the main pool's height goes up about 1 inch.

I have read the various threads here and I had the check value replaced, but that did not fix the problem. Attach is a picture of my setup. I would appreciate it if anyone has an suggestions to test or fix the problem.

Welcome to the forum!
I would suggest using the return valve to shut off the spa return to see if that solves it. If it does, then it is still the check valve. You will need to take the actuator off the valve and use the handle to turn the valve closed.
Your 'Spa Return' you have indicated on your picture is the Spa Suction.

I suggest you read ABC's of Pool Water Chemistry.
R

mknauss said:
Welcome to the forum!
I would suggest using the return valve to shut off the spa return to see if that solves it. If it does, then it is still the check valve. You will need to take the actuator off the valve and use the handle to turn the valve closed.
Your 'Spa Return' you have indicated on your picture is the Spa Suction.

I suggest you read ABC's of Pool Water Chemistry.
Click to expand...

I'm pretty new to this. Is the value from talking about the one on the right that has the arrow pointing at it, just south of the cleaner value.

No, that is the suction side. The Return side is the actuated valve on the left you have an arrow point at. It is currently shown open to flow to pool and spa.
R

Hi mknauss, thank you for your help. I shut off the spa return by using the return valve. Here is what the return valve looks like after the change, just to make sure I moved it into the correct position for the test. After about 3 hr, the level of the spa was down about 8", so the problem is not resolved by this test. Any additional suggestions would be greatly appreciated.

That is concerning. So you had the Spa suction and return lines shut off, and the Spa level is still draining to the pool, with the pump off.
R

Yes. Here are pictures of how the valves were set for the test.

As it is not obvious that you have a spa make up line, I am not sure what would make the spa drain down.

Has it always been like this? What changed when it started to drain down? 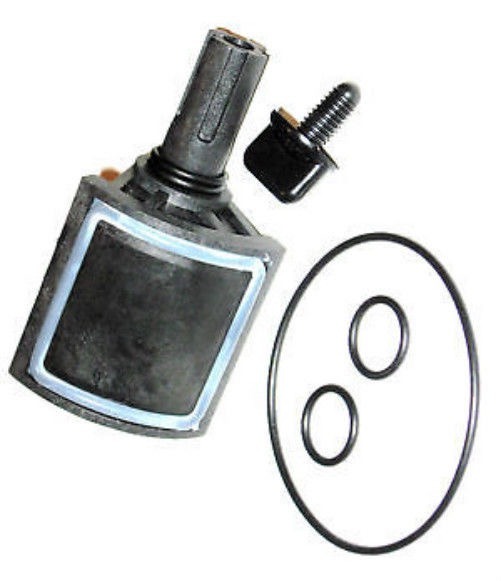 Post some pics of your plumbing from the other side so we can see the pipes going into the ground more clearly.
Last edited: Feb 3, 2021
R

Hi. To begin the story we don't use the spa that often. So about a month ago we used the spa, with the blower. Everything was fine, however, when we shut down the spa, the system would not return to pool mode. Turned out that the one of the actuators wasn't working (I'm not sure which one it was). Anyway, I decided to have both of them replaced as they were both the same age and I didn't want an issue with the other one in the future. The problem started after the actuators were replaced. I'm not sure if I noticed it right away, or after a few days. We also had an issue with air bubbles on one of the return lines. When my regular pool service tech replaced the actuators he noticed that when the pump started there was a very small leak in the suction valve. I believe he replaced the O-ring. That stopped the leak and got rid of the air bubble issue. He though that air was being sucked in, after the pump was primed, was the source of the air bubbles. Keep in mind that the air bubble issue had been going on for more than 1 year, and not when the spa level started falling at night. Will try replacing the diverter mechanism. Thanks again for you help.
R

If you look carefully you will see that, in IMG_5417.jpg the valve is not completely shut. The actuator needs to be adjusted so that the handle is completely in line with the pipe. The same applies to the suction valve actuator. You may think that little bit won't make a difference, but I make this "repair" at least 5 times a year or more.
Reactions: mknauss

+1 to what poolman said.

Take the actuators off. Adjust the valves manually to insure they are closed.
R

Hi, I want to thank mknauss, 1poolman1 and rahpool for their helpful comments. I have attached another view of the equipment in spa mode to show the valve positions. The one in the first post was in pool mode. I have another question. Is there any back flow regulation on the air blower. Could that also be any issue? I'm waiting to have a service person replace the suction side diverter mechanism, since I don't feel comfortable doing it myself.

The blower should not need a check valve. If the plumbing is designed correctly.

I would test the valves as I described above before paying someone to do the very simple process replacing the diverter and orings on the valve.
R

Hi. I want to thank everyone for there help. It turned out to be the suction side value as suggested by mknauss, but it required more than just replacement of the divert parts. We needed to replace the entire value. Everything is working fine now.
You must log in or register to reply here.
Share:
Facebook Reddit Pinterest Tumblr WhatsApp Email Link