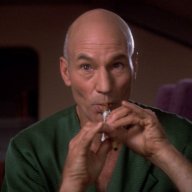 Hi all, just had my pool totally redone (plumbing, pebbletec, filter and pump), and I got lazy with my chlorine and now it's green. Since some of my test results are weird, I wanted to check before I SLAMmed. My CYA is very low, so would like some advice before I start.

Thanks all! Appreciate it.

Hey there Flip- Your pool results are just about what I'd imagine for a new pool. Low FC, Low CYA, Low CH. Which test kit are you using?

I would suggest you use PoolMath to tell you how much CYA to add to get to 30ppm CYA. Then follow the instructions for the SLAM.

You also should raise your CH to about 300ish. Being in California with high evaporation,hard water, etc you don't want to add too much as your CH will rise on its own.

Thanks Maddie! I'm using the TF-100 kit. PoolMath gave me the calculations for CYA and CH, so I'll grab some stuff and we'll get going on the SLAM! Really appreciate the help.

Keep asking questions as they arise

How long ago was the pool resurfaced?
Are you using tap water for make up water do to evaporation? As I recall Riverside has some pretty hard water. You may want to let the CH rise on it's own due to evap/refill. You are already at 200 - and in a year will probably be at 400. CH doesn't leave the pool thru evaporation.

Tell us a bit more about your pool. Fill out your signature with pool, pool equipment (manufacturer and model numbers) and test kit info.
Reactions: YippeeSkippy
N

Hey Flip and Welcome !!!! How long you been lurking ? Seems like you have a great grip on it as a 'newb'.

Like Maddie said, folks are not only here to help, but also rather bored and kinda sad if it's a slow day. Ask away anytime !!!

If the water is as hard as Proavia recalls it might be a good idea to do a CH test on your fill water just to have a baseline awareness. Some with incredibly hard water use water softeners to quell the issue.

Thanks all! Could this be the most genuinely helpful community on the internet? It seems like it might be.

- proavia: Pool was finally all done at the end of July. Yeah, using tap water, and we have an in-ground automatic filler with a float to regulate it.
- Newdude: Haha, thanks! Literally found out about this site last week, ordered the TF-100 immediately, and am just excited to finally have a handle on what's going on with my pool. I really want to be able to maintain it on my own, but hadn't found any good info on how to actually do that until now.
- Maddie: That's an awesome idea! I'll do that when I go back out for my next FC check.

SLAM started this morning and we'll see how it goes! Here's what I've been up to so far: PoolMath Logs
Reactions: imrodee and Newdude
N

Ok Great !!! Let’s go over the basics because you had to sort through an assault of info last week. (Again, you’ve done amazing so far). But little things get missed so here we go.

FC is king. You need to maintain/ M it at Slam level. The more you maintain it, the quicker it goes. We prefer testing and adding every 2-3 hours but we also have lives so we get it. Do the best you can. If you simply cant dedicate a good chunk of effort to it at the moment, don’t blame the process.

FC is king. None of the other tests matter for now. Ph for example is skewed at 10+ FC. Don’t even bother.

FC is king. Brush and vac daily to break up the biofilm that algae grows (on the walls/floor) to protect itself from the harsh environment. You may fluctuate in demand depending on how much you stir up today. Don’t get discouraged if it’s 2 steps forward and one back. Progress is progress.

FC is king. Green is alive algae and at some point it’s mostly / all killed and you go cloudy or milky. At that point it shifts to a filter it all out fight.

FC is *still* king. Keep it up just in case while you backwash / clean the filter anytime the psi goes up 25% from clean. Keep brushing and vac-ing. If you have the time, 2 or 3 times daily will not hurt.

FC is king. Go on a full blown algae scavenger hunt. It has fooled many hiding in plain sight. Ladder rails hold several gallons of old water. All up in the skimmers. Stairs, water features, autofills……. Until you clean every inch, it’s suspect.

Once the water is clear, and I mean stupid clear, OMG why is the pool EMPTY???? Clear, Perform an Overnight Chlorine Loss Test. Algae and UV from the sun consume FC. When you take the sun out of the equation, any FC you have will be there in the morning with no algae.

FC is king. Keep it at SLaM until

the water is clear
Overnight loss of 1 or less FC
CC of .5 or less.

Going forward maintain a daily level of FC following the FC/CYA Chart religiously. Your frequent testing will let you know you consumed 3(?) FC everyday this week. Expect the next several days to do similar and dose accordingly to never be below target level. Forget minimum. It is not OK. It a defcon 5 situation. ‘Minimum’ does not give it the proper justice.

Again, ask away anything at anytime

Really appreciate all the info. Thank you. Any suggestions on what speed to keep my pump running at? I think it idles at 1000 when it isn't doing an hour or two of 3250 every day.

Oooooooooh. That’s a tricky question. For now, 1k ish is fine to circulate the water and keep it well mixed. But once it becomes a filtering battle, it takes many many ‘turn overs’ to get the job done. So from a functional standpoint, you’d want sheer volume. But 3250 RPMs is 2800 (?) watts…. So maybe find the sweet spot around 2200-2500 before the wattage goes through the roof on the last few clicks. You don’t want to save all this money with TFP just to have a $900 electric bill.
Reactions: flipmodemedian
N

*backstory about what you’ll be up against at filter battle time. If you put the volume of the pool through the filter, it’s also mixing the whole time so maybe half of the water gets filtered. On the second full pass, half of that half. For the first 2 days you are making great visible progress and patting yourself on the back. And then the brick wall hits for that final 10%. Progress grinds to a halt when trying to get those last little %s through the filter. Just a little bit is all it takes to taint the water. It will look way better but still not quite good.

when that time comes, don’t get discouraged. Know that it has tested the patience of anyone who has ever passed the process. Stay the course and have a tasty beverage.

On the plus side, the FC is long holding by then so you really don’t have to do much but wait. Daily brush and vac of course and wait.
Reactions: flipmodemedian

Okeedoke. Things are looking good. I can't see any green in the water, and the build-up on the pebble is much thinner and less discolored. Definitely cloudy, but thinks are looking clearer especially at the shallow end. I think I'll try an OCLT tonight and see if we're set on chlorine. If the OCLT shows that the chlorine is done killing the algae, then am I ready to let the FC start drifting back to maintenance levels? Or do I need to keep it up until the cloudiness is gone? @Newdude, I think I understood from your post that I need to keep it at SLAM levels until all three criteria (OCLT, CC, and clear water) are met, but I wanted to confirm.
N

flipmodemedian said:
Or do I need to keep it up until the cloudiness is gone? @Newdude, I think I understood from your post that I need to keep it at SLAM levels until all three criteria (OCLT, CC, and clear water) are met, but I wanted to confirm.
Click to expand...

Full SLAM ahead until the 3 tests tell you to let the FC drift down because you passed. The back half of the process will be a filtering fight and the FC will hold well at that time, so that part eases greatly.

So let’s redefine ‘clear water’ to start your OCLTs. Stupid clear. OMG where did the water go, clear……. No joke.

‘Pretty clear’ nor. ‘The clearest it’s ever been’ does not qualify until you have seen TFP clear in person. You will know it when you see it.

So we want the FC maintained 24/7 (do your best of course, life and whatnot) until :

There is no need to fail more than one criteria. Any fail is an overall fail.
Last edited: Oct 12, 2021
Reactions: flipmodemedian
You must log in or register to reply here.
Thread Status
Hello , This is an inactive thread. Any new postings here are unlikely to be seen or responded to by other members. You will get much more visibility by Starting A New Thread

Algae - Prevention and Treatment May 27, 2022
cteffenhart
C
C
About to start my first SLAM. Are my levels ok to start?