Goochland, Virginia (outside of Richmond)

Slowly teaching my brother in law the BBB method, his test kit should arrive early next week.

We know he is on the yoyo and getting pool stored, we have stopped that. We know that we need to work on his CYA and we will do that gradually.

He went on vacation for a week, he shocked the pool with bleach and then placed some pucks in his skimmer baskets 2 or 3 per(not the best thing but he had them). He received his first electric bill at the new house and in shock went and turned off his pump and left town for a week.

Yesterday he arrived home and turned on his pump and took a water sample.

He was told that this was unsafe to swim in and he needed to use some chlorine neutralizer ASAP. He balked at purchasing left the store and called me (win).

I do not believe that it is possible for his CYA to be that low, he has replaced maybe 15% of his water since the second test. I don't think his FC levels are "dangerous" because his CYA levels must still be in the 80-90 range at least (and using the CYA chart).

He is going to vacuum the pool and remove the pucks and add some fresh water. His daughter has a get together at 4:00 this afternoon and he is worried.

I really don't think his FC levels are that high either, I wonder what they would be with a good test after more circulation.

Should he have any worries about having his daughter and friends in the pool?

I think he is good to go and we really need a set of accurate test results. 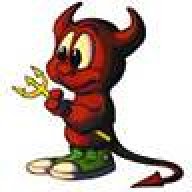 Yeah. Stop going to the pool store and get a test kit. You have no idea what's going on cuz of the wild fluctuations in results. 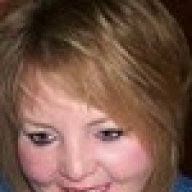 Are you close to him? I am assuming that you have a good test kit since you are teaching him BBB. Perhaps you can test his pool with your kit to get some accurate numbers.
B

Goochland, Virginia (outside of Richmond)

No he is in Atlanta and I am in Virginia. I wish i could test his water quite badly, in fact i am itching so hard about it I believe I will go test my own.
You must log in or register to reply here.
Share:
Facebook Reddit Pinterest Tumblr WhatsApp Email Link

P
Science of "safe to swim up to SLAM level"