S300 not working after a month?

Thanks to this awesome board we purchased an s300 from Marina in May. For a few weeks it worked perfectly and picked up things I didn’t even notice were in the pool. Now however, I can’t get it to pick up a worm or leaf. Is there something that maybe went out of alignment or an area I might be missing? Not sure if I need to fix something small or this is a defect in the robot itself.

Check to make sure nothing is wrapped around the suction motor at the top.. The manual tells you how to get to it...

If that is not the problem, then tell Marina what is going on and they will take care of you..

Thanks! I think I need to give them a call. As of today it runs for 5 seconds then stops. 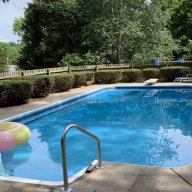 I'm getting ready to purchase a robot, but if yours stopped after a month, I'm scared! Just wondering if you contacted Marina and what feedback you received?

I bought an S300 last summer to replace an 10 year old aquabot. For my first Aquabot replacement I tried to be economical and went with a Hayward sharkvac XL. It wasn't so good and I took it back spending a ~$200 more for the S300 and couldn't be happier. The S300 is superior in every way to my old Aquabot and Hayward. My only gripe is the bluetooth control can be unreliable but that isn't important to me.
B

So it’s actually the Active 30 I have vs S300 but that’s the same thing. I had to send in to Dolphin at their cost because they said based on my serial number, it was in a batch of new ones that needed a software update ? I got it back yesterday, put in the pool, and same error. So Dolphin is sending me a brand new one. A pain in the butt to keep lugging to FedEx but I’m glad that they are doing the right thing.

Marina would’ve replaced it within the first 30 days but told me I had to go through Dolphin warranty. Their process has been fine, so no complaints. But I am nervous about getting a new one that has the same issue occur.
B

gio5 said:
I'm getting ready to purchase a robot, but if yours stopped after a month, I'm scared! Just wondering if you contacted Marina and what feedback you received?

I forgot to reply to you directly in my response but see above
Reactions: gio5 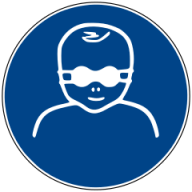 My Dolphin Premier stopped working after my wife used it last year. It was about 3 months old, so still in warranty, which is 3 years on that model. The robot would run for a few seconds, and then stop. I called Maytronics and they had me check the impeller and it turns out that all of the blades were broken off! Maytronics sent me a replacement impeller and after a 5 minute fix, all was good again.

It turns out that my wife ran the robot without the filter installed--this one has a bottom-loading filter cartridge--and it must have sucked in something hard that broke the blades (metal hair clip? no idea what it was...)

After that I installed the plastic mesh guard over the motor housing that is supposed to be used with the leaf bag, but it fits with the filter cartridge as well. That should prevent large hard objects from getting sucked into the impeller again.

Changing brushes and tracks on S300