Raise CYA to winterize or wait until Spring? 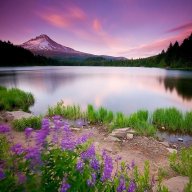 My pool was installed in the middle of July and I added everything pool math told me upon initial fill. All of my levels have remained in just about perfect levels ever since then EXCEPT my CYA has ALWAYS been super low (20.) I know everything needs to be in balance before I close the pool for the winter and that I need to bring my pool to slam level before closing, but with my CYA being so low I'm conflicted on what to do. I can't remember the thread I was reading, but somewhere someone said NOT to worry about CYA until opening in the spring since the pool would be completely covered and not exposed to sunlight over the winter. Other posts say I need to raise the CYA because that affects my target SLAM levels. Considering it's so low right now I don't know where to start with my SLAM levels because the chart doesn't even start until 60 for SWG pools.

The biggest mystery is that I added the full amount of stabilizer that pool math told me to initially, and I added it in a sock just like I was supposed to, but my level never increased to more than 20 and I have no idea why! I was also concerned about how quickly it dissolved compared to the time I was reading that it SHOULD dissolve. I've always wondering if I had just gotten some bad stabilizer. But regardless, my water has always been crystal clear and perfectly in balance everywhere else even though my pool is in full sun.

Do I add 8-9 lbs of stabilizer to raise it up before closing, or guess at a SLAM level for closing and then raise the CYA in the spring?

Use the non-swg FC/CYA Chart which says FC 10 SLAM level for CYA 20.
Reactions: Jamie Languedoc
You must log in or register to reply here.
Thread Status
Hello , There was no answer in this thread for more than 60 days.
It can take a long time to get an up-to-date response or contact with relevant users.

L
Getting my numbers right

Testing and Balancing Your Water Mar 10, 2021
Sean_T
S
R
What are the order of tests and chemicals to add after opening winterized pool?