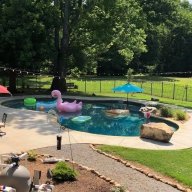 Pool installed 2016 with Astral Viron SWG system - VX7T chlorinator, 7 series salt cell (newly replaced) and Viron eVo P280 variable speed pump. We are in Nashville and when building out the pool didn't pay attention to the brand of the equipment. The business owner is Australian so he provides this brand here instead of Hayward or Pentair. Had I been paying attention I would have opted to upgrade to something more serviceable by other pool companies. Thanks to having Astral equipment I am stuck going back to the builder for service needs. And their service after the sale is severely lacking.

Just a few weeks ago, our salt cell, on it's 4th season, would not generate above a setting of 3, no matter how balanced the water, how much salt was dissolved, water temp, pump setting, etc. We purchased a OEM replacement cell off ebay from an Astral/Viron dealer in Australia (at roughly 1/2 the cost our local builder wanted.) The cell was super easy to replace using the existing wiring and it worked GREAT for about a day. Then, nothing. Pump still running, water flow great, but no chlorine gas being is produced, even though the chlorinator display reads that everything was running perfectly. The next day, the chlorinator/pump would overheat and completely shut down when the pump was running at 3050 rpm, then start back up by itself after it cooled off. Currently on 2225 rpm and it doesn't cut off/overheat st this speed. The small 12v cooling fan located in the chlorinator seems to have burned out as well as it doesn't turn on.

Called for service from the installed (Pool & Spa Depot in Brentwood, TN - BEWARE!) who tried to tell me it was the cell and refused to come out unless I purchased a cell from them for $600 ahead of time. I told them to come out and diagnose the issue before selling me product and paid $150 for a service call. The Tech brought a new cell from their shop with him, and of course, it didn't work either. He called his boss who insisted it was the cell while he argued that it wasn't. He left stating the problem was either the main power board or the cord connecting the SWG cell to the chlorinator but he didn't have the proper tools to try to diagnose either. We heard NOTHING for 3 weeks.

We had a long-planned trip coming up so I was on the phone with the pool store several times trying to get an answer. Finally they sent their top tech, who I'd met and worked with before just after original install, but he came out while we were gone and before I had a chance to schedule our house sitter to meet with him. Thus, I don't know exactly what he did or tested.

Finally heard from the service department yesterday - they insist the problem is the main circuit board and needs to be replaced at a cost of $500 plus another $150 for the install. Didn't mention the cooling fan at all or the poser cord from the sale cell to the chlorinator, which appears burned where it connects to the PCB.

Thoughts? I know the Astral/Viron isn't common in the US and sourcing the PCB in Australia is difficult because the AUS boards are a different voltage than US version. Hubby would like to ditch this hard-to-service brand and go with Hayward or Pentair, but if we so, will we also need to replace the pump as well? Plus I have this new $300+ salt cell, Ugh.

Pics of the current equipment.

Sorry you are having so many issues!
since u just replaced the cell can u return it?
Also do u have to replace the pump right now too? If not maybe shop around for a replacement swg keeping in mind plans to replace the pump in the future.
There are several swg’s that are very diy friendly.
I’m sure the salt pros will be along shortly with some more info. For u.
In the meantime be sure to supplement with liquid chlorine so nothing grows in your pool.

30k gallon pool I would recommend the SJ 55 or the RJ 60 plus, looks like it should connect up exactly the same way... I like the SJ models as they are no frills beast less things to go wrong.. 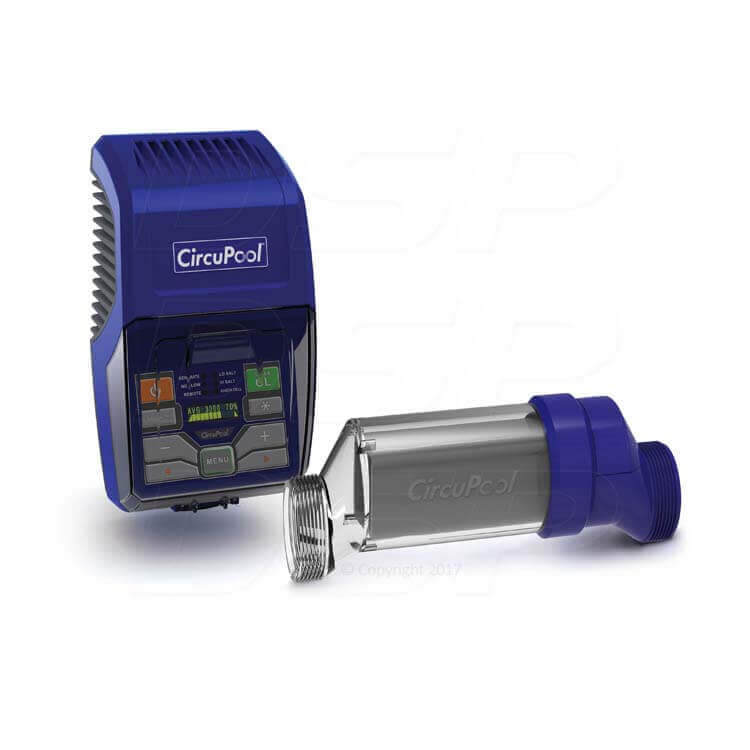 Thanks for the advise provided so far! The pump itself is in great shape having been replaced under warranty last year. Was hoping there was better chlorinator system I could install using the same Viron pump, even if it means having a salt cell that can't be used. I purchased it on ebay direct from Australia and no returns since it's actually working. My local pool company tested it and it's fine.
You must log in or register to reply here.
Thread Status
Hello , There was no answer in this thread for more than 60 days.
It can take a long time to get an up-to-date response or contact with relevant users.

S
How does SWG work exactly?

Preparing to start up my Jandy Chlorine generator