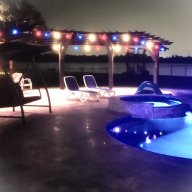 I remember reading about some pool putty to temporarily put around suspected leakers to test. I see plenty of hardening ones available. Is there a putty that's easily removable? I have plumbers putty. Is that feasible to use to test around light fixture and return fittings?

I have used 2 products with equally good results. I have used only on above ground plumbing at the equipment pad. 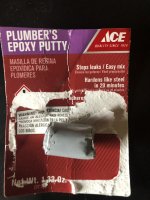 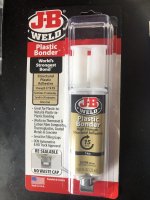 Thanks, @HermanTX . I'm looking for test putty to test for leak of area. I saw some in a post on here but only find hardening epoxy results. Kinda like a Silly Putty texture - no setting or hardening. It would be completely removable and was wondering if plumber's putty was of equal use.
Last edited: Nov 24, 2022
F

Traditional "plumber's putty" might do what you want. (The stuff normally used to seal between faucets and similar fixtures and the countertop)

flynwill said:
Traditional "plumber's putty" might do what you want. (The stuff normally used to seal between faucets and similar fixtures and the countertop)

Thanks! I have some. I didn't want to make a mess that's hard to clean up, but can't see where it would damage plaster. I just want to blank off around some jets or light fixture to see which individual one is the culprit. Leak is so slow, I don't know if dye would find. Someone showed some putty for that here that was used in the leak detection industry, just can't find. I've got leak narrowed down to spa, determined a leak rate over days of spa, and just need to test against that. My PB is going to fix, but it's going to be after Thanksgiving, next week, before we speak again, and I want to make a better informed reply back when time comes.
You must log in or register to reply here.
Thread Status
Hello , This is an inactive thread. Any new postings here are unlikely to be seen or responded to by other members. You will get much more visibility by Starting A New Thread

Found the leak, but repair is shoddy?