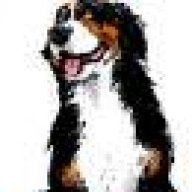 I have a 1 year old 22,000 pool. I've recently noticed that when the 3hp Pentair Intelliflow VSF pump is on its high setting, it really isnt moving much water. Using screen logic from my phone I can confirm when the schedule is running for Low and High speeds. If I configure the settings for RPM and set to the max, the output flow is still much lower than it should be. For example setting it for max 3450 rpm, the pump will only output 29 gpm. If i switch the settings for max flow (130 gpm), the pump only outputs about 52 gpm. Higher than when I had it set for RPM,but still not at the max setting. I did not have any problems with this pump last summer when pool was brand new. I have confirmed that the skimmer baskets, and pump baskets are clear of debris and have even checked the impeller to ensure it has nothing clogging it. And I cleaned the cartridge filter. Nothing has corrected the problem. I've been on phone with Pentair support multiple times. The first call I spoke with a pump tech. He said the individual settings on the pump were fine and he thought the problem was with the control panel and automation. Several more calls to the automation people, they confirmed what I see, but they wont admit the problem is with the Pentair equipment. I dont want to spend hundreds of dollars to hire a pool person to come out and confirm that there is something wrong with the Pentair equipment. I'd rather convince Pentair of that so that it would be covered under the warranty. Any suggestions?

What is the filter pressure and what is the system pressure reading from the pump?

Filter pressure is around 10. I don't have a pressure gauge at the pump.
J

You have to go to service mode on Intellitouch to operate from the pump.

bigdogmg said:
Filter pressure is around 10. I don't have a pressure gauge at the pump.
Click to expand...

Now I see the video you've attached. I'll need to put my panel in maintenance mode, then turn the pump on from the pump panel. I'll give that a try and then provide you with the answers. Thank you!!!
J

You might have a suction issue. Can you describe the suction?

Its a 20'x40' kinda rectangle pool. one Blue Square main drain and two skimmers. I have a valve to balance the suction between skimmer and drain. If I move to either side I dont see any change in output flow.
J

If the filter pressure is 17 and the system pressure is 38, that implies that the suction is 21 psi, which is more than what's theoretically possible.

Is the flow coming out of the returns strong or weak at 3450 rpm?

If the flow coming out of the returns is weak and the filter pressure is only 17 psi, that points to a suction problem.

You can get a vacuum gauge at an auto parts store and screw it into the front drain plug hole to see what the suction actually is.

Maybe the suction valve is clogged?

The flow is weak at 3450. I will pick up a vacuum gauge and I can also take apart the suction valve to confirm its either clear or there's a problem that needs fixing. What should a good vacuum reading be? Thank you for helping me troubleshoot.
J

Are you sure that the filter pressure gauge is accurate?

Maybe replace the gauge to be sure.

When was the last time that you cleaned the filter?

Be careful screwing in a vacuum gauge. It's a tapered thread and it can overstress the hole and possibly crack the hole.

Check the pump basket to make sure that it's clean.

You can check the impeller for debris to see if that's causing any problems.

Note that the pump does not actually measure flow or pressure. It estimates flow and pressure from the power usage and the rpm.

P
Pentair Intelliflow VS - running at full speed all the time....