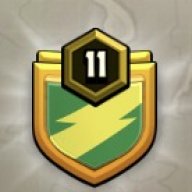 As stated above, I am having a “perfect storm” happen. It’s just at freezing and the temperature is dropping. What can I do to save my pump? I figure I can open the pump skimmer cover and open the drain plugs that are at the bottom of the pump? Will this keep the pipes and pump from bursting?

Also drained my canister filter so above ground pipes are empty

Then reattached plugs and turnEd breaker off in case power comes on and no water in pump and pump isn’t primed!

Geez! This is complicated!

Read The Physics of Freezing and Freeze Protection

Throw some tarps over your equipment. Your temps this week will not get low enough for long enough to cause problems.

No worries there. You won't be at that temp long enough to have damage.

Thank for the reassurance! Turns out a tree fell in power lines causing a few transformers to blow up and 1606 households to lose power just as the temperature hit 32°F. As they tried to fix it, the power would turn on and off several times at the beginning of the blackout and about 45 minutes later and again 90 minutes later. The temperature continued to drop to 28°F. I thought draining the pipes and pump and turning off the power to the pump would be a fail safe if the power came on during the night. I hadn’t read the posts on freezing yet so I hadn’t thought of covering the pump and pipes with a tarp. Actually, all my tarps were covering plants, so I have to buy tarps. About 40 minutes into the blackout I remembered my old pump was self-priming. I thought great! It will just start whenever the power comes back on. As I was outside turning the circuit breaker in the power flicker in and off because this was 45 minutes after the start of the blackout. The empty and so-called self-priming pump could not draw water through the line! Great! I turn the pump and circuit breaker off and I go to the backyard pool thinking there must be more leaves in the pool from the freezing rain and high winds! Yep! I pulled out enough leaves to fill my 55 gallon trash can! Of course, that was my 3rd time dealing with leaves that day. Ugh. Yeah. Anyway, I learned the self-priming doesn’t seem to work without water in the pump. Good to know! Maybe this is a known thing for more experienced pool owners. I kept the pump empty until the power came back on permanently. I dumped a 5 gallon bucket of water in the pump and it starts working as it should. Mental note: self-priming means it will start every morning as long as the pump has water in it. 2nd mental note: look into a cover to prevent so many leaves froM falling into the pool. 3rd mental note: I can hear the pump bearing starting to squeal so start shopping for a rebuild kit.
By no means was this a bad day. I learned a few things. Nothing broke. Cool.

Another Idea for Skimmer Leaf Guards

This time of year, like a lot of us, I spend a ridiculous amount of time with pool maintenance. As you can see, my pool is surrounded by oak trees. During the months of March and April, the pool is covered in leaves and seeds. Originally, I built some butt-ugly leaf guards for the pool using...

THought I'd share my cheap quick solution to a problem last fall...Exsessive leaf fall getting into skimmer basket My pool install was completed middle of last sept. Around October, as the leaves changes and prepared to fall, I realized with my small pool not having a bottom drain (I guess the...

I'm looking for something on the market that will block my Kreepy Krauly hose from getting sucked into the skimmer entrance. It blocks the flow and makes this horribly loud "slurping" sound. I've tried fabricating things out of plastic, and am contemplating building something out of fiberglass...

Skimmer Leaf Trap: The Problem: Leaves floating on the surface of the pool will clog your skimmers. The tannins in the leaves turn your skimmer basket and piping brown. And then, when you clean out the skimmer, stray leaves get sucked down the pipe. The Solution: I ...

Ya it takes days of sustained below freezing to do damage.
I very stupidly did not drain my heater during our last big winter freeze of 2016.
Heat exchanger was busted and leaked badly. Only the pump lid cracked, no other damage surprisingly.

Always good when you learn something, nothing broke, and it didn't cost you anything.

This morning was wicked cold with that wind. But now you know. We will have more nights/mornings like that between now and Feb, so you'll be ready for the next time.

Anytime the power is out on the pool (year round) and you want to add chlorine, just use liquid chlorine as normal and brush it around to circulate. No reason to ignore the chemistry if you can help it.

D
Does vfd really save on the power bill?