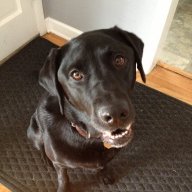 A week ago, put in Stain Free by Natural Chemistry to remove iron stains (confirmed by Vitamin C tablet test) after letting the chlorine drift down below 0. Ended up having to use 4 bottles to remove all the stains. Added algaecide using instructions on bottle for initial dose.

Once stains were gone, added Metal Free (sequestrant), waited 24 hours and vacuumed and backflushed – discharge was extremely dirty so I’m assuming some of the iron was removed.

Over the next 5-6 days, added chlorine to 2-3 ppm 3-4 x’s/day until it started holding. Somehow, I must’ve forgotten that I already added chlorine because it spiked and was at 16 when I tested yesterday morning. Started to notice the stains returning (assuming because the chlorine was too high and the Metal Free was oxidized)– so added a maintenance dose of Metal Free. Ran another full round of tests and pH was high – 8.0 so added muriatic acid to bring it down (staining is usually less when pH is lower, right?). Yesterday evening the water started to get cloudy. Not sure if this is the beginning of algae or the sequestrant doing its job. This morning it’s somewhat better but not crystal clear.

I’ve read some people have had good results with ProTeam Metal Magic as both a stain remover and sequestrant. Should I try that since the stains are new? Magic Mike’s?

In what order should I proceed? Clear the cloudiness and then worry about the stains later? My husband is losing patience not being able to swim since the weather has been fantastic and we haven’t been able to swim in over a week!

Emailed a local pool store - what do you know? The first thing they tell me is that I have chlorine lock. SMH.

cindyrose33 said:
I’ve read some people have had good results with ProTeam Metal Magic as both a stain remover and sequestrant. Should I try that since the stains are new? Magic Mike’s?
Click to expand...

Stains cannot be reliably identified by their appearance. I recommend doing tests before treatment. If you are contemplating using Metal Magic, here's the MM sponge test procedure:

Alternatively, you could use a Jack's Magic test kit:

I've used both tests and methods.

I removed all the iron stains from our Gunite pool two years ago (the first season we owned) using the Metal Magic treatment after doing a MM sponge test, but it turned out that copper stains still remained. The copper stains were the result of the previous owner's extensive use of copper sulfate-laced trichlor pucks. There is no copper in our spring water, according to a professional lab's test results. The only significant metal in the water is 4.44 ppm of iron, which is what caused the stains I removed the first season.

So...the second season I tested the remaining stains (a lighter more tan-ish color than the previous year's dark gray stains) using the Jack's Magic test kit and I also tested with sulfamic, oxalic, citric and ascorbic acids. Only the Jack's #2 / sulfamic acid worked at all (ascorbic made the stains darken). It took a long 12 weeks of Jack's #2/sulfamic acid treatment followed by rebalancing before closing last December.

Our pool has been open for nearly a month this spring and my residual chlorine still tests as nearly all combined chlorine (sulfamic acid binds chlorine and it can take months for this side effect to go away) but I also used 20 lbs of acid instead of the prescribed 17.5 lbs for my pool size. I still have over 30 lbs left in my chem inventory but hope to never have to use it again on this pool. I can live with the very light copper stains that remain after the lengthy treatment. Lifting the very old copper stains was quite a hassle and, given the diagnostic loss of combined chlorine testing, it still isn't over for me!

I noticed that you are on well water, which very often contains high iron like our 4.44 ppm Fe spring water. I know many people here think the Culator products are a rip-off but they work exactly as described and as expected for me. I use their Fillfast filter for fills and Culator eggs to catch any trace metals. Tankering water would be prohibitively expensive where I live so I spend less than $100 per year on Culator products instead. The Culator eggs work very slowly to remove metal ions (once you've lifted stains into ionic suspension in the water, think in terms of weeks and months for the exchange resin in the egg to catch nearly all of it) so they must always be used with an appropriate periodic dose of sequestrant to bind the metal until the Culator eggs can remove it. The Fillfast works quickly on fill water but I always run my fill hose near the bottom of the fill rate spec to provide good water dwell time within the filter. A Fillfast filter should last years for my top-offs but I never dump even a bucketfull of water into the pool without running it through my Fillfast filter first.

After clearing the two types of stains over two seasons, I now have two used Culator eggs of different colors--reddish brown for the first year's MM treatment and a blue-hue Culator for the second year's copper harvest--just as expected. I'm now using only the prescribed monthly trace metal dose of Metal Magic sequestrant to help keep any traces at bay until my Culator eggs can catch them. No stains have returned and the previous owner was constantly battling stains (unsuccessfully) with high doses of sequestrant.
S

This is totally theoretical, but it seems to me like someone with an iron problem could precipitate the iron by raising the pH and adding hydrogen peroxide. This should cause the iron to react with the peroxide to form ferric oxyhydroxide which is insoluble and would precipitate out of solution.
You must log in or register to reply here.
Share:
Facebook Reddit Pinterest Tumblr WhatsApp Email Link