After seeing several questions on pool pump efficiency and energy cost comparisons, I thought it might be helpful to put together a simple spreadsheet that allows a pool owner to compare the costs of several pool pumps. This spreadsheet uses the data from the California Energy Commission web site which shows the energy efficiency of many different pool pumps.

Warning!
The following pumps seem to have errors in the database so do not use the profiles for these. Once the CEC fixes the data, I will post an update.

A pump cost comparison spreadsheet may be obtained from this web site: Energy Efficient Swimming Pools 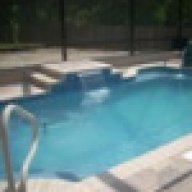 Hi Mark this is great data, unfortunately I do not see my pump model listed. My pump is a StaRite model P2RA5F, 1.5 hp. Do you know which model I could substitute this for????

The JWP5FL-6A1 should be close enough.

Also, I found an error on the Scenario2 tab so delete that tab and duplicate Scenario1 if you need to. 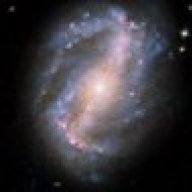 2) Pluming Curve - Curve A is equivalent to 1.5" plumbing with single runs but it is probably the closest to most plumbing systems although it is a bit pessimistic on energy efficiency. Soon the CEC will add Curve C which is equivalent to 2" plumbing.
Click to expand...

Pretty nifty table for a quick comparison of pumps. I have a couple of questions:

I.) The "Pluming (sic) Curve - Curve A" is selectable across row 2 --- should the drop downs for columns C, D & E also be used for input? They seem to work independently: though they are greyed out, one can select Curve A or Curve B in any of the columns, changing the output.

II.) In the post you've documented both Curve A and the vaporware-like Curve C, so what does Curve B apply to?

Curve A is approximately equivalent to a pool with 2" suction/pad lines (or 2x1.5") and 1.5" return lines with 55' runs. Not too unreasonable but still not a great design.

Curve B is approximately equivalent to a pool with 1.5" suction/pad lines and 1.5" return lines with 190' runs. I'm not sure why on earth they even put Curve B in that table but is a worst case.

Curve C is approximately equivalent to a pool with 2.5" suction/pad lines (or 2x2") and 2" return lines with 100' runs. More reasonable but may take some time to collect the data so it could be a while before they have that.

mas985 said:
Curve C is approximately equivalent to a pool with 2.5" suction/pad lines (or 2x2") and 2" return lines with 100' runs. More reasonable but may take some time to collect the data so it could be a while before they have that.
Click to expand...

OK. But the data for Curve C doesn't yet exist, right? So, little help there. And what makes those yokels at CEC believe that a typical home run is 100'?! I think 20' is pushing it on my system. Would think they'd have at least halved this figure to a more reasonable 50'... :|

For precision, I think I'm going to have to go back to some of your original calculations -- will mull these over and get back to you. Thanks!

You could just bump up the efficiency some to approximate Curve C. I estimate that the efficiency should increase by about 15% for Curve C over Curve A. Something better than Curve C might be 20% over A but I doubt it would get much better than that.

I will update the SS to allow you to add or subtract efficiency.

Updated the spreadsheet to use Curve C which is extrapolated from Curves A and B.

I also added a way to change speeds for a variable speed pump. 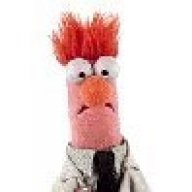 mas985 said:
2) Relative Pump Speed (%) - Used to change a pumps speed from the nominal. However, it is best to use a low speed profile for two speed pumps instead of using this parameter.
Click to expand...

Mark, this grid is great - thanks for sharing your work with us!

Regarding this statement, if I wish to compare my current pump (Pentair WF28; ss up rated 2 hp, unlisted in your ss) to the two speed version (WFDS28), would it be a reasonable to simply compare the WFDS28 high speed to the WFDS28 low speed? Further, should the relative pump speed be left at 100% for both high and low?

In your case, since there is no profile for a WF28, you can use the WFDS28 high speed profile as a proxy. However, you might still want to have three separate profiles for comparison. For two speed pumps, it is likely you will split the run time between the speeds so for example, you could have the following profiles:

You then add the cost of 2 & 3 and compare it to 1. Also, you can split the run time anyway you want for profiles 2 & 3 but it is more realistic to model it this way. Also, if you split the pump cost between the run times proportional to the run time, then you can just add each of the cost parameters for the two speeds and the totals will be correct.

I updated the spreadsheet with a two speed summary to show you how to set it up (see Scenario #1). Also, I had to fix the run time calculation as it didn't take into account the turnovers per day.

Because of the interest on ROI form this post and others, I added a section to do the ROI calculation although it doesn't include any probability of failure calculations as sc23 did. Thanks for the idea.

What was most surprising to me is that NPV spread between the different pumps was only a few hundred dollars.

The CEC has just updated their database and now include Curve C but only for Pentair pumps. So those pumps now have a bit more accuracy in the prediction of performance, including the Intelliflo. Unfortunately, they still have two pumps which seen to have erroneous data (WFDS-3 & WFDS-4).
P

Mark, You have done an excellent job bringing all this information together. You are undoubtable an experieced pool professional/Engineer and have spent a lot of time researching and developing your calculation spreadsheets. Thank you for your effort. Gary

Thanks and welcome to the forum.

Our pool has 2 variable speed pumps (Hayward Ecostar With SVRS). One pump runs the pool & spa and the other operates a pair of fountains and a waterside.

First, the good: i love the ability to vary the intensity of the fountains. Being able to tailor the fountain height to your mood and noise level preferences is very useful. Also, the reduced energy usage is appreciated, especially here in Houston where our pools operate all year.

Now, the gripes:
(1) every time I vacuum the pool manually, the SVRS trips off the pump. Frustrating. This can be overcome by manually overriding on the control unit by putting it in service mode, which upsets the pump program for several hours, creating another frustration. Another way around it is to trick the system by turning off the pump and then restarting it with the vacuum hose connected, effectively re- establishing the baseline of the suction at the higher level. This is the preferable way of handling the issue and makes the problem an almost non-issue. Still, I thought I would voice the problem in case others are facing a similar issue.
(2) we operate our pool pump 24 hours a day at a very low RPM, except for an hour or two at a higher speed to coax any debris that is floating on the surface into the skimmer. This operating philosophy (suggested by our builder) uses very little electricity (about the same as a 100watt light bulb), provides for a constant (pleasant) trickle of water from the elevated spa into the pool and keeps the pool water well mixed. Love it. The problems with this are both related to the lower water flow produced by the lower pump speed:
(A) the automatic chlorine feeder empties very slowly. If I were using chlorine tabs as my primary method of chlorination, this would be a problem since I would not be able to get enough chlorine into the pool water. However, since my primary method of chlorination is manually adding bleach, this doesn't bother me, except when we go on vacation and I am not here to add bleach. To address this, before we leave on vacation I load up a floating chlorine dispenser. I also alter the pump program to run at higher speeds so that it puts more chlorine into the pool from the automatic chlorinator. This puts unwanted extra CYA into the pool but gets the job done.
(B) the heater will not turn on unless there is a minimum level of flow from the pump. Obviously, the cure for this is to run the pump at a higher speed while in spa mode. However, I am embarrassed to admit that it took me a while to figure this one out! When the system was switching to spa mode the pump would shut down to allow the valves to adjust. Upon restarting, the pumps would spin up for a couple of minutes to prime. During this period the heater would come on but as soon as the pump slowed down to normal (low) speed there was no longer enough flow and the heater would shut down. Eventually, I figured it out :-D. One cool thing I figured out during this episode was that since the controller automatically reverts from spa mode to pool mode after a few hours, by keeping the pump speed below the minimum allowed by the heater, this limits the amount of time that the heater could be turned on accidentally before it will self correct.

Anyway, just thought I would offer some lessons learned about variable speed pumps with the web site that has taught me so much. For what its worth, despite these issues, would use variable speed pumps again if I had it to do all over.
You must log in or register to reply here.
Share:
Facebook Reddit Pinterest Tumblr WhatsApp Email Link

S
How to estimate cost/savings?

different types of sand and cost.