Never posted before, here or anywhere else. (just a pre-apology for any breech of thread protocol/etiquette)

I am looking for advice on rat-proofing my pool heater. I had several battles with them nesting in my pentair mastertemp. They chewed through wiring, and jammed debris into air intake. Reading posts on this site, I was able to successfully repair the damages on (3) seperate occasions. However, this time the nest damage actually caused hardware to rust from either wet debris, or rat urine. When I tried to unbolt blower to clear it out, the studs broke off. That nest was built right on top of the moth balls and poison. I am sure that heater would have lasted longer than 5 years if not for the palm rats.

Now I have to get a new heater (natural gas), and I am wondering if there is one made with a case that excludes rats. They were coming in through the vents as well as along the water pipes on my mastertemp 250. I read about a home-spun fix of wire mesh. Is that the best solution? Would it go on the inside or outside of the unit? I don't intend to spend the money for a new one until I have a plan in place for protecting it. I am in Fla, and the palm rats are not going away anytime soon. It seems that some manufacturer would be able to make a lot of sales with a model series geared for such issues, but I don't see any. If you're listening Pentair, how about a mastertemp "Florida Edition".

Lets up on our thinking caps.............think RAT............rats can squeeze into mighty small spaces. Hummmmmmmmmm I am thinking a hardware cloth "cage" for your heater. Hummm with "clips" to hold it down on the pad......Look at these for what I am thinking: Shop USP 4.6875-in Wood-to-Wood Pipe Rail Tie at Lowes.com Seems you could put this over the bottom of the wire and screw the "clip" down to the pad.

You will need strong hardware cloth to keep it chew proof. You will make it out of pieces. I would do the top and two long sides as one piece then put the two ends on. Now to connect the sides.................I would worry about zip ties as they can be chewed............Some kind of wire that you can "sew" the sides together with.

You have to be able to get it off when you need to work on the heater. That is the reason for the screws to hold the clips down.

I would even make the bottom of the "cage" like a L so there will not be any holes or gaps along the bottom.

So can you see what is in my head???? Let me know if I got my idea across please.

I believe you can buy rat-proofing kits for various models of pool heaters. It's basically fine wire mesh that's cut out to exactly match all of the openings in the heater.

On a Public Service Announcement Note I would like to say this - please don't use rat poison to kill rats. Rat poison is extremely dangerous and a poisoned rat does not die right away but usually becomes sick and wanders. The poison rat then becomes an ecological "dirty bomb" that causes secondary kills up the food chain in it's natural predators. We have many, many cases here every year of beautiful bobcats, owls and desert raptors that are poisoned from secondary kill sources (ie, a poisoned packrat or ground squirrel). Not to mention, rat poison is simply dangerous to have around the home as well. Poison is just simply the wrong way to treat the problem.

Believe me, I am no namby-pamby tree-hugging member of PETA. But I am a conservationist at heart and there are just smarter and better ways to get rid of the rat problem than resorting to poison. Rat poison actually increases the likelihood that you will get more rats, not fewer. Rats can reproduce at huge rates with gestation periods of only a few months (some as low as 2 months) which means that one female rat can breed several dozen babies per year. On the other hand, predators that eat the rats typically are a much smaller population with much lower birth rates. Some owls and raptors will only reproduce a few times in their entire lives and they can live for decades. So, when a poisoned rat causes a secondary kill in a predator species, the predator species is reduced and the predation-pressure on that rat population is reduced which means that it will reproduce at a faster rate. Estimates have been made of this effect and killing one desert hawk through secondary poisoning can cause an isolated rat population to increase by nearly 1000 more rats over the lifetime of the mothering females. So, in the end, poisoning is simply self-defeating.

A better approach is to use traps which will kill the offending rat and then to adjust the environmental conditions to make your heater a much less favorable home. Traps can be easily baited with simple food items that rats love (apple slices are a favorite). Getting a cat helps too but that can be limited if the cat is not an outdoor pet (I have a cat but she can not be outside). We have an "HOA Cat" that patrols our neighborhood everyday looking for yummy treats to eat and we have plenty of ground squirrels (prairie dogs) for her to munch on...
Reactions: Wobblerlorri 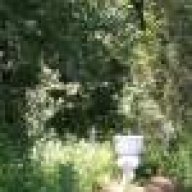 JoyfulNoise said:
I believe you can buy rat-proofing kits for various models of pool heaters. It's basically fine wire mesh that's cut out to exactly match all of the openings in the heater.
Click to expand...

I never would have thought someone made those. Sure enough Products | MK Rat Proofing

AftonJeeper said:
I never would have thought someone made those. Sure enough Products | MK Rat Proofing

That's the one! Yep, I only knew about that because I read a post a long time ago about rats in the heater and one of the gas heater experts mentioned it. Honestly, I sometimes can't remember where I left my shoes but TFP threads, it's like photographic recall....clearly I spend waaay too much time on this site.

(This thread makes me want to check my heater .... but, as the old saying goes, ignorance is bliss!)
P

Yes KimKats, I can see what's in your head, for it is very similar to what I had been pondering. I was just hoping for a cleaner, less medieval look than what I/(we) were envisioning. AftonJeeper and JoyfulNoise mention ratproofing kits, and I was actually able to find photos of them installed elsewhere on this site. They are basically wire mesh patches cut to size(s) to screw over the intended models' vents and pipe area. I guess I'll get a roll at home depot and use that idea once I figure out what new heater to get. I should have done this after the first damage, which was only to the wiring. Now there has been so much rat urine that the bolt studs broke when I tried to remove blower and igniter to clean out debris. I thought maybe someone made a heater with grids already welded/riveted inside the housing, but I guess not. Photos posted here by GDN in 2016

Is there ANY chance of using inserts to replace the studs so you don't have yo buy a new heater? They use insert in cars a lot so......

JoyfulNoise said:
I read a post a long time ago about rats in the heater and one of the gas heater experts mentioned it.

(This thread makes me want to check my heater .... but, as the old saying goes, ignorance is bliss!)
Click to expand...

Post 15. Some of the photos there crack me up.
S

Reviving an old thread for a quick question about the MK Rat Proofing kits. I notice that the kit does not instruct whether one should cover the Pentair MasterTemp exhaust vent? Should that not be meshed over for exhaust/heat reasons? I saw in another thread a self-made mesh cover over the exhaust.
T

professional exterminators that are rat specialists use only traps: spring loaded or enter a box and not leave. I am not a cat fan [either inside or out], but in the country, they are very effective for controlling both rats and smaller snakes [they also take out many of the songbirds so I do not allow them around, except for bobcats].

rats are looking for only 2 things: food and shelter. remove either one and they won't set up shop. If you provide both, then you will get more of them. The problem is that you can keep your place free of debris for nesting and no food sources, but your nbors might provide one [food] and you the other [shelter/heater], then you have them. It's a concerted effort.

K
Gray steps rather than white?

What are you thoughts on getting a higher rated heater vs recommended?