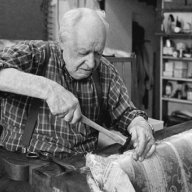 Getting ready to install a through wall skimmer in my Intex Ultra Frame Pool. Does it make any difference where I mount the skimmer? Other than the obvious problem of having to plug the two original suction openings on the 24’ side of the pool liner and cutting another opening in the liner for the new skimmer, could I mount the skimmer on 12’ side? The reason? The slab we poured several years ago is a 1” slope to allow for water running off from the patio and it happens to run the length of the pool from the 12’ side to the 12’ side. Placing the skimmer on the 12’ high side (lower water level) would mean I would not have to lower my water level to accommodate the new skimmer.

Do not plug the 2 holes, use them as returns for better flow in the pool, no such thing as too many returns. The skimmer placement should be dictated by the predominant winds. Where does the major part of surface debris accumulates? This is where it should be place ideally.
F

I was wondering this exact thing.. I need to get mine cut in.. kids are getting antsy and want it filled...
F

Flying Tivo said:
Do not plug the 2 holes, use them as returns for better flow in the pool, no such thing as too many returns. The skimmer placement should be dictated by the predominant winds. Where does the major part of surface debris accumulates? This is where it should be place ideally.
Click to expand...

This is tough, A. its pretty close to a fence so the winds would not be a factor, or they "swirl" due to the fence, house, shed, etc B. new setup so I have no idea where things will accumulate..

You can drop some floating toy and see where tend to gather. If not, put the skimmer opposite side of the returns.

I floated plastic water bottle caps and gallon milk jug caps, which were easier to keep track of because they’re brightly colored as opposed to the water bottle caps which are white. I tried the return eye pointed in a couple different directions and also floated the caps with the pump off and just let the wind move the caps. The caps ended up on the same side of the pool more often than not. It took the better part of the afternoon, but I found it helpful. The trick is to put them in and walk away. I don’t think it matters how they get where they’re going, just where they end up.. just a thought..
Reactions: Flying Tivo and vic4wcom
You must log in or register to reply here.
Share:
Facebook Reddit Pinterest Tumblr WhatsApp Email Link

P
My wall skimmer has disappeared, can I just hook up a sand filter without it(summer waves metal frame above ground pool)?