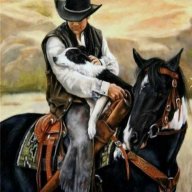 So I was reading a review on Amazon after I bought the Taylor salt test kit and they post said chlorine effectiveness goes down to like 20% with a pH of 8. Does a higher pH reduce the effectiveness of chlorine?

Does Pool pH have an Effect on the Chlorine's Ability to Sanitize Water?

In a pool with zero CYA, chlorine is more effective at lower pH, but this relationship is much less with CYA in the water to point of being irrelevant.

pH does affect the active chlorine (hypochlorous acid) level that is responsible for most of the disinfection of the water. However, when Cyanuric Acid (CYA) is in the water, it buffers this active chlorine so that pH has far less of an effect on it.

So we generally ignore the pH effect on chlorine except for a SLAM because the larger amounts of chlorine have the pH rise significantly so we recommend lowering the pH first before a SLAM, especially when it's a lot of FC due to high CYA levels.