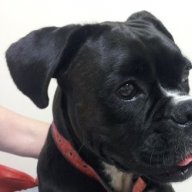 I have a pentair easy touch 8 pool automation system. It was installed by the previous homeowner. Thanks to this forum I'm doing most of the work for the pool myself.
On Friday I was unable to use the screen logic app in my cell phone to turn on the pool lights.

I spent a few hours on Saturday trying to diagnose the problem unsuccessfully. I power cycled, disconnected the rs234 wires in both ends. I saw posts on led lights but they didn't match my symptoms. On the wireless side connected to the easy touch interface the power led on the transmitter/received pcb was blinking about once a second steadily. No other LEDs where lit, both when trying an operation or while idling.

Today, sundqy I decided to further troubleshoot the problem. I connected the screenlogic protocol adapter directly to the easytouch with a 100ft multistrand irrigation wire (not the best for signals but it's what I had). The screen logic is working fine in this setup, and I can control all pool functions from the screenlogic app on my phone.

My conclusion is that It appears that the receiver/transmitter is what is broken and needs replacement.

Before I order a replacement I wanted to ask those of you more experienced if it's possible to order a replacement wireless transmitter/receiver that also let's me use a wireless dedicated poolside controller? I don't always like to use the phone to turn on pool functions, and I think I would like a remote. Ideally one that is waterproof.

what do you recommend that I buy for the wireless transmit that works with my screenlogic protocol adapter and also supports adding a wireless pool remote for my pentair easytouch 8?

Which remote do you recommend? I want to control pool and spa lights (2 circuits) and the jets for the spa. If possible I'd Iike the capability to turn on spa heat as well as setting the spa heat temperature. Turn on the heat is more important than setting the temperature but I would like to do both if possible. If that's not possible then the functions id like are simple: on or off for spa light, pool light and the spa jets. Possible an or off for the cleaner.

attached are pictures of my broken wireless transmitter/receiver.

For wireless control you can look at the Quick Touch II Remote, but I think it needs it's own transceiver since it cannot share the ScreenLogic equipment. @ogdento might have some alternative options.
O

In addition to the Quicktouch there's the Easytouch Wireless Remote (basically an indoor controller in a sealed box... has an lcd and aux buttons), but this also needs it's own transceiver. There is no transceiver that will handle a remote AND the screenlogic. I haven't tried it, but with I think you can connect an easytouch indoor unit to a screenlogic wireless link.

I spent the evening looking at pentairs website. Not the easiest thing to figure out how things are connected. But yeah, I think you're right, I need to have another tranciever for the wireless remote. I saw a tranciever pair online for $120. I'll go to my local pool store and see what they have, if I can in try to support local business.

And all of them just connect in on that single rs-485 port on the intellitouch motherboard? Cute interface, I just read the standard for signalling over rs-485. Up to 32 devices although the star topology pentair choose isn't the most robust implementation choice they could have made. But it's academic, it seems to work.
O

yeah, they connect to that port... you can connect multiple devices in parallel on the same terminal block or buy/build an "expansion" board that breaks the single comm connector into multiples (the swg surge board does this as well).
rs485 is actually a pretty solid choice for this type of control... it's proven, cheap, rugged, and plenty fast.
You must log in or register to reply here.
Share:
Facebook Reddit Pinterest Tumblr WhatsApp Email Link