I got a Pentair Warrior from Marina last July and unfortunately today I discovered that it no longer appears to be working. When I try to start it everything lights up and looks normal on the controller, but I get no lights on the robot itself, nor does it start to move. I tried disconnecting and reconnecting the cable where the robot plugs into the controller. I also opened up the robot enough to check to make sure that there was no debris in the impeller. Finally, I tried swiveling the cord a little at the swivel just to see if there might have been a bad connection there, but unfortunately nothing worked. Is there anything else I can try on my own or do I just need to give pentair a call on Monday? It’s less than a year old, so I believe that it should be covered under the warranty.

Its covered. Call Margaret or Seth at Marina's first, I believe and ask them.

I called Pentair back this morning and she said that they have run out of service providers in my area, so she would need to talk to the service manager to see what can be done. She just called back and let me know that they were going to be shipping a new robot to me and then I would ship the original one back to them.

She said that they no longer make the Warrior SE, so I would be upgraded to a Prowler. Although I’m not sure how much of an upgrade it is, as it doesn’t really look like the Prowler is any different than the Warrior.

The two look the same. Maybe they changed the name to make it more politically non-offensive! 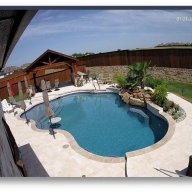 Just adding on to stay my Warrior SI has stopped working as well. It's 16 months old. I've emailed Marina but no reply yet. 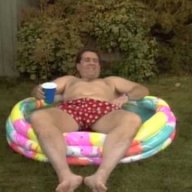 Brett S said:
She said that they no longer make the Warrior SE, so I would be upgraded to a Prowler. Although I’m not sure how much of an upgrade it is, as it doesn’t really look like the Prowler is any different than the Warrior.
Click to expand...

BowserB said:
The two look the same. Maybe they changed the name to make it more politically non-offensive!
Click to expand...

Bought (what I thought to be) Warrior SE from Marina in May 2020. Packaging was Warrior SE, Unit was Warrior SE . . . But when registering - Serial Number was Prowler! Marina didn't know what happened, so I guess I'll be eating it if it ever needs warranty service? 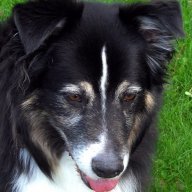 Has the Pentair Warrior SE been replaced with the Pentair Prowler 920?
Last edited: Aug 11, 2021

Don't know about product replacement. Just saying my unit looks every bit a Warrior SE (packaging box, color, labeling on the unit), but the serial number tag inside is that of a Prowler. Online registration kept failing until I finally tried register as Prowler instead of Warrior, and it completed. (That also kept me from getting the Pentair rebate that was being offered on the Warrior at the time ...)

EDIT: Just checked Pentair.com - Both Warrior SE and Prowler 920 are still listed as current models. That may answer availability (?)
Last edited: Aug 11, 2021
You must log in or register to reply here.