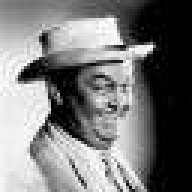 I've had trouble twice in the last two weeks getting my pump to start up. I've learned, probably from TFP, that if the water level in my pool is too low that the pump won't prime (right term?). That definetly was the cause several months ago.

Two weeks ago when the pump wouldn't start up that probably was the case. Once again I was having trouble one night this week. I came out to test my water and the pump wasn't running even though there was still about 30 minutes left on the 8 hour run for the day. The pump light was lit on my control panel but nothing was going. The overflow from the spa was wet so it appeared the pump had been running earlier in the day. I turned the pump off and on by pushing the pump button on my control panel, nothing. I switched to service mode and tried gain, nothing.

Learning from past troubles I looked at the water line. It was definitely above the skimmer intake and maybe an inch below the overflow drain. The pump basket was pretty clean but I cleaned it out anyway. After that didn't solve the problem I added water right up to the overflow drain (about 25 minutes from my refill line on my irrigation system). The pump would not start up in service mode but when I switched to pool mode I was able to start up the pump.

If you review my other posts you will quickly conclude that I have no idea what I am doing. So maybe I just don't have an accurate sense of where the water line needs to be for the pump to work properly. But I'm still in my warranty period so if I do have a problem, or could have a problem, I want to get it addressed.

Anyone have any thoughts?

The most common problem is that the pump will startup and run for several seconds, and then shutdown displaying a failed to prime error. Is that what is happening when you say it won't start? Or does nothing at all happen? Also, is any error light/message displayed on the pump display when your problem happens?

Thanks for the reply. Sorry that I didn't give you the courtesy of a prompt reply. I've been traveling, work is crazy, kids are busy....who cares?

Anyway, I think this is probably just a patience problem. It appears to be a failed to prime error that ultimately corrects itself after a number of attempts. There are no display errors that I've seen but I'm not always at the pump when it tries to fire up.

My FIL owned a healthclub with a outdoor lap pool and he told that they often had this issue but would just let it keep trying to prime and 99 times out of 100 it would if you just let it go. The pump has consistently started, eventually, for the past month. I'm typically not home when the schedule kicks off at 9:00 AM but it has always been running when I get home. Typically the kids have to turn the pump off to disconnect the Kreepy Krauly and then turn it back on and it is firing up then as well. The only time we've had a problem was when they didn't reconnect the Kreepy Krauly correctly and the pump shot the hose out and then revved like crazy and shut off. So we've had a lesson on pulling on the hose to make sure it is set in the valve.

So I think I'm good but I did want to thank you for the reply and share my observations.
You must log in or register to reply here.
Thread Status
Hello , This is an inactive thread. Any new postings here are unlikely to be seen or responded to by other members. You will get much more visibility by Starting A New Thread