I have a 3-year old Pentair IntelliFlo Variable Flow Pump, VF-3050. I'm doing a SLAM and noticed today that it is stopping about every 30 minutes for about 20-30 seconds, then restarting.

Here is what I have learned so far in my investigation:

Any ideas from the experts here, please?
Am I doing any more damage to the pump motor running it in this mode?

With all that checked out, I'm stumped and have never run into this with mine. Hopefully it's something simple someone else has run into. 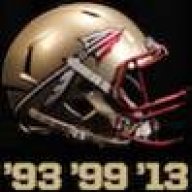 I'm going to guess its SVRS related and you're getting air. Maybe something in a vacuum line? Have you talked to Pentair?

There were some internet reports of incompatible firmware shutting off pumps when using military time rather than a 12-hour clock, but that sounds a bit fishy to me. I would look at SVRS shutdowns.

Not directly related, but I had a similar issue with my Pentair heater on automation and a part replacement was required.

When it stops, is the control panel lit and what does it say?
B

If I'm getting air, it's not very much, because there is very little air at the top of the pump pot. Also, the pump doesn't lose prime, just starts spooling right back up.

I'm not sure that I have the SVRS version. How can I tell? I have dual drains in the pool and attached spa, but I don't think the pimp says SVRS anywhere on it. At least I've never noticed it.

I've not called Pentair on this, just noticed it. Also, I'm out of warranty. I will try to call this this week and see what they say.

When it stops, the Intellitouch i9+3 control panel looks normal. It looks as thought the pump/motor are still running. Also, the relay never cycles like it would if the automation system were shutting the motor off and turning it back on.

Today I was outside working in the yard around it all day and I though towards the end of the day it seemed to be operating more normally.

I have one other possibility that could cause abnormal flowrate. Yesterday, I added an entire bag of salt to one skimmer. It all dissolved and went away within a few minutes, but I wonder if particles small enough to get through the skimmer basket could have an affect on flowrate. Perhaps at the Intellichlor. I doubt it, because Intellichlor wasn't signaling a flowrate problem and was working normally. Grasping at straws here.

Any time you are adding salt you should shut down the SWG, and not restart it until 24 hrs after the addition.

3050 is the designator for SVRS on pentair pumps.

btw, when adding salt in the future, dump it in the pool and brush it a little to dissolve. We don't favor adding any chemicals into the skimmer. More here, Pool School - Recommended Pool Chemicals
B

Is your pump connected to a constant 220 V source (i.e. connected directly to a pair of breakers, not relay contacts) as directed by the Pentair manual? Just wondering if something is interrupting power to your pump for some reason.

Another thing to try is dis-connecting the data cable from the pump and running the pump by itself. This might tell you if the problem is in your Intellitouch or the pump drive electronics.

I have an intelliflo 011018 pump, no automation system, except the solar control. When the pump is running on its own internal program, it checks the comm cable every 90 seconds for an external signal. I know this because you have to disable the external controller while programming the pump's program or it kicks you out of the programming mode every 90 seconds when it does that check.
B

I called Pentair. The Tech was stumped. The Tech said it is probably either the drive unit (drive controller I think would be a better name for this), or the Intellitouch board. Failing Intellitouch boards have apparently been known to "ghost" - or randomly turn stuff on and off. I doubt this is it, because I'm not hearing relays clicking on and off, and don't have another other strangeness going on.

Gary's questions:
Tech said to run pump without automation and see if it still does the random shutdown (like you suggested, Gary).
I had tried that over the weekend, but not with Intellitouch physically disconnected. I did that today, but wasn't watching it all day. It did slow the flowrate way down once. Checking the pump display, it showed a filter alert - filter blocked at 100%. I cleared this alarm and resumed running in manual mode. For me, a clean filter is about 9-10 psi at 28-30 gpm, and I clean or backwash at about 18-20 psi. Right now I am at about 14-15 psi at 30 gpm. I don't think this "blocked filter" would cause the randon restarts, because Intellitouch should be totally overriding the pump's status, right?

I checked the wiring. The pump motor is wired to a relay, but this is acceptable per my manual, and of course necessary for Intellitouch automation control. ("The pump should be permanently connected to either a circuit breaker, 2-pole timer or 2-pole relay.")

Chief's questions:
When the pump/motor goes into its random restart condition, there is no change to the display on the drive unit. It says "Display Not Active" like it always says when connected to Intellitouch. Same display when running, or when off during the 20 sec power up.

The Comms cable connection looks good. Clean and tight. No corrosion on contacts.

At this point, my guess is that my drive controller is failing or flaky, and I will just have to keep an eye on it and see if it gets worse. I had the drive controller replaced last year under warranty due to another anomaly, but the replacement didn't fix it. (The anomaly is that I get intermittent "Drive Temperature Warnings" from Intellitouch, during cold weather when the pump motor is OFF!) A bit of a bummer, I just noticed that my "new" drive controller that was replaced in 2015 has a build date of 2012...uncool. So maybe I got some no-fault-found field return/refurb unit.

Thanks guys for all the support and help. I don't think we can figure anything else out over the forum. I will post back if something changes. I see new drive controllers on Amazon for $650 (wow!) in case I need to go that route.
G

beels said:
I checked the wiring. The pump motor is wired to a relay, but this is acceptable per my manual, and of course necessary for Intellitouch automation control. ("The pump should be permanently connected to either a circuit breaker, 2-pole timer or 2-pole relay.")
Click to expand...

There is no reason on earth the pump should be connected to anything but a constant 220 V source. My Intellitouch manual supports this. The pump is always powered on and it controlled by the automation system.
B

gary300 said:
There is no reason on earth the pump should be connected to anything but a constant 220 V source. My Intellitouch manual supports this. The pump is always powered on and it controlled by the automation system.
Click to expand...

My pump motor certainly receives full-time power regardless of the relay, because the pump display is lit up whether or not the motor is activated via Intellitouch. I am always able to run the motor manually.

It is OK to wire it to the line side of a relay. You are waiting too long to clean the filter. We recommend cleaning/backwashing the filter when the pressure rises 20-25% above clean pressure.
B

Hi guys. I just wanted to report that my pump has been running normally for weeks now; no more random restarts. I'm guessing the issue had something to do with adding 2 bags of salt through the skimmer (which I know now not to do anymore). This may have caused an unusual or erratic flow rate that triggered the shutdowns over a period of nearly a week. This was possibly exacerbated by having a filter that needed to be cleaned, though the pump was operating normally before the filter was cleaned.

B
PB says Intelliflo VSF is maxed out at 75 gpm. Need some guidance