Opening pool - How important is pH level before SLAM? 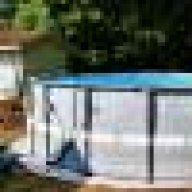 Hello. WEIRD spring weather this year had us opening pool a little later than usual. Water was a clear green (better than cloudy green ) with some detritus and TADPOLES of all things! Currently have the filter and auto-vac running due to downpouring of rain, but I did manage to do some testing in anticipation of SLAM:

My question is this; do I need to worry about raising the pH or adjusting anything else before the SLAM? I know CYA is very low, but I ran out of reagent today (oops) so I can't test again until order arrives next week-ish so I wasn't going to bother adding stabilizer until after the SLAM. Still vacuuming and brushing inbetween the torrents so I have time to correct certain chemicals before I start adding the shock if needed. I will be going from the SLAM to a brand new SWG which ideally wants a higher pH to run (7.5).

A ph of 7.2 is what is recommended for following the SLAM Process

You do want 30 ppm of CYA in the water. Otherwise you lose FC to the sun very rapidly.

Wow, thanks for the quick reply! I will add CYA as per the app as soon as it stops raining - (don't want to get wet...yet ?)
You must log in or register to reply here.
Share:
Facebook Reddit Pinterest Tumblr WhatsApp Email Link

R
Vacuuming leaves before or after adding chemicals after winterization

J
Doing another round of poly before officially opening?

K
Pump loses prime before we can get water low enough for winter closing?