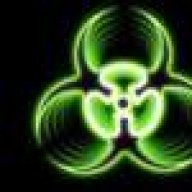 i dont like change
so i still use the old poolmath
just using it and found when entering pool size and then changing to metric the value is incorrect
Reactions: Yev

Do you have a smart-phone? You really should give the new Pool Math app a try. The learning curve is minimal, and once you get used to it you'll be kicking yourself for not switching over sooner. It's a much more useful tool...

Do you mean at the bottom, under "Estimating pool volume"? Just tried it, you are right.

When entering width, length and depth in m, and then changing to US: The units just change from m to ft without adjusting the values. E.g., a 75000 l pool becomes 560 gal instead of 19813 gal.

Here's a workaround: do your volume calculation in whatever system and get the number, then plug it in up top, then switch units. Because the actual poolmath part -- the table -- works just fine.

I still use the old calculator but now I expect it to disappear. I think that was in the works, but if it's creating problems, the easiest solution for the webmaster is to remove it. Thanks a heap.

Richard320 said:
but if it's creating problems
Click to expand...

I wouldn't really call it a problem - looks like no one had even noticed it until aussieta. It really only occurs when calculating the volume in one unit system and then changing to another unit system - not really an everyday scenario. I guess most people just use it these days for a quick calculation with the main table using an already known volume - and that works just fine. I'd hate to see it disappear.
Y

Dirk said:
Do you have a smart-phone? You really should give the new Pool Math app a try. The learning curve is minimal, and once you get used to it you'll be kicking yourself for not switching over sooner. It's a much more useful tool...
Click to expand...

I think it is fair to remember that lots of people do not have, and/or cannot afford a smart phone. You might think that all people with a pool are rich, but that is not always true.
Last edited: Jul 27, 2020
Reactions: Saturn94 and mgtfp

The old pool math HTML page is self-contained. You can copy it to your computer and run it locally.
Reactions: Dirk

Who said we’re deleting it?


From day 1 of the App my goal has been the same, and it’ll continue.....We’re putting our focus on the App and bringing it to as many devices as possible. All new “tools” we build will be built for the App and we’re not really losing sleep on upgrading the current web version. That said......

Jon and I are actively working to bring the App to a webpage. We’re actually at a point we’ve tested some code on our machines and we’re pleased with many items. That said, we’re a LONG ways off of being ready to send things “prime-time” and with how Covid has altered our work schedules, you can stress the word LONG even more.

That said, in the future we do plan on taking some steps to move even more people towards the App as it’s clearly our future. We’re very pleased with its progress and the support we’re getting from its users. When we do this I do 100% plan on keeping a version of the old webpage uploaded SOMEWHERE on the servers as it’s taking up almost zero resources, I’m just not gonna promise ya that it won’t be moved from its current “spot.” 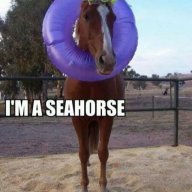 I tried the app, but still prefer the old Pool Math page.

Leebo said:
Jon and I are actively working to bring the App to a webpage.
Click to expand...