I got an old Dimension One spa as a flip tub. It was originally installed on unsupported gravel by an above ground pool, and over the next 15-20 years it settled, the gravel sank into the mud created by splashing kids in the pool, and the bottom frame rotted away. That's why I don't recommend gravel.
Fortunately for the owner, D1 makes a full-foam spa and the rotted wood did not destroy the spa.
The owner tried a diy frame rebuild but botched it and ended up with an unlevel, partial bottom frame held in place (barely) with spray foam. He then apparently used it for a little while before his controls crapped out and he upgraded to a newer used spa rather than fix his unlevel, ugly old D1. The word is that it does not leak and everything but the board or topside (he's not sure which) is working.
I have my doubts... 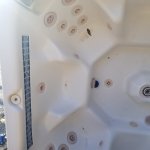 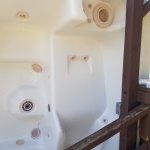 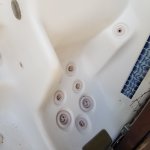 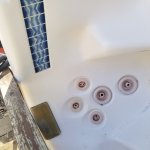 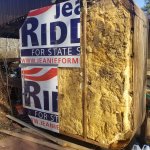 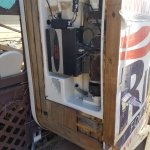 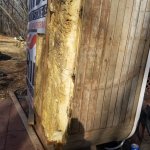 The shell is perfect, which is the main reason I took it, coupled with the fact that I have a box full of new/old D1 parts (unsold items taken off the shelves at a supplier that stopped selling D1 a decade ago). It also has a nearly new cover in perfect condition.
So far I have dug up along the vertical supports to find solid wood to attach to and finished the base. Leveled the base and screwed into the new vertical supports, and added some spray foam to support the new base position. 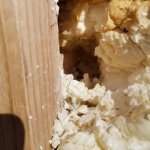 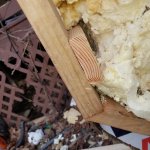 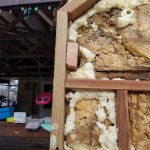 Now I am ready to get some helpers to set this monster down on blocks so I can test the equipment. Once that is going I will fill and run for a week or so to check for leaks (it takes a while to show in a full-foam). Then, if there are no leaks (doubtful), I can re-do the skirting with some beadboard or t1-11. Stain it and seal it, and kick it on down the road.
Best laid plans...

There is a ten pic limit on a post. Who knew? 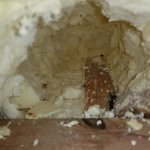 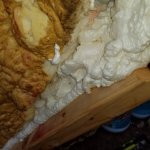 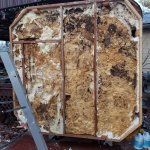 Yeah that was some rotten wood right there! What do you use to dig out the foam?

How will you find the leaks in all of that foam?

So besides concrete, what do you recommend?
R

kimkats said:
Yeah that was some rotten wood right there! What do you use to dig out the foam?

How will you find the leaks in all of that foam?
Click to expand...

Removing foam is easy with a nail bar and my hand. This is soft foam, not like hot springs. You can push your hand in and grab a chunk.
Once on blocks I will wait for it to drip, then track the water up to the leak. This is all open cell foam, and will not channel the water around like hot springs foam does. Much easier to work on. If it had removeable sides I would not necessarily need to block it up, I would use dowel rods to locate the leaks from the side, then stand it up if I need to get at the bottom.
I don't recommend anything but concrete, but if you must use pavers or a plastic spa pad on that gravel you'll probably be fine. Some folks build a wooden grid framework to contain several inches of gravel, which is only as good as the wood used.
Reactions: Arizonarob and kimkats
You must log in or register to reply here.
Share:
Facebook Reddit Pinterest Tumblr WhatsApp Email Link

Balboa board repair or replace?

M
D1 hot tub "leak": what is this part called and what is it's function?