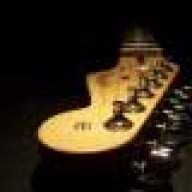 So, I've read WAY too many posts about no-drain acid washing over the last few days. I'm so confused! Can someone help me sort a few things out?

Background:
* 12,000 gallon in-ground pool
* Marcite/Plaster finish
* NOT salt water pool - just liquid chlorine
* Owned 4 years, nothing ever added since I purchased except for liquid chlorine, CYA as needed to maintain, baking soda, muriatic acid
* No algaecides or seqestrants used since I bought the house. No pucks. No shock.
* Drained 90% of water right after home purchase 4 years ago to get rid of sky-high CYA - replaced with city water.
* Pool is full year-round (Florida)
* No heater or chlorination system, just manual chlorine additions
* DE Filter, single speed pump

Pool had some slight orange/grey staining when we moved in, mainly on bottom and walls. When I drained the pool to change the water, I made a weak solution of ascorbic acid in water and was able to quickly scrub much of the staining off with a bristle brush. Much of the resulting water was pumped to waste as the pool drained. Pool looked like new - fantastic!

Now several years later the stains have returned - it's been a slow process, not abrupt due to some kind of strange water or chemical input. I suspect my fill water (city water) has some iron in it that has accumulated and slowly deposited. It has happened so slowly that I didn't really notice until this spring as the pool started to warm and I got ready to dial it in for summer use.

I've tested some of the stained areas for ease of removal using some crushed vitamin C tabs in a sock. Staining lifted relatively quickly in the area where I left the sock for maybe 10 minutes. Brushed the spot and the plaster looks much cleaner/better. Pretty sure at this point that the stains are Iron. I doubt that it's scale as I keep my CSI slightly negative. I have had a few times (mainly during short vacations) where pH has crept up and probably stayed higher than I'd like (7.8 - 8) for maybe a week or so before I could correct it.

So - I think I'd like to try a no-drain acid wash but I have some questions:

1. Is there really a difference between using AA (ascorbic acid) to drop the pH as opposed to just using muriatic acid to do the same?
2. Is it really necessary to use polyquat during this process? I'm under the impression that the low pH established during the wash would create a pretty hostile environment for any algae that might try to take hold.
3. I've been trying to make sense of all the myriad different sequestrants that are available. Some have suggested Jack's Magenta (stronger), other threads seem to say Jack's Blue, some say Metal Magic. Some of these products claim to produce filterable metal compounds that would be removed from the pool and reduce future staining potential. What is the collective opinion of the group on these products? If they don't actually produce filterable material, are they effective sequestrants as far as future stain prevention?
4. I read somewhere that, although Jack's Magenta was a good choice, even for a non-SWG pool, that it is incompatible with Polyquat and could cause clouding problems. True?
5. Conversely, I've read that other popular sequestrants will elevate phosphorous and make for future algae problems. True?
6. Related to rebalancing water after the acid wash, regardless of which acid is used, I've read to (a) use baking soda to restore TA to target level, then slowly add chlorine until level holds, (b) use washing soda to re-establish pH, then baking soda to restore TA, then slowly add chlorine, (c) use Borax to raise pH and TA, finalize TA adjustment with baking soda, then slowly add chlorine, (d) use methods in (a), (b), or (c) to restore pH and TA, then shock. I think I've seen other combinations recommended but these seem to be the dominant themes. What is the group concensus, if there is one?

Really appreciate any thoughts or advice!

For iron stains, you do not use a no drain acid wash. You do an Ascorbic Acid treatment.

Thanks for the reply! I've read that post you linked to several times in the last couple of days.

I guess that's kind of the root of my confusion. It appears that the terms "No Drain Acid Wash" and "Ascorbic Acid Treatment" are used, at times, interchangeably. I suppose it's possible that some of my more stubborn stains could be from copper (maybe the prior homeowner used a copper-based product - I don't know). There were some areas I scrubbed during the drain/fill I described that didn't come as clean as others.

I guess what I'm trying to figure out is whether use of muriatic acid instead of AA would be effective in removing the iron staining? Would it just NOT work? If there is staining from past use of copper-based stuff, would muriatic acid address it more effectively than AA? Is there a downside to using MA instead of AA?

No. They are NOT interchangeable.

A no-drain acid wash is a zero alkalinity treatment intended to remove calcium scale. It uses MA to reduce the TA to zero with a resultant pH of less than 4.5.

An AA treatment is for iron staining. AA only lowers the pH to about 6.5 but does not zero out the TA. AA effectively reduces the iron to a more soluble form without damaging plaster. The sequestrant then “locks up” the iron and keeps on a soluble form.

You must use polyquat. The pH is not low enough to be sanitary and AA acts like a nutrient for algae. Generally speaking, pH changes alone are not enough to kill algae.

You need to do an AA treatment abs follow the protocol set out on TFP. Metal Magic and Jacks Magic are both fine sequestrants. Just pick one you can easily find.
Reactions: sfbayjay
You must log in or register to reply here.