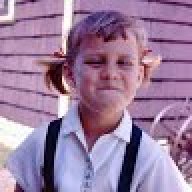 Hi! I'm new to this forum but not new to pool ownership. Have owned my AG 20K pool for 17 years with virtually no problems until this year that I attributed to a late opening (first of June - bad idea in Alabama!). It has taken me a bit to get the pool to this point, but I decided I needed to be responsible for my own testing. The pool store I had been using for years and that did a great job for me (I almost never needed any chemicals, other than some bicarb due to high amounts of rainfall) closed one of their two stores that was conveniently close to me. The other is too far away to justify going there just for testing. So, I knew about the TFP site as I had searched on it before, and thus ordered a Taylor K-2006C test kit to start. I've been dabbling for the last week and would now like to see what recommendations the "pros" on this site can give me regarding my readings. Today they are:
FC=2.2
CC=0.4
TC=2.6
pH=7.4
TA=90
CYA=42-43
CA=325
Water temp=86 degrees

I initially had a problem with getting any chlorine to register which I attributed to algae overgrowth, but after multiple SLAMs of 10% chlorine, I am now seeing stable readings.

Thanks for any recommendations!
Reactions: Msch99

Welcome to the forum!
Great job on getting a quality test kit.
CYA - round up - 50 ppm is yours.
FC - too low. Need to add chlorine now. See Recommended Levels
Did you follow the SLAM Process to full completion? You had to have this test kit to do that.
When you test FC in the future, use a 10ml water sample. One heaping scoop of powder, each drop of reagent to clear is 0.5ppm FC.
I suggest you read ABC's of Pool Water Chemistry.
You must log in or register to reply here.
Share:
Facebook Reddit Pinterest Tumblr WhatsApp Email Link

D
Wanting as low a FC as possible for SWG pool.

R
wanting to add another skimmer

B
Need a little reassurance