I'm new to the forum and have a few questions about re-opening our pool. The pool is a large, rectangular, poured concrete inground pool with what looks like a thin layer of plaster on the concrete and several various layers of paint over it. I believe it was built in the late 60's and its about 45k +/- gallons.


We bought the house last year, but did not have the time to open the pool until now. We live in Northeast PA. The pool was not opened for 2-3 years before we bought the house, and it wasn't opened last year either, Also the pool doesn't have any kind of cover. When we moved in, the pool was half filled with black water. From that time until about 1-2 months ago when I drained it, the pool continued to fill with rain water to about 6 inches below the tile water line. It seemed to hold water so I don't believe there are any (major) leaks. After removing about a 3-4 inch thick layer of leaves, etc from the pool, I pressure washed it probably 3-4 times and did an acid bath. I also cut out about 5-6 larger cracks and fixed them with hydraulic cement, then a layer of pool plaster patch over it. It looks like the cracks have been there for some time as there was some kind of epoxy or patch in them. So it should be good for a while until I can do a complete refinish of it. The neighbors say it was a very well cared for pool, being drained and painted regularly, up until that 3-4 years ago timeframe.


Anyway, I started filling it with city tap water from 2 hoses on Saturday about noon. It will be finished sometime this afternoon. The water has stayed clear while filling. I have the Taylor K-2006 test kit and performed initial testing yesterday. Here are the results...


I don't really know much about pools, but I've been trying to read and learn as much as I could the last few weeks. I've decided to reopen the pool following the TFP method. Correct me if I'm wrong, but it seems like I will need to SLAM the pool. But the Chlorine/CYA Chart doesn't list anything for 0 CYA. So should I interpolate and go for a Shock FC of 6-8? If so, according to Pool Math I need to add the following...


I'd like to start it up this evening and get the chemicals into it right after. Please comment if I'm on the right track or if I should do something differently. 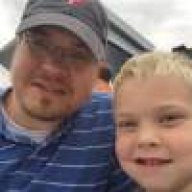 Get some FC in there. I don't think there's need to shock if the water is still clear. I'd say 2-3 ppm each evening as it will burn off in the sunlight without CYA. Next is pH - those values look about right but do the washing soda (sodium carbonate) first as it will also raise TA some. Retest TA after your pH is within range and recalculate how much baking soda you'll need. Calcium chloride looks right.

Start getting your stabilizer dissolving during this time as well. Many people here put it in a sock and hang it in front of a return jet to slowly dissolve.

Hello Chris and welcome to TFP!

When we refilled a pool completely, we don't always need to SLAM, but your CC is elevated so we'll see. You can definitely expect to do the following at a minimum:
- Add stabilizer for a CYA target of 30; if you're not familiar with how to soak granular stabilizer let us know.
- Add enough bleach on Day 1 to get FC to about 3 ppm; once the stabilizer is all dissolved, then increase FC to about 4-6.
- Leave pH alone for now in case you do have to SLAM
- TA should be raised at least to about 50-60 with baking soda
- CH .. yes, raise that to the minimum 250 as well. It may cause cloudiness for a day or two. Now if you have really hard water, you can add chemicals to stay slightly under 250 and just rely on your summer refilling to increase as time goes on too.

Before we assume SLAM, I would be included to let everything mix for a few hours. If the CC is still elevated over 0.5, increase FC to about 10 for a day or so. See how your CC and other tests respond. If after a day or so there is still doubt, you can perform an overnight (OCLT) test to confirm algae and/or go right to a SLAM. Hope that helps.