I have a Macintosh, so I can't use BleachCalc

Instead, I created a web page that can do many of the things that BleachCalc does, here. I haven't double checked the calculations yet but it looks fairly solid. The PH adjustments will be off sometimes, I can't seem to figure out the right way to calculate the alkalinity correction.

I would love it if people could take a look and make suggestions or point out problems!

Ah, silly me. Fixed now. Thanks for the report!

Nice work. Let me know when you have the bugs worked out and we'll make it a sticky!

Very nice that you include amounts by weight or volume! Also love that it is all on one sheet, so you could print it out and take back to the pool instead of running back and forth.

I wonder if there is a way to change units of measure (for our canadian metric-loving friends?) or to convert to gallons like the bleachcalc (instead of 168 oz, it could say 1 gallon + 1 quart + 1 cup)

Otherwise it is very user-friendly! I did not even have to hit calculate... I just clicked somewhere outside the fields.
D

Great Work Jason. I also think it will be handy to have everything on one page and both measurements included.

A suggestion: is it possible to add a button that will clear the fields entries similar to the Calculate button. The form Calculates automatically when I tab from field to field so is the Calculate Button even needed?

Again, Thanks for the great job. 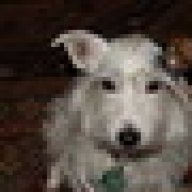 Nice layout, thanks for the effort. I agree having everything on a one page is handy.

DrC said:
A suggestion: is it possible to add a button that will clear the fields entries similar to the Calculate button. The form Calculates automatically when I tab from field to field so is the Calculate Button even needed?
Click to expand...

The calculate button is redundant. I put it there for people who type in a number and then sit there scratching their head trying to figure out what to do to get the result to appear. I figure that it never hurts to have more than one way to do things.

You can reset all of the fields by pressing reload in your browser. I am not sure exactly why you would want to do that though.
B

Jason, what a nice thing to do. Thanks!

The Mermaid Queen said:
I wonder if there is a way to change units of measure (for our canadian metric-loving friends?) or to convert to gallons like the bleachcalc (instead of 168 oz, it could say 1 gallon + 1 quart + 1 cup)
Click to expand...

This morning I added a field at the bottom that shows gallons/quarts/cups/oz or lbs/oz for which ever field the mouse is over.

Metric conversions are going to take a little while longer. :-D
G

Did some more quick checks on your calculator and it seems to be working pretty well now. You might want to consider adding calculations for borates (both the decahydrate -20 mule team, and the pentahydrate forms) for people who are considering adding 30-50 ppm borates to their water and include the amount of muriatic acid or sodium bisulfate needed to bring the pH back in line. this would really complete it!

Really nice job. One question tho, and somebody can slap me later if this is an ignorant one...

Thanks for your hard work in making this nifty tool and keeping this forum going!!

My understanding of the strength of bleach comes from this thread over at the PoolForum. If you wade through it it seem that the trade % is the number we really want, which it turns out is not either of the two percentages printed on the bottle. 6% bleach has a trade % of 6.2, which means that it is just a little stronger than everyone assumes. In practice the actual delivered strength of different bottles of bleach is going to vary by far more than this so it really doesn't mater.

Rules of thumb, such as "use the % on the bottle to indicate ppm in 10,000 gallons" are "good enough", falling well within the range of what will be experienced in the real world. When doing the math in your head use the rule of thumb. I though that for the calculator I would try to be closer to the ideal numbers.

Ahhh! Thanks for that succinct yet understandable explanation!! And thanks for taking the time to do the calculator 'right' and not just the 'short-cut' way!
C

Calculating how much acid or base it takes to change the pH is hard. It not only depends on the TA, but also on the pH range (and on Borates and CYA). It takes over 3.5 times as much acid to lower the pH from 7.2 to 7.0 than it does from 8.0 to 7.8 (both at a TA of 100). Also, calculating the change in pH and TA from various chemicals is also hard. I've tried to find simpler ways to calculate them, but haven't had success beyond my "so complex it hurts" spreadsheet (which you can use for some verifications here, except for volumes that I haven't updated in some cases with data from here).

As an example of problems with densities, your calculator says that 23 ounces weight of Soda Ash is 9 fluid ounces of volume and that's what my spreadsheet says (8.7), but in fact it's more like 20 fluid ounces in volume since the density in my spreadsheet is for a pure solid crystal (apparently) and not powder. So double check the volumes against the thread I linked to noting that a density of 0.9586 g/ml means that one ounce weight is one fluid ounce volume so you can scale accordingly. The spreadsheet is accurate for weight, but not for volume and besides density varies depending on manufacturing (size of granules or powder) so is not as dependable. It's OK as a rough guide and of course anyone can measure the density for a product they have (using a scale) and then use volume for that same product/brand in the future. That's what I do. In Europe, almost all measurements are done by weight, including recipes -- seems everyone's got a scale.

Perhaps you could have an initial default set of densities (ounces weight per cup, for example) and let users enter in adjustments for that which you can store in a cookie (plus a "reset density defaults" button in case someone wants to start over). I've thought about doing that for the spreadsheet, but never quite got around to it except for a couple of chemicals.

The evening update is now available, same URL as before. I have added a calculation for borates using borax and muriatic acid. Pentahydrate and dry acid will need to wait for a little while (sorry waterbear). I have also updated several of the volume calculations from Richards table (thanks Richard!).
D

Thanks Jason... one-stop shopping for pool calculations! Always updated! This is a great tool.

Wow, what a great tool for those of us who aren't chemistry geeks. - No offense ChemGeek! :-D So much easier to have all of the calculations in one sheet instead of separate. I was always having to ask someone for help calculating chemical quantities. Thanks for sharing!

Thanks a million. Even if its just ballpark I am better off than figuring this stuff in my head. I can't ever seem to figure out how much of this or how much of that makes things go where. I think the problem I have is I hardly ever have to fix stuff (knock on wood) I just tote and fetch bleach all the time. Everything else just kind of takes care of itself with the BBB method. A little cya here to raise it and a little acid to lower ph and maybe a little baking soda here and there every so often and that's all I have to do.

A new update is now available, same URL as before. I have added dichlor, trichlor, and cal-hypo as options for raising FC and a pool volume calculation.
You must log in or register to reply here.
Share:
Facebook Reddit Pinterest Tumblr WhatsApp Email Link

Pool calculator in another language