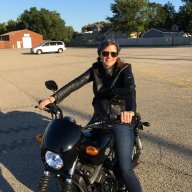 Glad I opened the pool fairly early because I fired it up on Sunday and found it was time to replace my inherited sand filter and pump. Made the purchase yesterday and was (supposedly) provided with all necessary equipment. I really love this store but it feels like something isn't right or possibly its user error.

The new sand filter is a Pentair Cristal-Flo II. Pump is a Blue Torrent 2-speed. The photo shows the hoses, connectors, and unions that were either provided or purchased. Can anyone tell just by looking at the photo how these things are supposed to fit together? No matter what combination I try something doesn't fit. They are 1.5 inch unions. My old set up used o-ring clamps, so I'm new to the whole union thing.

I also have two gate valves on order per the recommendation by Blue Torrent for pump set up. One side has a threaded opening and the other side is smooth.

Thanks as always, and good luck to all those opening their pools for the season.

Is that all they gave you? The white piece typically screws into the bottom of your skimmer for a hose to be clamped to it. Same white piece can be screwed into a return fitting, also meant to clamp a hose to it. Do you only have one hose there, or two?

I can‘t see the black piece well enough... can you show a different angle?

Thanks for your reply. Here's hopefully a better photo of the parts. The two white pieces and the black unions on the left side of the picture are what I got from the store along with the hose (two of the same). The 4 parts on the right side are extras I have from the previous owners. Not pictured is a flexible PVC pipe and union that I was able to install without issue.

Now that I'm starting fresh with new equipment, I'm trying to stay away from using clamps since I haven't had a ton of luck with that set up.

I've also watched a large number of YouTube videos to try and figure this out, but 99.9% of them have PVC pipe set ups which I am not interested in doing (at least not yet).

Wondering if I need to take all the parts back to the store and not leave there until whatever combination of parts fit together. It's a long drive, so I've been trying to avoid that if possible.

What kind of pool is it? The leftover gray bits look like Intex style adapters.

The black fittings appear to be half of a union that looks like it will screw onto the filter. Does it?

You have a conglomeration of bits and pieces and which ones you use will depend on how you decide to do your plumbing. You can do hoses with clamps, or build your own hoses with flex PVC, or hard plumb.

The new white pieces are hose barbs, one for skimmer and one for return. I don’t have any experience with whether or not those hose ends will fit snugly enough not to leak under pressure. And then you still have to connect hoses to pump and filter.

It's definitely bits and pieces left over from previous owners. I believe the pool is doughboy but am not certain. It's definitely not Intex.
I called the store earlier today and asked "what gives" and they explained the the flex PVC is for the pump to filter connection and the other regular hoses are intended for the connections to/from pool with O-ring clamps. My intention was to move to all screw on unions but at least now I understand what they had in mind.
At this point I really just want to get it going so my clean pool doesn't start turning green because it's been stagnant for a week now with no cover.
Lesson learned: don't leave the store until you're sure how everything fits together!
Thanks again for the help.

You bet. Hook it up with the hoses for now - then take your time developing your permanent plan.

More questions:
- If using flex PVC and unions, is it still advisable to use teflon tape as well? The reason I ask is because I have used it and am still experiencing some leaking.
- Is the primary purpose of using hard PVC durability? I've read that pump manufacturers don't recommend them due to the elbows impacting flow rates, but so many people still use it.

Elwood5487 said:
More questions:
- If using flex PVC and unions, is it still advisable to use teflon tape as well? The reason I ask is because I have used it and am still experiencing some leaking.
- Is the primary purpose of using hard PVC durability? I've read that pump manufacturers don't recommend them due to the elbows impacting flow rates, but so many people still use it.

I glued my flex PVC into the couplings, just like regular PVC. For my threaded bits, I used pool lube (silicon) on the threads and o-rings. Helps to get a good seal. I’ve used Teflon tape before but had dripping, just like you said, so I scrapped it.

As long as your pump is properly sized and you don’t get crazy with the elbows, you shouldn‘t notice decreased flow rate. Yes, hard (or flex) PVC is way more durable than your standard hose. I’ve had a few of those break on me, especially in the hot Florida sun.

Well I just have the loveliest of problems today. Thankfully, I opened my pool early this season because I've been experiencing issue after issue so far. Tried to start up the pool last Sunday to find it was time to replace a very old sand filter and pump. Today, I'm trying to install the sand filter (first time ever). Followed the instructions; got the water and sand added. Reach the part where I'm supposed to attach the clamps only to find one side of the pipe/laterals must have been uneven because there's a gap where I'm supposed to place the clamp.
This is a pentair crystal-flo by the way.

To make matters worse, I attempt to lift off the valve attachment only to find that I inadvertently lifted up the pipe and laterals as well.
So now the pipe is probably 1.5 inches out of the sand filter.

Is there a trick to try and reposition them without dumping out all the brand new sand? Pretty please with pickles on top?

Ugh, I’m sorry. It’s a pain, but to make sure your laterals are properly positioned AND you don’t inadvertently break them, I would dump sand and start at beginning.

kellyfair said:
Ugh, I’m sorry. It’s a pain, but to make sure your laterals are properly positioned AND you don’t inadvertently break them, I would dump sand and start at beginning.
Click to expand...

I figured, but had to ask. Thanks.
Reactions: kellyfair

Sand filter emptied. This black plug protrudes into the filter and will block the laterals from spinning unless the laterals and pipe sit higher up, which then gets me back to my original issue of not being able to assemble the top. I did not touch this plug inside or outside except to ensure it was tightened. What am I doing wrong?

The laterals don’t spin, they are stationary.

kellyfair said:
The laterals don’t spin, they are stationary.
Click to expand...

Jeez, now I really feel like a newb. Always just assumed that they did. Thanks for the quick replies. Much appreciated.

Elwood5487 said:
Jeez, now I really feel like a newb. Always just assumed that they did. Thanks for the quick replies. Much appreciated.
Click to expand...

You bet, and don’t worry. We’re all newbies in one area or another!
You must log in or register to reply here.
Thread Status
Hello , There was no answer in this thread for more than 60 days.
It can take a long time to get an up-to-date response or contact with relevant users.

I
Switching my intex pump to a Hayward -- what about the hoses?