My Pentair Superflo VS (model 342000, in service since 2014) died 2 hours after pool opening. It was running fine and just cut out. No LED lights are on, but the circuit breaker was not tripped, so the problem must lie in the pump. Perhaps wiring in the control module is fried (trying to figure this out), but I assume the motor is dead and I can't figure out the replacment motor for this. This is an older model Superflo VS without the LCD screen, and the parts available on line aren't so clear to me. The motor model number reads M48AA95A03, the manual lists a replacement part called motor/drive part nr. 358020Z . Doing a google search for either of these numbers comes up with nothing that looks the same so if someone can help me figure out what part I need, I would be grateful.
(UPDATED) It looks to me like Pentair has abandoned anything to do with this model. Its completely absent from their website, and I described how none of the parts I found on line look the same, they look like they all belong to the updated model, which I dont think fits this one.
Last edited: May 27, 2020

Have you contacted Inyo Pools and see what they suggest?

Have you actually checked the input voltage at the pump with a voltmeter?

That is the very first thing you need to do.. 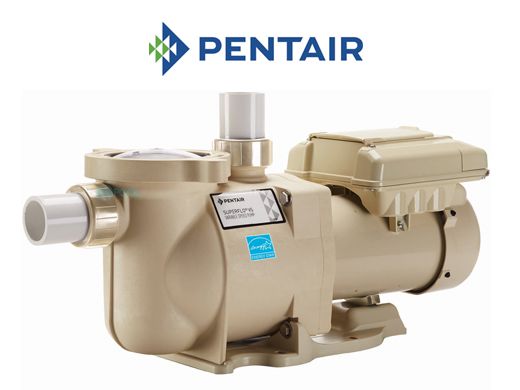 ajw22 said:
Have you contacted Inyo Pools and see what they suggest?

No, I haven't, and at this point I think I'm going to just bite the bullet and replace the pump. I've never consulted with them on anything, I always come here first. Based on your suggestion I'll pursue it with INYO to see if its possible to rebuild this pump and keep it as a spare, or pass it along to someone else.
C

Have you actually checked the input voltage at the pump with a voltmeter?

That is the very first thing you need to do..

It looks like its actually getting power but now but the pump does trip the circuit breaker just after plugging it in (not even starting the pump just plugging it in) and the fault LED comes on immediately.

Now that sounds like a bad pump or control head...

I say this assuming the power goes from the circuit breaker to the pump and nowhere else.. If it goes somewhere else, then that could also be the problem..

Jim R.
You must log in or register to reply here.
Thread Status
Hello , There was no answer in this thread for more than 60 days.
It can take a long time to get an up-to-date response or contact with relevant users.

Pumps, Filters, and Plumbing Mar 28, 2021
galatorre
G
D
Pentair Keypad Relocation Confusion! Will it work with my model VS...or NOT?

H
Pentair SuperFlo VS For Sale