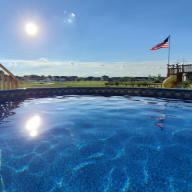 This is my third year with a pool, first with a steel sided AGP. Last few years have been pretty easy - I test every other day, keep levels in check and things have been great.

Early this year, I noticed things were getting cloudy and I had a dark colored silt on the bottom. Vacuuming it seemed to help, but it stayed cloudy and the silt returned in a few hours of no activity. I went in with the SLAM process, and after 3-4 days things cleared up, and I was able to pass the OCLT. BUT - I still had the extremely fine, dark colored silt on the bottom. I figured it might be too small to be filtered by the sand filter, so I did a vac to waste to get rid of it. After the pump ran a day or two normally, there was some more silt.
I also vac'd that to waste, and for a few weeks, things were back to normal.

But now it seems like every week, I have to raise CL levels and end up with some more silt to get rid of. I have a vinyl liner, no pool fixtures or anything but stairs. The stairs are all plastic with the exception of some rubber inserts on the steps for traction (Soft Touch Above Ground Pool Steps) I did not think of it at the time, but I am not going to brush them and and see if that helps. I did see some white residue on the sides and underside of some of the rubber - could that be causing a re-infection of algae?

I don't seem to get any blooms, but I am constantly getting silt, like it's there and being killed in an ongoing way. Every time I test I knock the CL back up to 10ppm, fearing if I let it slip i'm going to have a battle on my hands.

As with most parts of the country, it's been very dry here this year, so I'm wondering maybe i'm getting way more airborne algae than past years? Is that a thing? Both my neighbors on either side of me have similar 18' round AGPs and both have also dealt with this similar problem. One of them had it go green, and even with 4-5 days at a CL level of 30-40ppm there was virtually no change, we opted to drain and refill (water is cheap in ND, $4.15/1000gal)

Anyways - Just looking for any tips or anything I may be missing. Last year I had months of a clear pool with the minimal maintenance, and I had the same steps in as well.

This was the pool after SLAM - 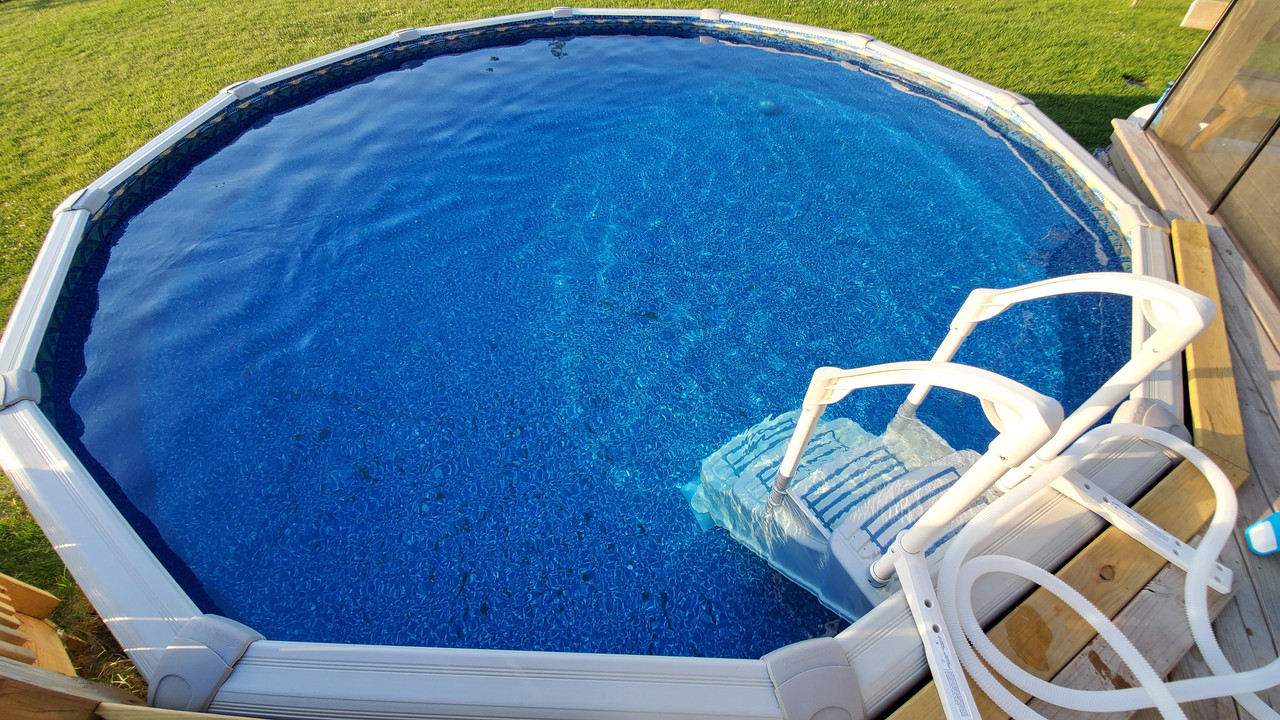 If the stairs have any hollows on the underneath you might have poor circulation in that area. So your high FC water is not doing it's job and your algae comes back. Try removing the stairs and seeing what happens.
N

+1. Those stairs and any of the similar ‘wedding cakes’ have foiled many, many a member. Some were several SLAMs in before they had the AHA moment.

Is there a good way to completely clean the stairs? Just dump straight bleach on them and scrub? Or will just letting them dry 100% do the job?
N

Make up a strong bleach concoction, no need to go full strength. 10:1 is probably plenty and more user friendly.

Cool - i'll check that out.

I'm at a rate of about 2 ppm CL loss from day to day with no activity in the pool.
N

Gopherboy6956 said:
I'm at a rate of about 2 ppm CL loss from day to day with no activity in the pool.
Click to expand...

Your daily loss will always be towards the bottom of the 2-4 ppm average being in ND, but still, the days are long even by you right now. Errr….. longer when they were in April. Lol.

Just to update - Last week I unhooked the stairs, removed the rubber step grips, scrubbed the stairs and vac'd to waste what was in the pool. Popped the CL up to 15, and hoped for the best. Well the day after CL was at 14, and 3 days later is was still at 13. I think that's a victory. I haven't put the rubber step inserts back in, might actually just leave them off as they seem like the culprit - they were real scuzzy on the sides and undesides when I scrubbed them in the sink with bleach water - and they don't really add a whole lot to the grip factor with the deep grooves they sit in working well as is.

I see I have probably one more vac to waste and I should be good to go - the silt hasn't increased at all day over day.

Thanks for the tips!
Reactions: Newdude
You must log in or register to reply here.
Thread Status
Hello , This is an inactive thread. Any new postings here are unlikely to be seen or responded to by other members. You will get much more visibility by Starting A New Thread

Clear water but dead algae on bottom of pool

A
Newbie here having pool issues